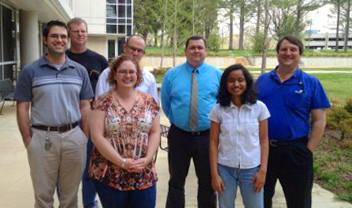 HUNTSVILLE, Ala. — A team of students from The University of Alabama in Huntsville won two awards during a recent modeling and simulation competition.

Students from the university's Computer Science Department and the Center for Modeling and Simulation won the Pitch Interoperability Award and the Board of Directors Award at the "Simulation Interoperability Standards Organization Smackdown," an event sponsored by NASA in Orlando, Fla.

The Pitch Interoperability award was given to the UAHuntsville team for superior collaboration with the other teams, and the Board of Directors award was provided for effective use of the interoperability protocol standard.

Teams of students from universities around the world develop sophisticated computer simulations that interoperate, or work together, in real-time to simulate a lunar exploration scenario, according to faculty advisor Dr. Mikel Petty.

During this event, each of the simulations modeled a part of the scenario, such as a lunar rover, a transport spacecraft, or a communications satellite. 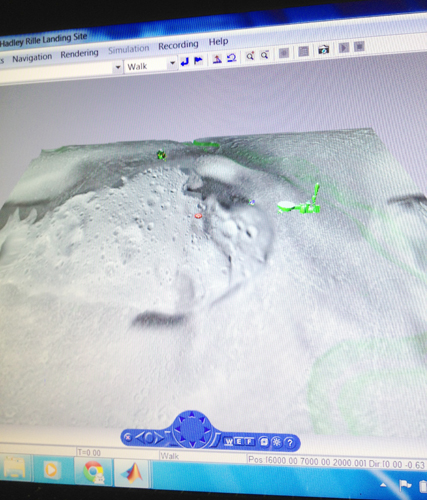 Teams of students from universities around the world developed sophisticated computer simulations that interoperate, or work together, in real-time to simulate a lunar exploration scenario in a recent competition.

In addition to UAHuntsville, this year's event included teams from the Massachusetts Institute of Technology, Pennsylvania State University, Technion (Israel), University of Genoa (Italy), and Marconi University (Italy).  The teams demonstrated their simulations in front of an audience of industry and government officials at the Simulation Interoperability Workshop conference.

The UAHuntsville team consisted of the eight students from the UAHuntsville course "Collaborative Construction of Virtual Environments" course, taught by Dr. Mikel Petty.

The Pitch award (Pitch, a Swedish software company, was a corporate sponsor of the event) included a new iPad tablet computer, which was presented to the team by Pitch's corporate president. The team is engaged in implementing a replay of the lunar exploration scenario in the Second Life online virtual environment.