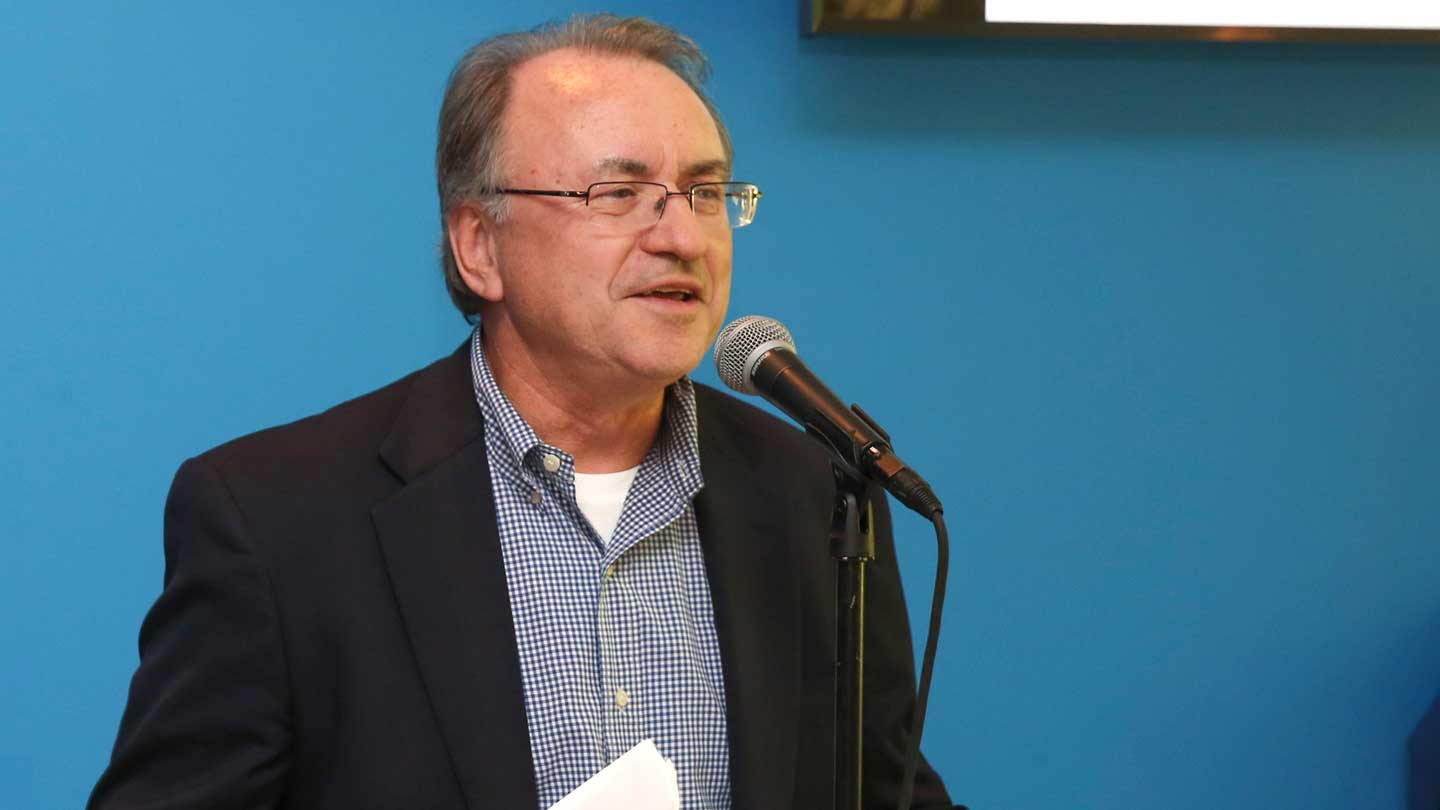 It was Vince Lombardi, the famous football player, coach and executive who voiced the unforgettable salute for the doer: "It is time for us to stand and cheer for the doer, the achiever, the one who recognizes the challenge and does something about it."

The adage suits Ray M. Pinner, perfectly. Pinner, Senior Vice President for Finance and Administration at The University of Alabama in Huntsville (UAH) will retire on June 30, after nearly 25 years of managing the university's financial interests.

A native of Paducah, KY, he began his tenure at the university in 1994, as Assistant Vice President in the Department of Finance and Budgets, directed by Jerry Quick. At the time, Pinner said, UAH had approximately $6 million in the bank (worth $9,935,473 in today's money), but most of it was obligated. "I always thought that my most important duty was to make sure that the university had enough money to operate smoothly."

Fast forward to 2008, when Pinner's financial skills overseeing the university would be severely tested. UAH's funding from the State of Alabama was permanently cut for two consecutive years. "UAH has never recovered," said Pinner. "The university is operating with $14 million less than we had nine years ago, making it much more difficult to balance the budget."

But thanks to quality management and financial skills led by Pinner and the university's administration, and the resilience of the UAH community the financial picture is looking a little rosier.

"We now have a healthy balance which can be used for major acquisitions, capital projects, and a cushion for financial uncertainty," said Pinner. "These funds also generate significant investment income that helps the operating budget. We were able to pay cash for the new $24.5 million Student Services Building by using savings accumulated over many years."

While the university has experienced some lean years, Pinner pointed out some very visible campus changes. Specifically, the conversion from a "primarily commuter campus to a residential student-oriented campus. Many new facilities have been built to accomplish this objective: three new residence halls with a fourth currently under construction, a new student center, our new Student Services Building, Greek housing, and many other buildings over the past 20 plus years."

As retirement nears, Pinner is looking forward to spending more time with his beautiful wife, Tatiana and family including their new grandson, Kai William Porter. Pinner is considering some higher education consulting work, too. He is an avid tennis player and will resume playing competitive table tennis. "I also plan to learn how to play pickle ball (paddle sport), an old man version of tennis."

"I will miss the wonderful people at UAH that I had the chance to meet and work with for many years," he said. "We managed to maintain stability in the division through many administrative changes, with many experienced and long-term managers." Prior to working at UAH, Pinner served as Associate Vice President for Management and Budgets at The University of Kentucky, and Controller and Director of Budgets and Management Information at Morehead State University.

He earned a BA in Business Administration from Murray State University and an MBA from Morehead, both schools are located in Kentucky.

Pinner said he would like UAH to remember him as someone who made sure that the university had financial and physical resources to sustain and grow. And, as someone who "left it better than he found it."