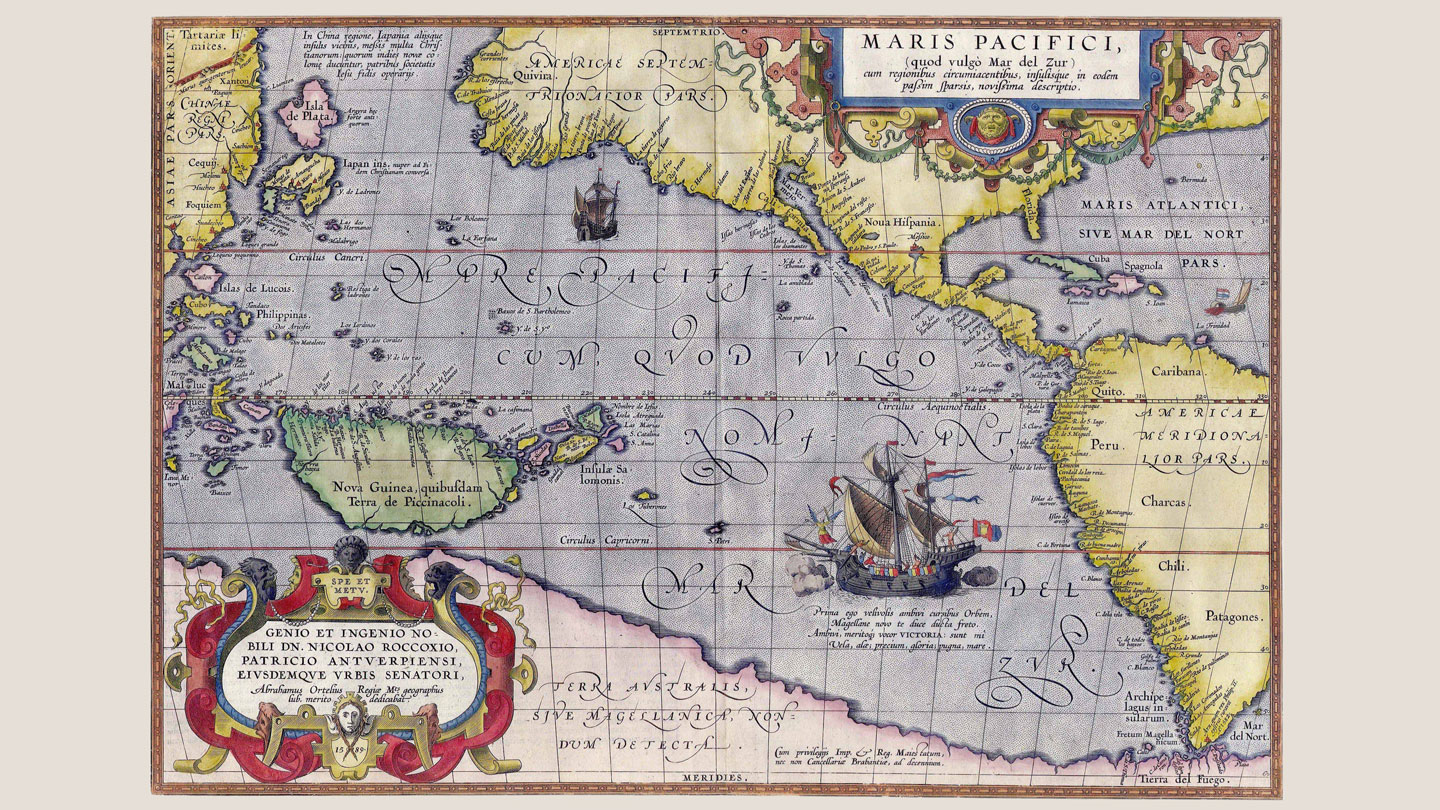 It might be surprising to learn that Dr. Phil Ligrani, Eminent Scholar in Propulsion and Professor of Mechanical and Aerospace Engineering at The University of Alabama in Huntsville (UAH), is an avid antique collector. His most exciting find to date? An original hand-colored copperplate lithograph of Abraham Ortelius' Maris Pacifici, which he came across while visiting an antique print and map gallery in Houston.

The beautifully detailed map of the Pacific Ocean originally appeared in the 1589 edition of Ortelius' Theatrum Orbis Terrarum. Considered the first modern atlas, Theatrum brought together and refined the best works of dozens of prominent cartographers into a single encyclopedic volume - a revolutionary improvement upon previous "mapbooks" that took a less structured approach to organization and presentation.

But while history and engineering may not seem like complementary passions, Theatrum offers a perfect example of just how closely the two are related. Like Ortelius, Dr. Ligrani has made groundbreaking contributions in his own field of expertise by building upon the pioneering work of those who came before him, men such as Ludwig Prandtl and Theodore von Kármán. "It always interesting to update or challenge well established ideas, especially in the fluid mechanics and heat transfer fields," he says.

It always interesting to update or challenge well established ideas, especially in the fluid mechanics and heat transfer fields.

A native of Cheyenne, Wyoming, Dr. Ligrani counts himself lucky to have "found his niche" early in life. "Engineering and technical things always interested me - they were very straight-forward and natural for me" he says. "I knew from the start I'd major in mechanical engineering and that I wanted to become a university professor."

And thanks to "some good decisions," it wasn't long before he realized his dream. After earning his bachelor's degree with highest honors from the University of Texas at Austin and receiving a full fellowship to pursue his master's and Ph.D. at Stanford University, he was offered a position as an Assistant Professor at the von Karman Institute for Fluid Dynamics in Rhode-Saint-Genese, Belgium.

"I was in the French part of Belgium, and I learned to speak French, but I was also exposed to the Flemish part," says Dr. Ligrani, who taught in the Institute's Turbomachinery Department. "Such international experience broadens one's perspective and provides opportunities to learn about different ways of approaching research and technical problems, and different ways of approaching life."

Still, he was happy to return to the States a few years later when an Associate Professor position opened up in the Department of Mechanical Engineering at the University of Utah. "When I first got there, I went skiing every week!" he laughs. Soon enough, however, he was passing up the slopes to focus on his research in thermo/fluid sciences. "I got so busy I never went skiing, unless someone came to visit me and requested a visit to the slopes." 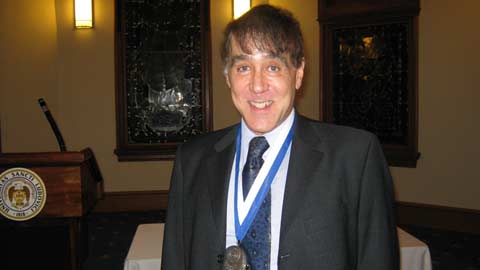 Dr. Ligrani ultimately spent 16 years there, also serving as the Director of the Convective Heat Transfer Laboratory, before heading back overseas to become the Donald Schultz Professor of Turbomachinery in the Department of Engineering Science, and the Director of the Rolls-Royce University Technology Centre in Heat Transfer and Aerodynamics at the University of Oxford. "I was very flattered and honored to be offered these positions, including the Statutory Chair Professorship," he says.

That was followed a few years later by an Endowed Chair at St. Louis University, before he accepted his current position last fall as the Eminent Scholar and Professor at UAH. "It's a very unique opportunity to serve the university in a prestigious way and to do high-quality research," he says. "It's also very much a privilege for me to be a part of the Propulsion Research Center."

Now that he's here, he hopes to further an already illustrious career that includes, among other things, over 158 peer-reviewed journal publications; multiple visiting professorships; a distinguished advisory professorship; numerous awards, invited keynote and plenary lectures, editorships, and membership on prominent editorial boards; and until July 2016, activity as the Vice-Chairman of the Heat Transfer Committee of the International Gas Turbine Institute of the American Society of Mechanical Engineers.

But even more than that, he says, he hopes to continue to make lasting contributions in his field, in much the same way Ortelius once did with his revolutionary atlas. "There are vast opportunities for discovery and creativity in engineering," says Dr. Ligrani. And as faculty member at UAH, he adds, "there are also wonderful opportunities to shape and guide research developments, as well as the intellectual growth of our graduate and undergraduate students."