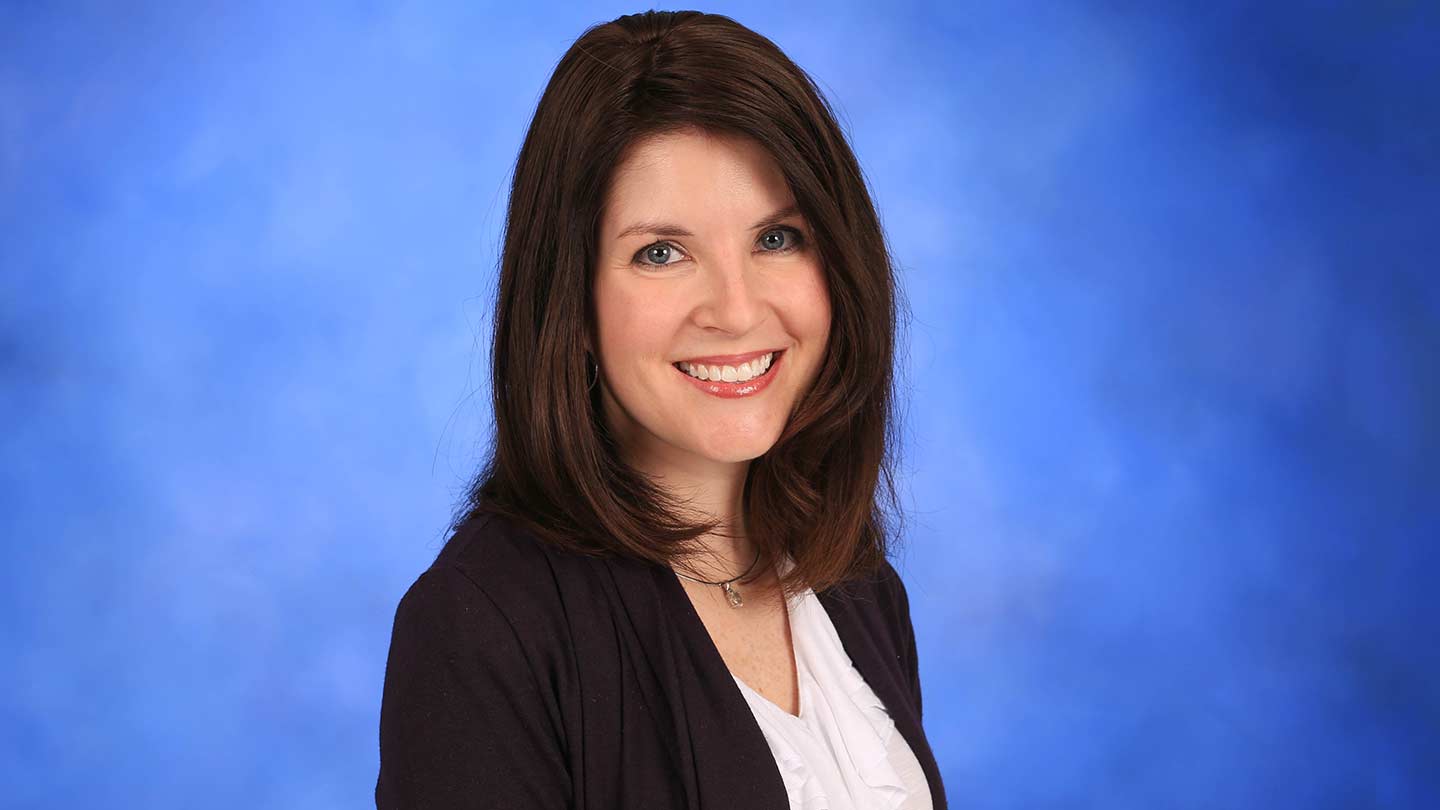 Janet Phillips, who will graduate from UAH's College of Nursing in a few weeks, hopes her real-world experience in education and business will help her be a better nurse.

When Janet Phillips graduates from The University of Alabama in Huntsville (UAH) this December, she'll do so with a brand-new job title: nurse. It won't be her first career. Or even her second. What it will be, the Huntsville native says, is "a new direction that gives me the skills and opportunities to help people through nursing, while still utilizing my experience in education and management."

Phillips had actually wanted to be a nurse from her earliest days. "My first book report was on Florence Nightingale," she says. But as she grew up, "I moved into other areas and I didn't even think about pursuing nursing as an undergraduate." Instead she earned a degree in education, taking a job at Space Camp shortly after graduation.

"It was a fabulous experience! My initial role was as a counselor, but I ended up as the manager for the fourth through sixth grade program, managing program logistics for 300 kids a week," says Phillips. "It was a great job because I was still around children, but my role was to ensure the program ran smoothly and I loved that. It may be the most fun job I've ever had."

To continue to grow, though, she knew she would need to pursue more formal business training. So she left Space Camp and returned to school, where she earned an MBA. "A lot of the class went into investment banking, but I loved the idea of management consulting," she says. "At Deloitte & Touche, I did operational analysis and worked with companies to improve their performance and bottom line. It was a stimulating environment to learn and grow in."

The only problem was the location. After spending several years in Cleveland and then Atlanta, Phillips says, "I missed my hometown." She decided to return to Huntsville, knowing she'd have to switch career paths – "the type of consulting I did with Deloitte isn't really done here" – but figuring she'd land something in the defense industry. Instead, she came across an ad for a Mathnasium franchise and bought it.

"It was a unique opportunity, because you can help kids who are struggling in math, and also those doing well in math," she says. And, it was also a perfect fit. Phillips' business background and managerial expertise helped make her a successful owner, while her education background enabled her to be a successful teacher.

Whether you're 20 years old or going back to school at an older age, UAH's nursing program is a very welcoming environment.

Although she thoroughly enjoyed her role, "after seven years there, I was ready to do something that would give me a little more flexibility with my time," she says. "Running a business, even a small business, is a 365, 24/7 responsibility." Once she sold it, however, she was back at square one. "At first, I didn't know what I was going to pursue," she says.

The one thing Phillips did know? She wanted to help others. "Providing care and compassion for people is one way that I can reflect God's grace in my life," she says. Thus, even as she researched job openings in Huntsville's business community, she says she increasingly felt "very drawn to the idea of nursing."

By the end of the summer, she had made her decision: to enroll in UAH and become a nurse. "With their great program and wonderful faculty, I didn't seriously consider going anywhere else," she says. That left her with a few short months to catch up on the program's pre-requisites before the start of classes the following spring – and more important, remember what it was like to be back in college.

Fortunately, she was far from the only non-traditional student in her cohort. "We have a large number in my graduating class," says Phillips. And even if she were, it wouldn't have mattered. "Whether you're 20 years old or going back to school at an older age, UAH's nursing program is a very welcoming environment. I haven't felt any barriers or stigma."

Indeed, she continues, she's seen many benefits to a program that blends both traditional and non-traditional students, as UAH's College of Nursing does. "Not only does it move you past any feelings of awkwardness of being a student again after years of work experience, but it also greatly enriches your entire learning experience."

Now with just weeks to go until graduation, Phillips appreciates that she is on a path that "melds analytical and critical thinking skills with care for others." It may have been a circuitous journey, but as her interests have shifted to nursing over time, it's also one that has provided experiences she is grateful for. "After all," she says, "there is no deadline for refocusing one's plans or career, even if that means returning to school to do so!"