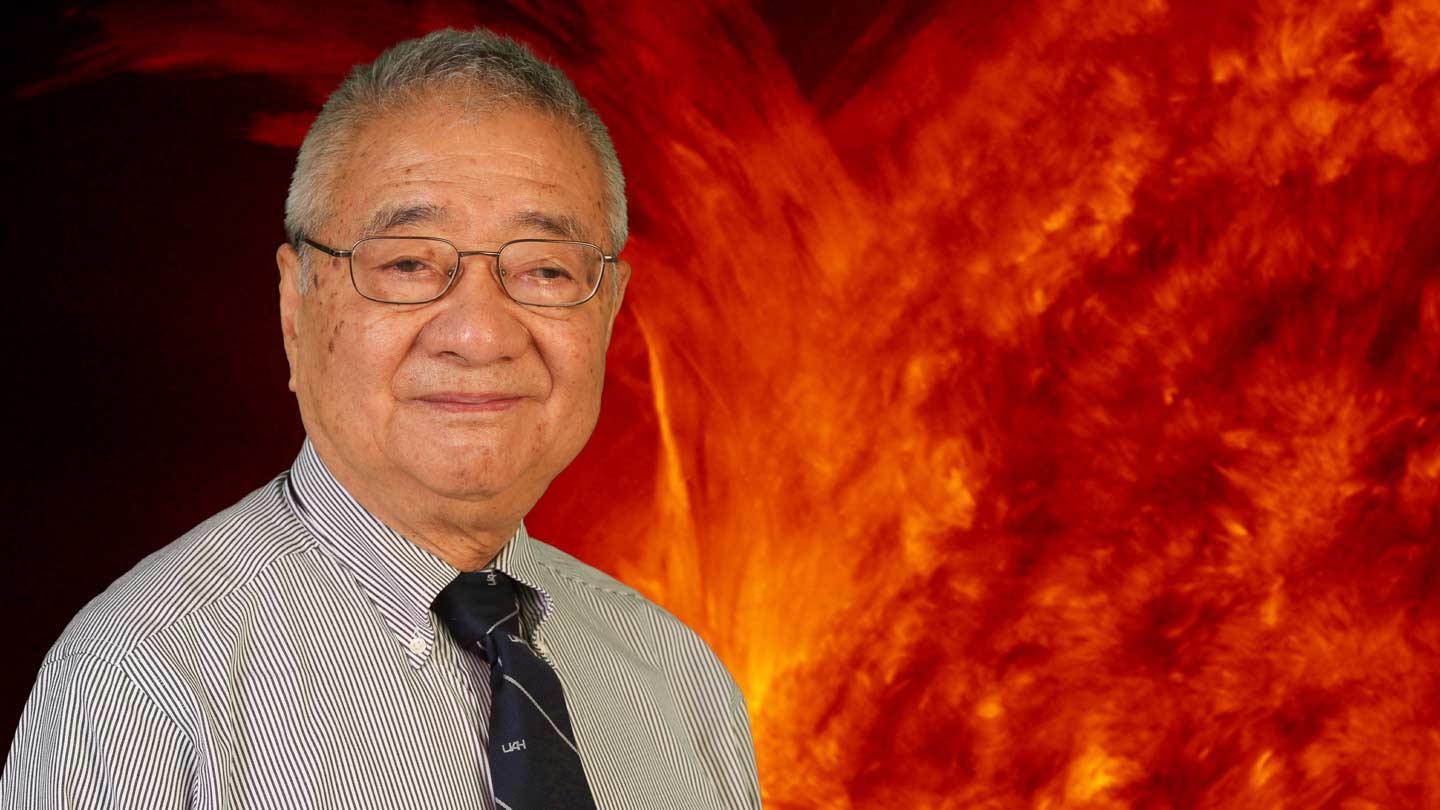 The founder and retired director of The University of Alabama in Huntsville (UAH) Center for Space Plasma and Aeronomic Research has been named the U.S. national representative/coordinating group chair of the Scientific Committee on Solar Terrestrial Physics (SCOSTEP) by the U.S. National Academy of Sciences.

Dr. S.T. Wu, a distinguished professor of mechanical and aerospace engineering emeritus who founded CSPAR in 1986 and served as its director until he retired in 2005, will chair the U.S. coordinating group of SCOSTEP, which ensures a smooth communication between SCOSTEP and the members' respective international unions' U.S. national committees (USNC). In addition, the members inform the broader U.S. scientific community about SCOSTEP's activities.

"I'm honored at being selected by the National Academy of Sciences," says Dr. Wu. "This is important work and this honor reflects positively on UAH, as well as on the credibility of my research in the scientific community."

Dr. Wu maintains a campus office in UAH's Dept. of Mechanical and Aerospace Engineering, and he has continued to lead solar research with an international group of scientists that includes many of his former students and post-doctoral students.

Recent research by Dr. Wu and his scientific collaborators produced an observation-based model that for the first time predicted the occurrence and timing of solar eruptions and their interplanetary consequences - known as coronal mass ejection (CME) propagation. The research model was presented by Dr. Wu at the SCOSTEP 13th Quadrennial Solar-Terrestrial Physics Symposium in Xi'An, China.

Prediction is important because a powerful direct hit by a CME is like a huge space hurricane that can deform Earth's magnetic field and fry the circuits of orbiting satellites, spacecraft and delicate terrestrial electronics. In a large-scale storm, cell service would stop, air traffic control would lose its eyes and ears, and everything could be affected from traffic light control to the automated heating and cooling of buildings to the critical systems that control nuclear armaments.