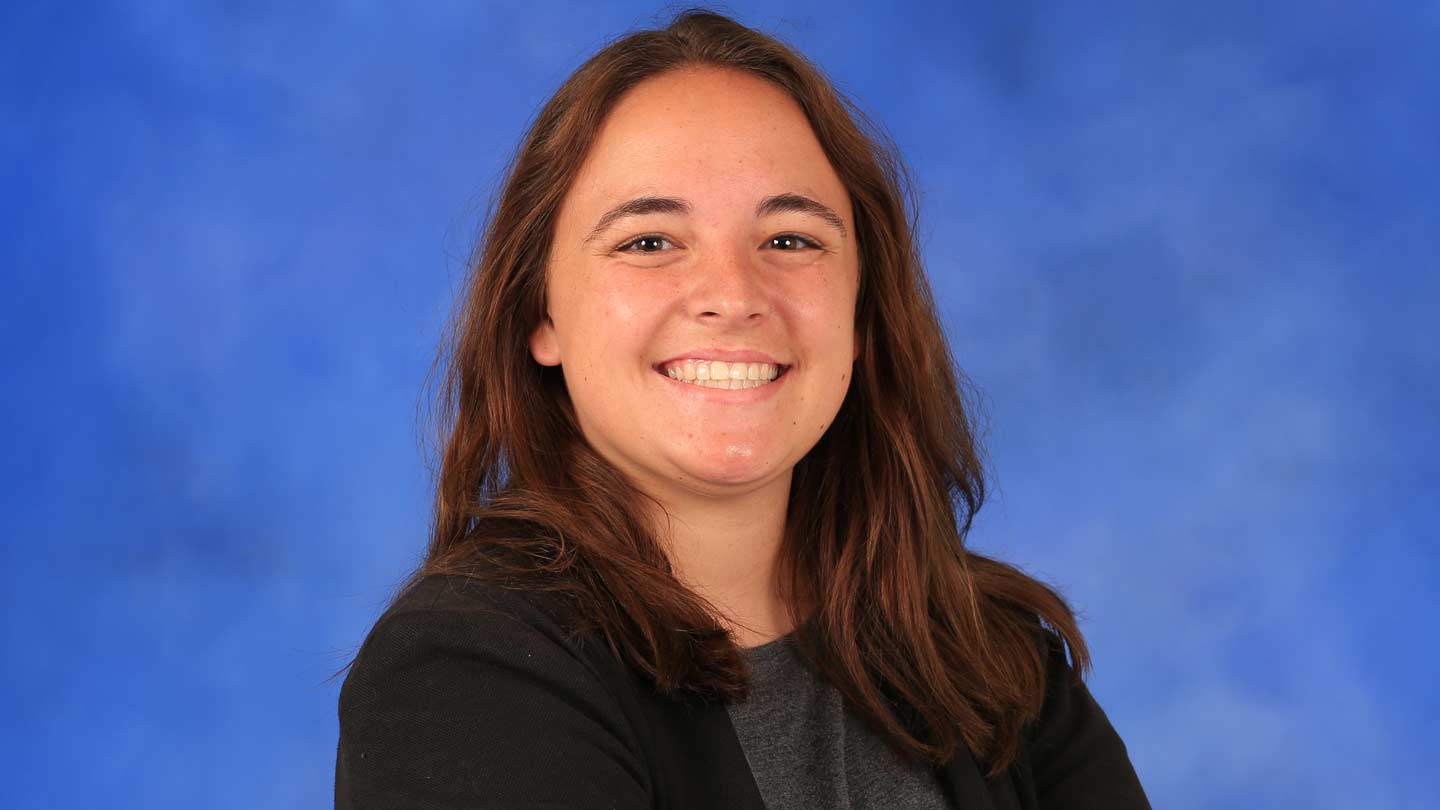 Graduating senior, and student researcher, Melissa Anderson spent "most" of her time at The University of Alabama in Huntsville (UAH) trying to decide between getting an Aerospace or a Mechanical Engineering degree.

"I actually entertained the idea of getting a double major so I wouldn't have to choose between the two disciplines. It was during my junior year when I finally decided what I was actually going to do," she said.

Anderson had been working at Boeing when she realized that a lot of the mechanical engineers (ME) were working in conjunction on projects with aerospace engineers (AE). "It clicked that I didn't have to be an AE to work on AE projects. ME's deal with thermal analysis more than AE's, so that helped me with my decision."

By the time Anderson began her freshmen year at UAH she had nearly 80 hours of dual enrollment credit that transferred to the university. She graduated from The Gatton Academy of Mathematics and Science, a public academy and an early college entrance program funded by the state of Kentucky and located on the campus of Western Kentucky University (WKU) in Bowling Green, KY.

UAH was the only college I applied to. I was one hundred percent sure I wanted to go here.

The Versailles, KY, native was raised with four siblings in the country and spent most of her childhood at the softball fields or on the stage, depending on the season. "I got involved in activism my sophomore year thanks to a really cool project in central Kentucky called The Girl Project." The arts and activism program is designed to inspire, educate and empower girls of all ages to challenge the misrepresentation of girls and women in American media culture through performing arts education.

She learned about UAH when a recruiter stopped by Gatton Academy and gave me information about the university. I was immediately interested and arranged to attend a campus Discovery Day event. I liked what I saw and heard, so I applied. In fact, UAH was the only college I applied to. I was one hundred percent sure I wanted to go here."

Anderson said, too, ultimately she made her decision about UAH based on a lot of other factors. "I like the relationship with research park and how focused the university is on getting students internships and jobs after graduation. I also recognize the importance of hands on learning projects. "Most of the other students I have met are very focused on academics and being able to get good jobs," she said. On a more poignant note, Anderson said she really enjoys the green space on campus. "Coming from a house in the country, I am used to open spaces and spending lots of time outside. There are many places here where I can go sit in the sun and do my work." 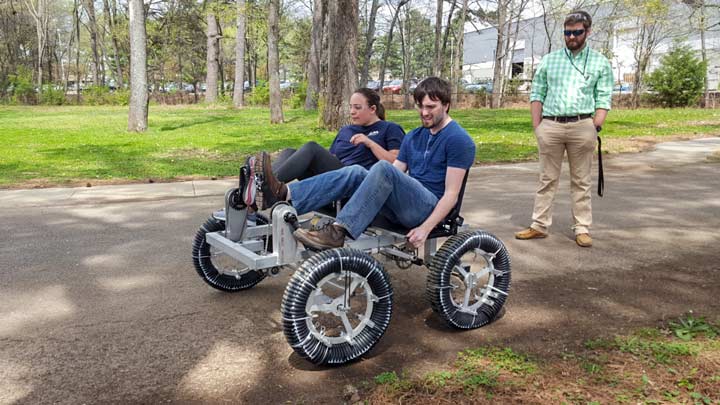 Unlike most freshmen students, Anderson embraced the academic and social culture of the university head on.

During her first semester at UAH Anderson completed the Space Hardware Club’s (SHC) One Month training program, a fast-paced project that groups new members together to work on a high altitude ballooning payload. "It was an intense and exhausting project, but it was also fun and I learned a ton. I did my first embedded programming and designed my first electrical circuit. I stayed involved in SHC and was an alternate team lead for a CanSat (sounding rocket payload) team.

"This was my first experience leading a project and I found that I enjoy being a leader," Anderson said. "I ran the entire SHC One Month project the next year. It was also very rewarding seeing all of the teams complete and fly their projects."

"Melissa was a superb PASS leader. She was proactive in every aspect of her work and made a strong effort to support my work as a teacher and help her peers as students. For example, when I had travel during the semester she would schedule additional PASS sessions during the lecture time and would coordinate with me to augment my lectures. Melissa is the example I will use for future PASS leaders," said Dr. George J. Nelson, Associate Professor, UAH Department of Mechanical and Aerospace Engineering.

Another big undergraduate research project for Anderson was working in the UAH Wind Tunnel Laboratory under the direction of Dr. Phillip M. Ligrani, Eminent Scholar in Propulsion and Professor of Mechanical and Aerospace Engineering.

"In this project we worked to visualize the shock waves caused by high speed flow hitting an obstruction," Anderson said. "We used Schleiren imaging (illumination) to view the flow. My work was mainly on the data processing system and designing modifications to the wind tunnel. I also put together and took apart the wind tunnel. It was a very interesting project."

"Melissa Anderson has worked in the Propulsion Research Center Laboratory, where she has been involved in the development of a supersonic flow test section and related components," said Dr. Phillip Ligrani. "This test section is part of the UAH SS/TS/WT - SuperSonic/Transonic/WindTunnel. "Melissa's efforts in regard to this development and the associated testing have been exemplary, as illustrated by meticulous and careful installation, assembly, and utilization of different test section components and associated instrumentation systems," Ligrani added.

"Every item and activity, with which she has been involved, has been accomplished in an efficient and complete manner. Melissa has also worked as a PASS Leader for my MAE 341 class for the current semester. The students who attend PASS sessions consistently provide glowing comments in regard to Melissa's excellent teaching and explanation abilities. These students also indicate that Melissa is always collegial, friendly, and very helpful. From my experiences, it has been a delight and a pleasure to interact with Melissa in any capacity, ranging from laboratory research to classroom teaching activities," said Ligrani.

She finishes her UAH student career as the program lead for the Moonbuggy/Human Exploration Rover senior design project. "Most of my duties include creating presentations, finding sponsors, handling orders, and staying on top of deadlines…I really got the feel for leading an engineering program. One of the UAH teams actually won the competition, which was really exciting."