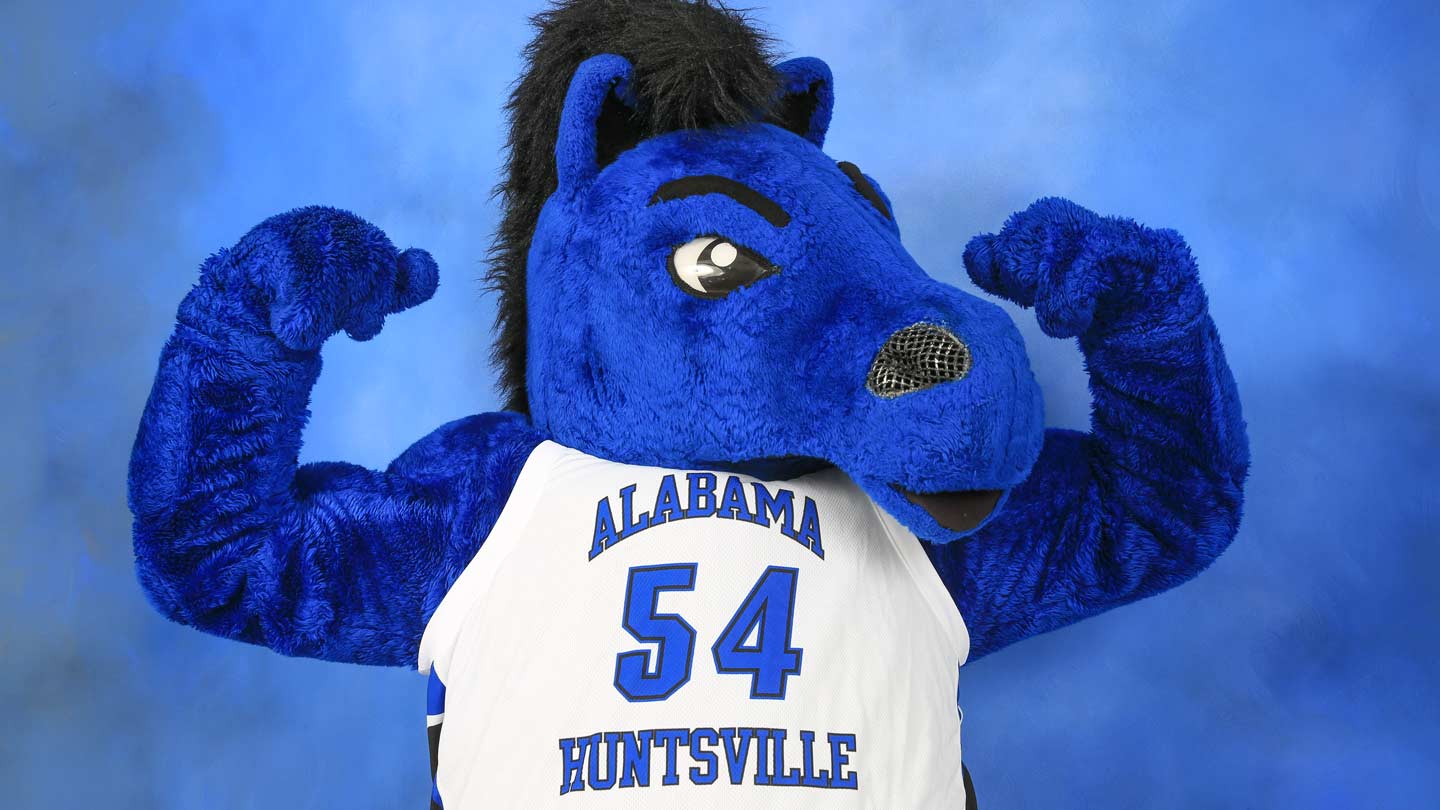 You've probably seen Charger Blue at the games, cheering on the crowd and inspiring the home team. Or walking around campus, spreading school spirit and giving out high-fives. But have you ever wondered about the person behind that giant blue horse head? Just who is the mascot for The University of Alabama in Huntsville (UAH)?

Generally, says Nikki Goode, director of Student Activities at UAH, Charger Blue is an upperclassman who is selected for his or her infectious enthusiasm - and willingness to take on such a, well, furry mantle. But while there is typically an audition process during cheerleading tryouts each April, that wasn't the case for former Charger Blue Zak Bandy.

"I was the only candidate!" Bandy says of his one-year stint. Nor did he have any experience beyond a high school career spent "decked out in face paint and cheering my team on to win." But that was enough to land him the gig he calls "nothing less than a positive experience."

Like Bandy, the current Charger Blue earned the position as a result of an overdose of infectious enthusiasm. "I am an energetic person who is not afraid to dance in public," says J. Doe, who prefers to use a pseudonym to protect Charger Blue's real identity. "And I guess I've done well because they've kept me on!"

I still bring up to co-workers how exciting it was, and it’s definitely been a wonderful conversation starter.

To harness the zeal required, all Charger Blues receive an initial crash course courtesy of a three-day mascot camp held in Tuscaloosa. "I had the honor of working with and learning from other college mascots across the state of Alabama and the southeast," says Bandy, listing Al, Albert, and Aubie as some of the most memorable.

And then there were the skills he acquired, from improv and prop usage to hydration and costume maintenance. "I was able to identify the personality and different moves that Charger Blue portrays, and I brought back different poses and interactions," he says.

For Doe, that includes "putting on a tough act and flexing my muscles" as well as interacting as much as possible with the audience. "I know how hard it is to play with a dead crowd, so I just try to get the crowd going to help fuel the athletes," says Doe. 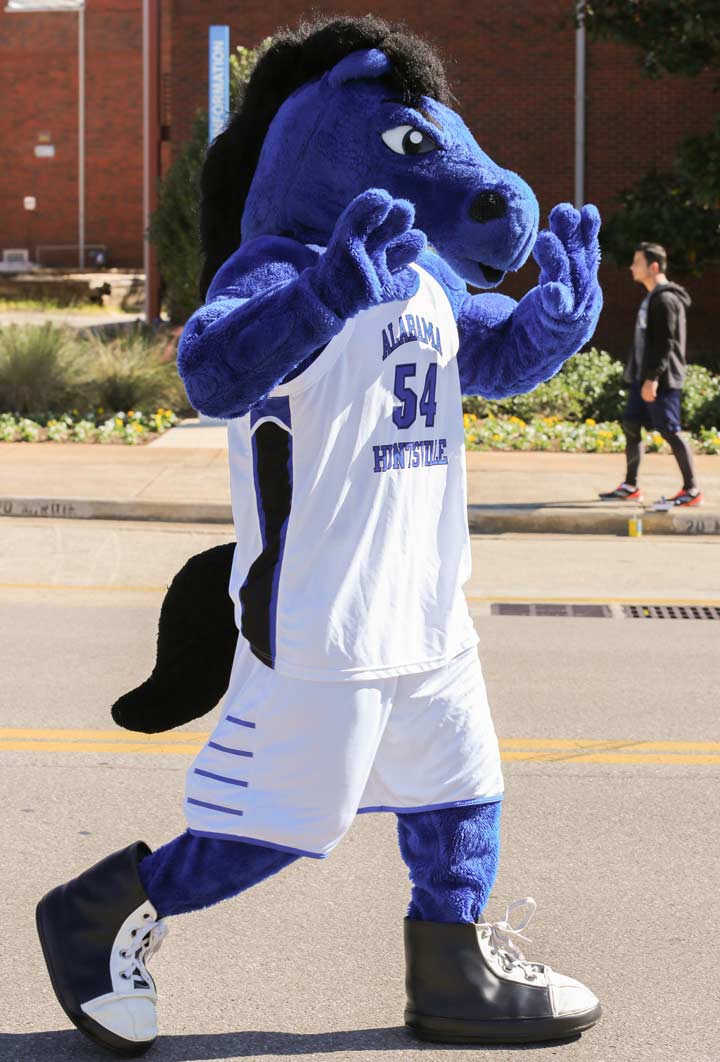 That's often easier said than done from inside a heavy blue suit covered in fur, however. "People don't realize how difficult it is to operate in the Charger Blue suit," says Doe. "I can hardly see and hear, and I'm not supposed to talk. Not to mention, I'm hot and sweating the entire time - even with cooling packs!"

As a result, Doe continues, "I rely almost completely on the cheerleaders to move around and react to people, and I just try to keep moving, dancing, and interacting." And that's not even the hardest part. What is? Keeping Charger Blue's identity a secret.

"It shouldn't be very hard to remain anonymous, but it's difficult to come up with excuses for missing so many activities and events!" says Doe. "Also, there are probably a lot of people who see me carrying the mascot bag around campus." But, Doe continues, "as long as the children think I am real and love seeing me I don't care who knows."

And really, once the buzzer goes off and the spirit takes hold, it doesn't matter who Charger Blue is. "Whether you knew Zak as Charger Blue or that crazy guy in the blue charger suit, people just saw that I was always energetic and cheering the Chargers on at majority of the games," says Bandy.

Indeed, he continues, even five years later "I still bring up to co-workers how exciting it was, and it's definitely been a wonderful conversation starter." But trading the Charger Blue suit for a business suit was never in doubt for the business marketing major. "I feel I am a much more effective in a corporate environment," he says.

And the current Charger Blue is likely to follow in his hoof-steps. "I assume that being a professional mascot would be very competitive, so I would need to put in a lot more effort," says Doe. "And I would need a lot more experience and practice."

Instead, Charger Blue will do what he's always done - have fun while keeping mum about the spirited blue horse's true identity!