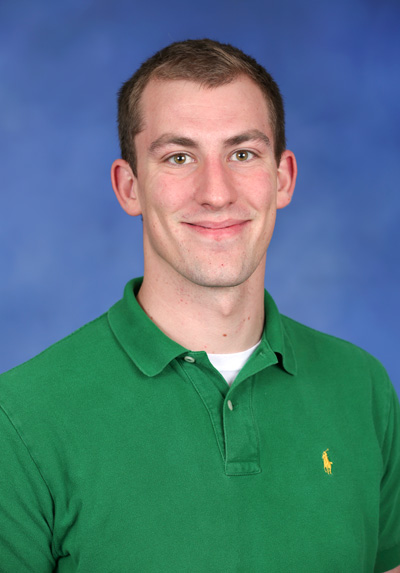 HUNTSVILLE, Ala. (Nov. 15, 2013) - Kenny Throop, a senior marketing major at The University of Alabama in Huntsville (UAH), continued a family tradition by deciding to enroll in classes at UAH. "Both of my parents graduated from UAH," the Huntsville native explains. "That fact combined with multiple other reasons made UAH the best option for me."

During his freshman year, Throop became involved with Theta Pi, the UAH chapter of Alpha Tau Omega (ATO), a fraternity dedicated to the improvement of collegiate men on campus. He enjoyed it so much that he decided to run for treasurer his sophomore year.

"I wasn't initially planning to run for such a big position so soon, but one of my ATO brothers convinced me to go for it," says Throop. He won the position, and went from managing a bank account that usually had barely $100 in it to managing one with a balance of thousands of dollars.

In addition to learning to balance such a large budget, Throop also had to learn to handle conflict constructively when he had to collect fees from his ATO brothers. "I feel like the things I've learned will help me down the road," he says of his experience.

Throop then gained the confidence to run for president after going to LeaderShape, a weeklong leadership-building conference founded by the national ATO group. And though he had to settle for the position of vice president the first time around, this semester, Throop achieved his goal of becoming president.

Now that he's got the top job? "We have some lofty goals this semester," says Throop, who adds that the main one is preserving the chapter's sterling reputation on campus. "We've won the President's Cup four years consecutively for being the top fraternity on campus, and we've just won the 21st True Merit Award for this chapter."

I feel like the things I’ve learned will help me down the road.

They've also consistently beaten the all men's GPA average - a tradition Throop hopes to continue by raising the chapter's term average from 3.0 to 3.25 using an incentive called Fantasy GPA. "It's basically what it sounds like except it's about grades instead of sports," he says.

Of course only time will tell whether or not they'll succeed. But under Throop's capable leadership, the chances are good. After all, this is one UAH student who knows a little something about carrying on a legacy.