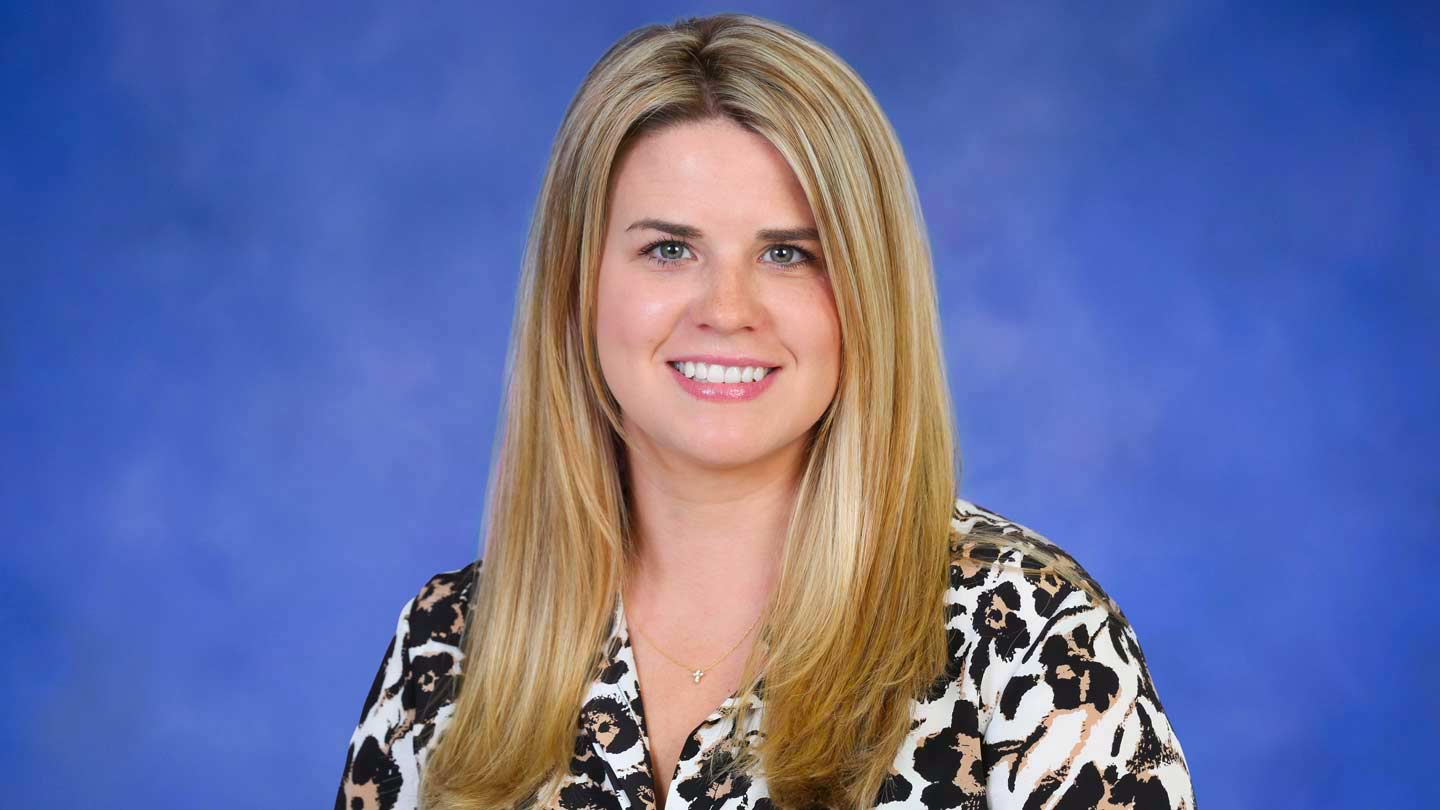 Paige Stephenson, who earned her bachelor of science in nursing from UAH, founded Hunter’s Hotline to give middle and high school students a confidential resource to deal with the issues they face on a daily basis.

High school has changed a lot since Paige Stephenson was a student almost a dozen years ago. Perils like drinking and smoking pot have given way to prescription pill abuse, online bullying, and worse. "It's a whole different game," says Stephenson, who recently earned her second degree, a bachelor of science in nursing, from The University of Alabama in Huntsville (UAH).

So with that in mind, Stephenson created Hunter's Hotline, a non-emergency tip line that gives middle and high school students a productive and appropriate way to deal with these issues. The concept is simple: the students are given a phone number unique to their school that they can call or text to leave a private message. "The school's counselor or resource officer then listens to the message and determines the appropriate follow-up measures, if any, to assist the student," says Stephenson.

We’ll never know for sure, but we may have saved someone’s life by now.

The key to its success, however, is choosing someone the students will trust. "If the trust is not there, the students will not use it," she says. "I would never have walked up to an adult and said, hey, this is what I know. But the students are the heartbeat of their school and know exactly what is occurring behind the scenes." And Hunter's Hotline, she explains, gives them a way to "drop off" that burden. "We'll never know for sure, but we may have saved someone's life by now."

Sadly, it's because of one life she couldn't save that Hunter's Hotline first came into existence. In 2004, Stephenson's younger brother Hunter passed away unexpectedly after taking a prescription drug at a party just before his junior year at Huntsville High School. "After that, all these kids started coming forward to our family with information about drug abuse," she says. Those interactions convinced the grieving family that there was a need for a confidential resource, and Hunter's Hotline was born.

"It was my mom's idea and I just took it and ran with it," she says. The first one was soon installed at Hunter's alma mater, with six more area schools following suit. Stephenson was also able to successfully turn Hunter's Hotline into a non-profit organization, but with a staff of one - "The staff is me!" she says with a laugh - momentum soon slowed. "It was hard," she says. "I was living in Charleston at the time, so I was doing everything when I came home." 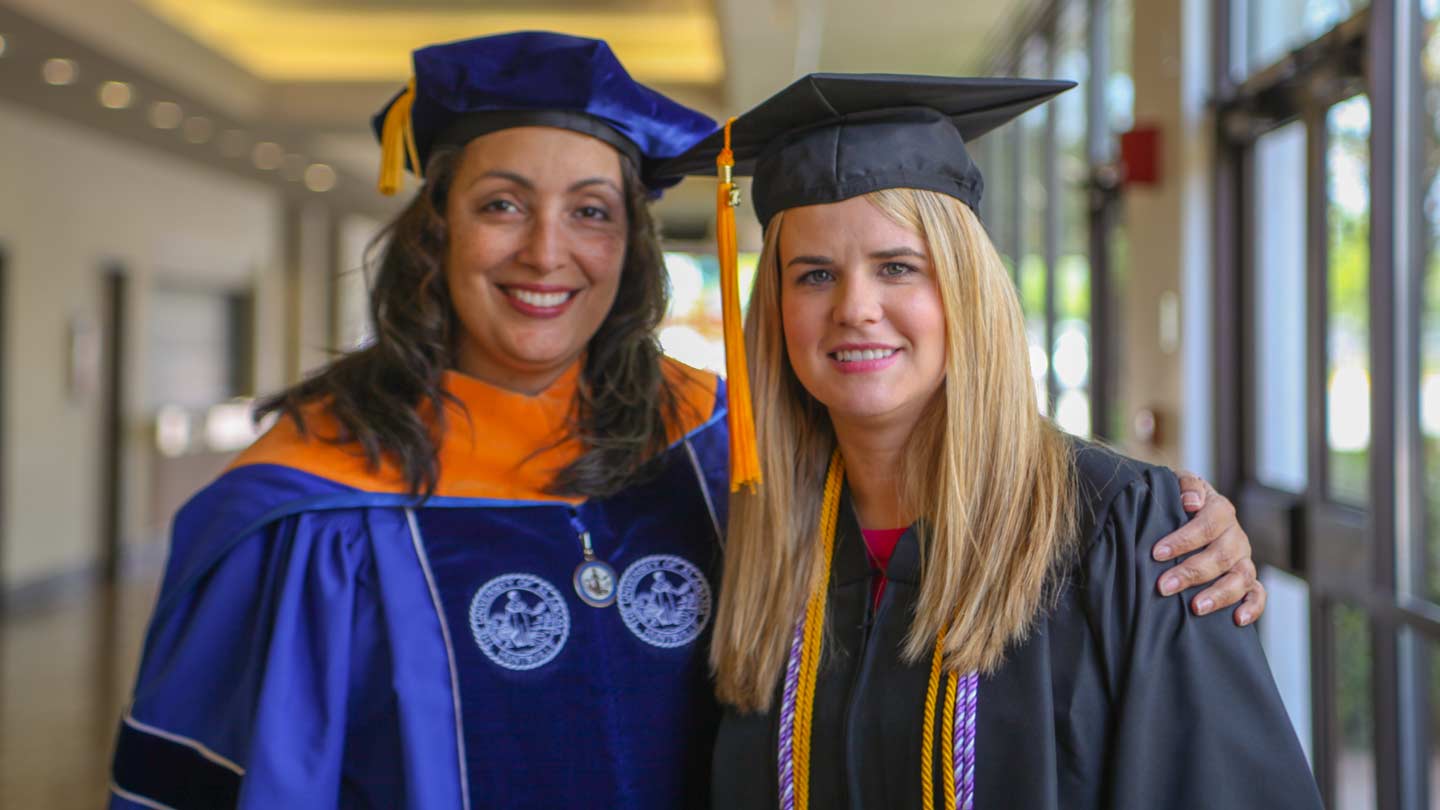 Stephenson, shown with Dr. Darlene Showalter, earned her degree in nursing from UAH.

Progress was further delayed as Stephenson began reevaluating her personal career goals. Dissatisfied with her position at a software company, she dreamed of becoming a nurse. "Starting Hunter's Hotline cemented the idea that helping people is what I want to do, and nursing provides a way for me to assist people directly through personal interactions with patients," she says. So she quit her job and returned to Huntsville to attend UAH's College of Nursing, graduating in just two years.

Of course now that Stephenson has completed her degree, she finally has the time she needs to focus on the hotline. "Until now I haven't had time for anything else outside of nursing school," she says. "But I really want to pick it back up. I want to get it in more middle and high schools, and I want to make an application that students can use to access the hotline that way." She also wants to make sure schools and parents alike understand that no one is immune to the intense pressures that students these days face on a daily basis.

"A lot of schools I've reached out to tell me they don't need it or have problems. But every school has problems," she says. "My brother was a good student - a star athlete, never in trouble. So if it could happen to him, it could happen to anyone's child."