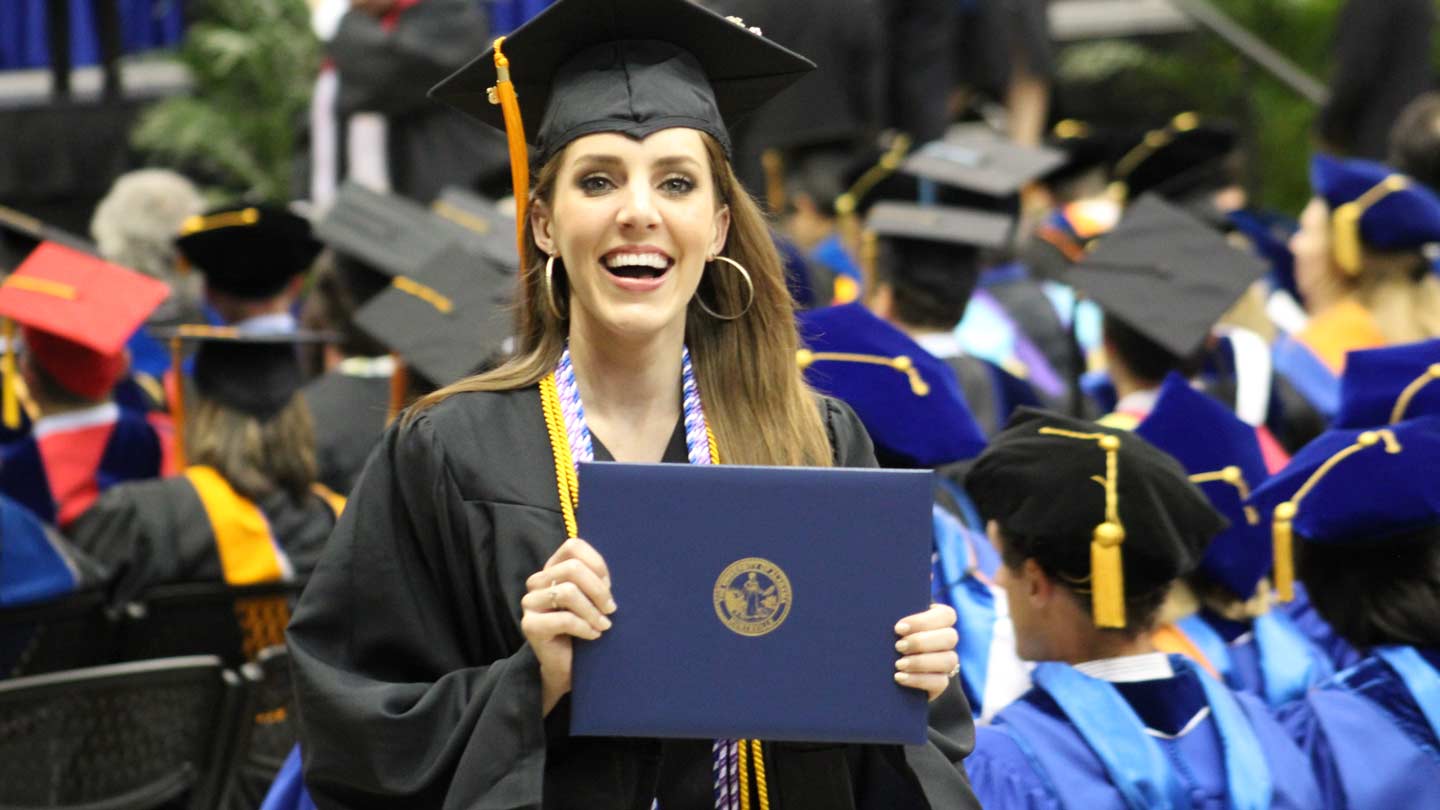 Leighton Jordan is not a fan of snakes. So when she was called on to attend the Claxton Rattlesnake & Wildlife Festival in her capacity as Miss Georgia 2012, she knew she'd have to be at her bravest. Little did she know that, by the end of the day, she would find the courage to face a much more personal nemesis - and in the process of battling it, help others to do the same.

A native of Suwanee, Ga., Jordan was a late arrival to the world of pageants. "I never grew up wanting to be Miss America," she says. Her original plan was to become a professional ballerina, like her mother before her. "I did my schooling through online correspondence so I could finish when I was 16, and then I was in the studio Monday through Saturday," she says. "My whole life was ballet. I loved it and I thrived on it!"

But when multiple ankle and foot injuries prematurely ended her dancing dreams at age 17, she had to reevaluate her plans for the future. "That was such a hard year," says Jordan. "Ballet was my identity." Adrift for the first time in her life, she recalled a dream that she'd considered and shelved many years before. "I remember when I was five years old, after learning about a child in my school who had cancer, I told my mom I wanted to be a nurse when I grew up," she says. "But I never thought I'd be one until I had to quit ballet."

I get so sad about people who feel there’s no point in going to treatment, because if you’re open and honest and seek help…you can fight to love life. You don’t have to die depressed.

Her focus renewed, she began researching ways to pay for the college education her new career path would require. One that stood out was the Miss Georgia pageant, which is associated with the Miss America Organization. At the time, the winner was eligible for a full-ride scholarship at The University of Alabama in Huntsville (UAH). Moreover, the organization was about more than being beautiful on the outside. "Every contestant has to have a service-driven platform," says Jordan. So she entered, choosing the Sibling Support Project, an organization focused on the siblings of special-needs individuals, in honor of her brother, who has special health and developmental needs.

Her win, when it came during only her second year of competing, was "unexpected," she says. "I ended up becoming Miss Georgia at age 19. It was kind of a culture shock for a little bit!" As her state's representative, she was required to spend the following year traveling the country in support of her platform. "I was given a car and I would go from signing the national anthem at Braves and Falcons ball games to an itty-bitty county fair to a black-tie event," says Jordan, who is fluent in sign language. Meanwhile, a manager planned her itinerary while sponsors in various cities would provide clothing, hair, and makeup services. 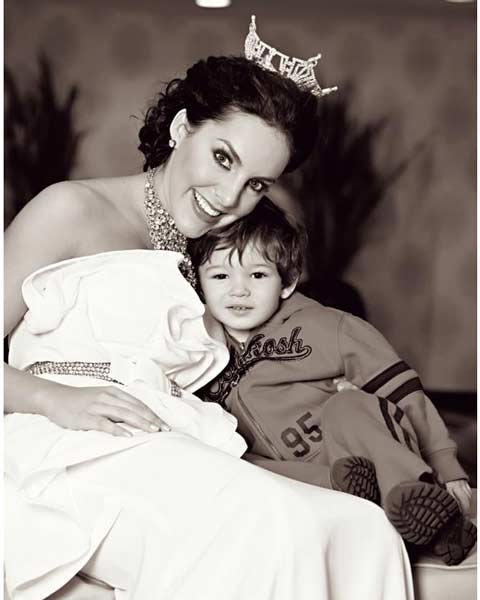 As Miss Georgia, Jordan spoke openly about her struggle with an eating disorder while raising awareness for the Sibling Support Project.

But what no one knew was that, in addition to maintaining this demanding schedule, Jordan was also in treatment for an eating disorder that had plagued her for the last nine years. "I had lived with it for so long and had wrongly thought I was in control, but after I won, I knew I wasn't," she says. "A couple of months later, I sought help. I couldn't live anymore the way I was." As a result, while most pageant winners will say their reigning year was really busy, hers was "insane," she says. "I was being secretive about my eating disorder, getting treatment, and doing all these events with a smile on my face."

Eventually, something had to give. "After competing at Miss America, I had six more months as Miss Georgia and I was praying about what else I could do during my reign in order to have a positive impact on others," she says. "So I questioned opening up about my eating disorder." That's when she met a young female fan at the Claxton Rattlesnake & Wildlife Festival whom she immediately recognized as someone struggling with anorexia. "I knew I had to do it," she says. "I've always been willing to put myself in a potentially vulnerable position if I can help others by doing so, and I wanted my story to be a message of hope that no one is immune to hard times - not even a Miss Georgia who looked like she had her entire life together."

Since that fateful day, Jordan has never looked back, choosing to remain public about her struggles with the goal of helping others. "When I'm open, I hope that it allows others to be open. Imagine living in a world where we aren't all hiding our secrets trying to put a smile on our face," she says. "I get so sad about people who feel there's no point in going to treatment, because if you're open and honest and seek help, you don't have to live in that depression for 9 years or 30 years. You can fight to love life. You don't have to die depressed."

For Jordan that healing process took two years, and it wasn't without setbacks. After completing her reign as Miss Georgia and enrolling at UAH to begin her prerequisites for the College of Nursing, she suffered a relapse. "I was still struggling and I had to go to the hospital," she says. "But I talked to my professors and they were supportive." She also leaned on her best friend and now-fiancé Kenny Ratliff, a fellow UAH student whom she had met through the university's Baptist Campus Ministries student organization. "He was such a strong support system," she says. "And when I came back, I felt like I could really heal. Now I view that as my start point of living in true recovery." 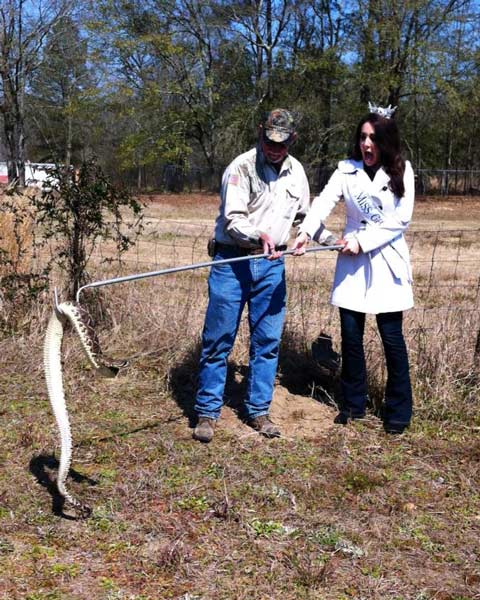 Jordan’s appearance at the Claxton Rattlesnake & Wildlife Festival ended up being a turning point for the future nurse.

Jordan has since graduated from UAH, complete with a 4.0 GPA and highest academic honors. And soon she'll begin her new job as an ER nurse at Children's of Alabama pediatric hospital in Birmingham. There she'll be joined by Ratliff, who switched to nursing after a mission trip with UAH's Stella's Voice chapter and was also able to land a job in Children's cardiovascular intensive care unit after graduation. "I plan on working for a year or two and then applying to graduate school to be an acute care pediatric nurse practitioner," she says. "While everyone around me wanted me to go to medical school, I knew I wanted to be at the bedside with people as much as possible, and I knew as a doctor that would be hard to do."

And though she has no desire to compete in any other pageants, she is grateful for the long-term benefits that resulted from the experience. "I have a college education and money for graduate school, and I've also been able to raise awareness for the Sibling Support Project," she says. Just as important, she learned how to connect with people from all walks of life. "As Miss Georgia, I had to be relatable to people within two seconds and make them feel like they were important," she says. "The same is true for patients, who need to feel comfortable and safe in a short amount of time."

As for Jordan herself, she no longer struggles with eating-disorder symptoms or negative thoughts. "I'm even able to not feel like I have to look a certain way on my wedding day!" she says. That's a long way from her emotional state at the Claxton Rattlesnake & Wildlife Festival - and the result of a lot of hard work. "I was in treatment for two years when I thought it would only take two months, so that was a hard pill to swallow," she says. "But I'd give those two years up again to have the rest of my life. Now I have however many years left to love and enjoy and be alive." She also has plenty of time should she choose to overcome another personal challenge: her fear of snakes.