Flexibility just as important as preparation in an emergency

HUNTSVILLE, Ala. (May 6, 2013) - Be prepared. That's what we're taught in the event of a disaster. But Dr. Marita O'Brien, an assistant professor in the Psychology Department of The University of Alabama in Huntsville (UAH), is conducting research that shows preparation is only half of the equation when it comes to safety among the general public.

"You need a plan A and you need to execute that plan A. People are more likely to evacuate or go to their safe space if they've done that during a drill," she said. "But you also need to learn to improvise better. Because if you always do things according to the plan, you may not recognize when the plan fails."

That need for improvisation hit home for the emergency management community on September 11th. Not only did the twin towers collapse that day, but so too did the city's Emergency Operations Center located at 7 World Trade Center.

All of a sudden, city officials and first responders, who had undoubtedly trained for an attack, were suddenly confronted with an implacable and unanticipated roadblock. Improvisation was required, and fortunately, said O'Brien, the city was up to the challenge.

"Within three days, they'd rented a space with over 200 computers and they started going by what was in people's heads," she said. But that unexpected situation ultimately led the emergency management community to reassess their approach.

Today, first responders and emergency personnel are taught how to improvise as part of their job. "Resilience is a word a lot of people are using in the disaster management community - not being disaster-proof but being resilient so you can recover," she said.

But what about civilians? How can they be taught improvisation? 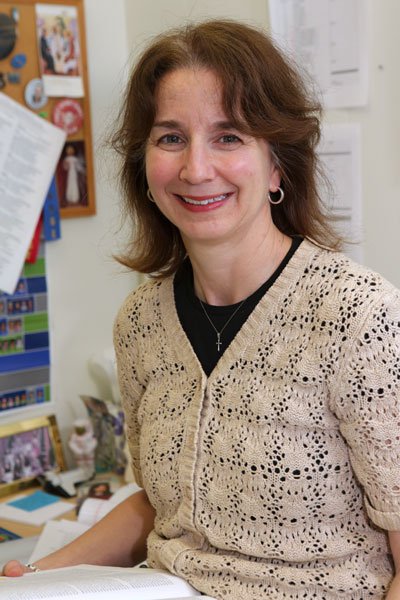 You also need to learn to improvise better. Because if you always do things according to the plan, you may not recognize when the plan fails.

That thought struck her acutely during the April 27th storms, when she was stuck at home with no electricity. "I realized I was going to be fine, but the work I had to do was all tied up in my computer and I didn't have power to get it done," she said. "I started to think about how I could apply my research to what was going on around me. Not a lot of people study blackouts, but they're the most common kind of disaster."

A month later, she distributed a survey among the liberal arts faculty who in turn distributed it to friends and family, a technique known in psychology as a snowball sample. "Respondents had to be 19 or older and have been in town for a couple of days during the outage," she said. "I had 187 people respond."

And what did O'Brien learn from those respondents? That a lack of preparation wasn't necessarily the worst thing. In fact, she said, "it was actually helpful to not be fully prepared because then you had to be resourceful, you had to talk to your neighbors. It was almost useful for people to say 'I didn't have everything but I adapted fine.'" 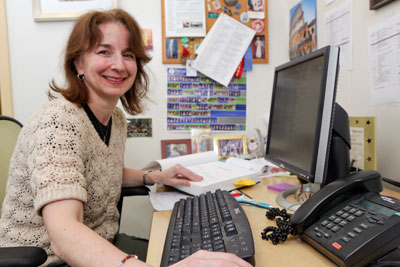 Fast forward two years and O'Brien is now using this research to conduct a much larger study that focuses on the community's knowledge of tornadoes, tornado warnings, and protective actions. And she recently received a grant from the university to expand her sample population to include both undergraduate students and area senior citizens.

"That paper will be done by July 1st and I'll submit to the International Journal of Mass Emergencies and Disasters," said O'Brien. Then at the end of the summer, she'll apply for a National Oceanic and Atmospheric Administration grant to fund collaborative research between social and physical scientists on how to communicate with the public to improve response to warnings.

"That's what I like," said O'Brien, "dealing with this everyday decision-making. Most people in my field work with specialists - pilots or soldiers - but I like trying to figure out a systematic way to gather data with a humanitarian focus."

And if things don't go according to plan, that's ok too. "You can't plan everything," she said. "An emergency by its nature is something we didn't expect!"

All she'll need to do is improvise.