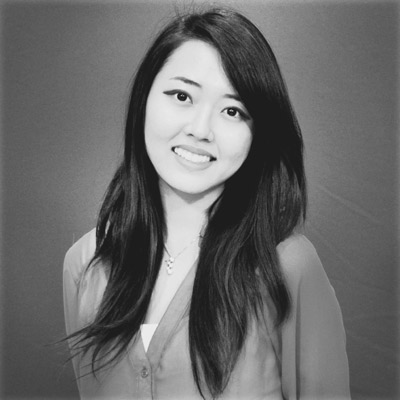 Maria Lee will graduate this December with a degree in Industrial & Systems Engineering with a minor in Mathematics.

HUNTSVILLE, Ala. (Nov. 1, 2013) - When Maria Lee received a perfect score on the math portion of her ACT test, she had many options of colleges. But the Huntsville, Ala., resident - and South Korean native - chose The University of Alabama in Huntsville (UAH).

"I wanted to stay close to my family, and I received a full scholarship to the university," she says. Her plan? To do "something in the STEM fields," she continues, referring to the acronym used for science, technology, engineering, and math.

Fast-forward four years later and Lee is set to graduate with a degree in Industrial & Systems Engineering with a Mathematics minor, an area of study that she says covers many of those STEM fields. "I liked the combination of technical aspects with the business application."

But between setting that goal and getting there, Lee invested a lot of sweat equity. She worked as an intern for four terms during each of her academic years. One of them was with a Huntsville-based aerospace engineering company; the rest were spent with General Electric (GE) on three different leadership program internships, including a rotation at GE Intelligent Platforms' headquarters in Virginia.

In her spare time, she served as a member of the engineering ambassador group, Charger Chasers; ambassador of the College of Science; member of the national engineering honor society, Tau Beta Pi; and project manager of the student chapter of the Institute of Industrial Engineers, among others. And if that wasn't enough, Lee also volunteered as a mentor for Engineering Open Houses, Science Olympiad, Girls Science and Engineering Day, and the Alabama Science & Engineering Fair.

"I just enjoy being involved in campus organizations as well as being a part of community volunteering opportunities to mentor younger students," says Lee. She also knows that, as a female and a minority in engineering, she is a role model to many - a fact she embraces. "I strongly believe in reaching out to girls and minorities who take an interest in the STEM fields."

Especially as a woman, you have to prove you can do good work and not just expect to be accepted as an engineer.

Indeed, it's something she could have used when she first discovered her passion for math. "When I was that age, no one asked, 'what would you like to do after college? What do you see yourself doing with that degree?'" she says. "It was more trial and error because I didn't really know what I wanted to do."

But now, says Lee, she can help others pursue their dreams. "If all I saw was men in my field, it would definitely discourage me from going into it," she says. "But if I had a mentor who was successful in the field who was also woman and maybe a minority, it would assure me that I could be doing that in the future."

She herself was inspired once she got to UAH. "Having women engineering professors here definitely encouraged me," she says. "And maybe when I'm older I could be a professor and inspire others." In the meantime, though, Lee is looking forward to starting a full-time job as an engineer this spring.

That, too, will come with challenges. "The classroom environment and the work environment are really different," says Lee. "Just because you make A's in classrooms, doesn't always mean you will be successful at work too. Especially as a woman, you have to prove you can do good work and not just expect to be accepted as an engineer."

And yet it is not something overly new to her after her past experience in the workplace. "I am not surprised if I am the only woman in the conference room," she says, before adding with a laugh. "I actually don't mind it at all."