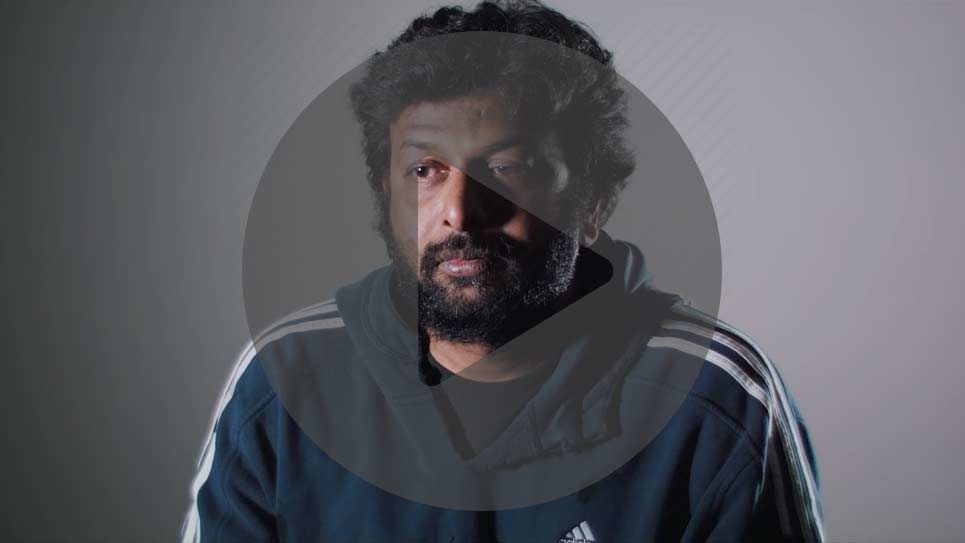 Chakravarthy "Chakri" Deverapalli, Director of Information Systems for the College of Business at The University of Alabama in Huntsville (UAH), will present the documentary "Homeless in Huntsville" on Wednesday, April 26, at 6 p.m. in the atrium of the Redstone Federal Credit Union on Wynn Drive. The screening is free and open to the public, and will be followed by a Q&A session. Those interested in attending are encouraged to RSVP.

"There were many ideas and organizations that our group wanted to focus on before we chose the homeless topic," says Deverapalli, explaining that the assignment required them to develop a project that would effect change in one of the city’s major community sectors. "But as the idea grew, we decided that we could use this platform to bring attention to an entire community of organizations working tirelessly to help an often-overlooked part of our society rather than just focusing on one. And the fact that it developed into a documentary just made sense, since it meant that we could share the experience with people outside the group."

Of the team’s nine members, two ­– Deverapalli and Jones – ended up volunteering to spend four days and three nights living on the streets last December. "We were the ones able to be away from our families and businesses for that period of time," says Deverapalli, who credits the remainder of the team with supporting "the many logistical challenges surrounding a project of this magnitude."

First and foremost, that meant capturing the experience on camera. "Isaiah was enlisted to gather, edit, and narrate the footage," he says. "His role was as involved as Brett’s and mine, because he would be there with us on the street before we woke up and until we went to bed." Just as important was ensuring the three men’s safety, which required working closely with the Huntsville Police Department. Though it didn’t hurt that, as a former Navy SEAL, Jones had "extensive personal protection experience," says Deverapalli.

With the documentary now complete, the team is hopeful it will help highlight and potentially resolve some of the many challenges faced by the city’s homeless population, whether it’s the lack of funding and mental health facilities to "how difficult it is to be homeless and not break the law," he says. "Through Isaiah’s talent as a storyteller, we hope that people will be able to identify with the struggles of being homeless, and fully appreciate the selflessness of organizations in our community."

But no matter how the documentary is received, Deverapalli can attest that it has already had a profound impact on the nine people responsible for bringing it to the screen. "It was an eye-opening experience for everyone involved," he says. "It changed everybody involved on personal level in different ways."