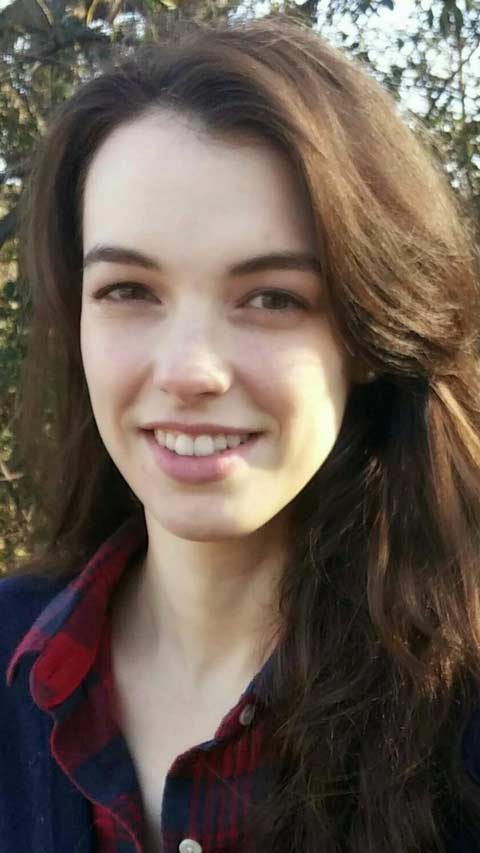 Phyllis Whittlesey, a graduate student in the Dept. of Space Science who is pursuing her doctorate in physics, presented her poster entitled, "Testing the Solar Probe Cup, an Instrument Designed to Touch the Sun" in the Solar and Heliospheric Physics subsection of the Space Physics and Aeronomy (SPA) competition. There were 10 winners from the SPA category and there were over 200 student entries in that section.

Typically, OSPA winners are in the top 2-3 percent of summed judges' scores in each science section. OSPA is an opportunity for students to get feedback from prominent scientists on their presentation skills. Students participating can read the judges' evaluations and become better scientists by becoming better speakers. OSPA is also a chance to recognize those students with outstanding presentations.

"I learned a great deal from those who came to my presentation, many of whom were enthusiastic and gave excellent feedback," Whittlesey says. "The whole experience was very encouraging and positive, but talking science with the great researchers in attendance was the ultimate prize."

The SPC is part of an instrument package called SWEAP (Solar Wind Electrons, Alphas and Protons) that will fly on Solar Probe Plus, a mission to the sun launching in 2018 that will fly closer to the sun than any prior spacecraft and will sample the sun's atmosphere directly for the first time.

"The measurements made by Solar Probe Plus will answer questions like, why is the sun's atmosphere millions of degrees hotter than the surface, and what is it that drives the solar wind?" Whittlesey says. "These questions are central to understanding our sun and space weather and have remained definitively unanswered for over 50 years."

SPC is a collaborative effort between institutions including the Smithsonian Astrophysical Observatory, the University of Michigan, Marshall Space Flight Center (MSFC) and UAH as well as others.

Although SPC works like a traditional Faraday cup, a robust instrument design that has a long heritage of use in space, no one has ever flown instruments of any type this close to the sun.

"SWEAP's principal investigator (PI) is Justin Kasper at the University of Michigan, and the SPC instrument scientist is Anthony Case, at SAO, both of whom gave critical contributions to the presentation," Whittlesey says. "The Institutional PI for SWEAP is Jonathan Cirtain of MSFC."

The SPC instrument sits on an arm extending from underneath the craft's heat shield with an unobscured view of the sun.

"Although SPC works like a traditional Faraday cup, a robust instrument design that has a long heritage of use in space, no one has ever flown instruments of any type this close to the sun," Whittlesey says. "The instrument team had to come up with a way to prove that SPC could not only survive this environment, but deliver the data that critical to answering these long-standing questions.'

At AGU, Whittlesey described SPC's operation, design, the expected measurements it will make and the tests the team has conducted. Tests included heating the instrument to simulate the intense temperature and light seen during the mission and simultaneously exposing the hot instrument to ions and electrons in a lab to test its fidelity.

"So far the results say SPC should take in-situ plasma measurements with higher resolution and faster cadence than any other instrument of its type to date," says Whittlesey.

An Arlington, Texas, native who earned her undergraduate physics degree from the University of Texas at Arlington, Whittlesey is advised at UAH by Dr. Gary Zank, chair of the Dept. of Space Science.

"In addition to answering those big questions we outlined, Solar Probe Plus will absolutely change the way we understand our sun in ways we might not even have thought of yet," Whittlesey says. "With the Voyager probes reaching the edge of the heliosphere, this mission touches one of the last unexplored stretches: the innermost reach of the Solar System and the atmosphere of our sun."