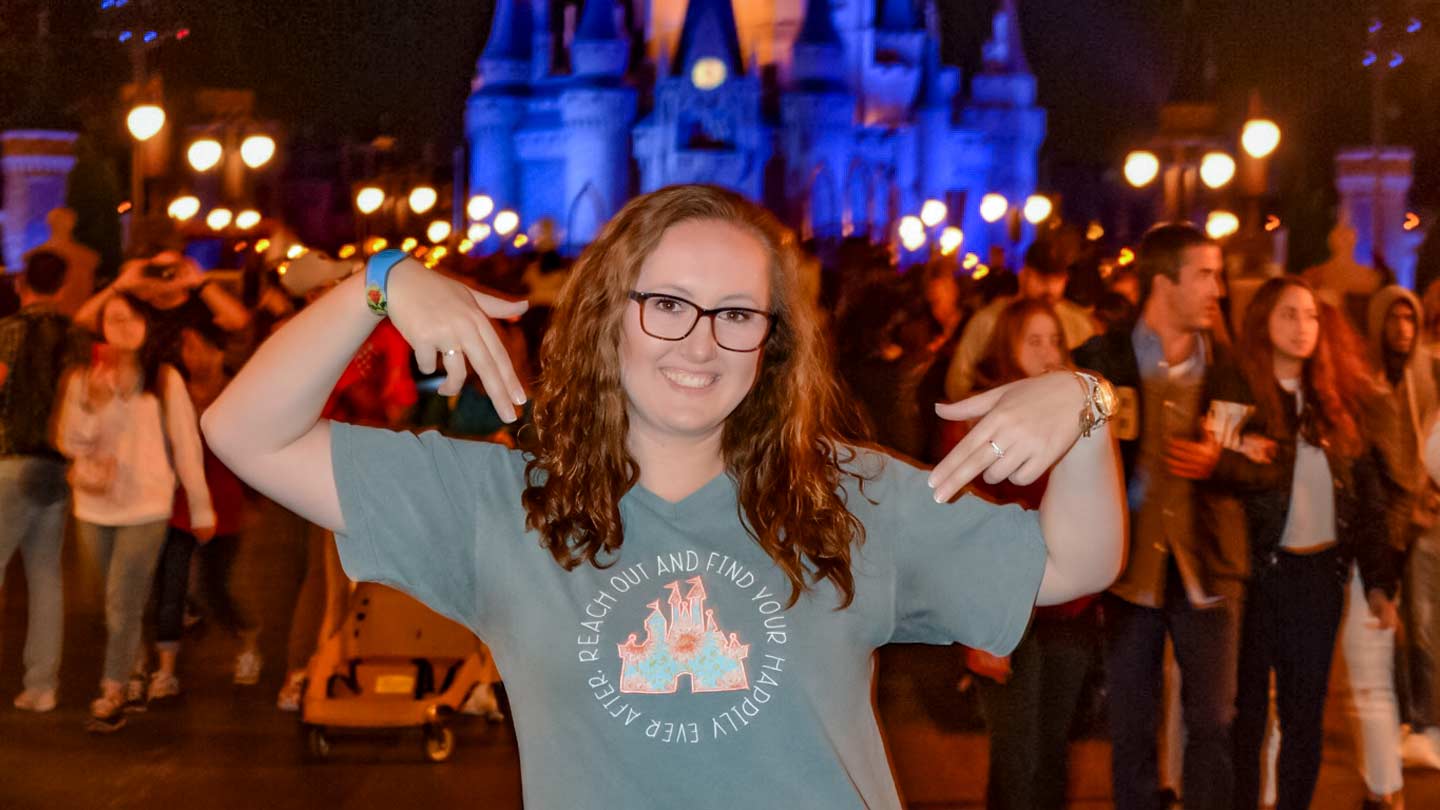 With her six-month paid internship at Walt Disney World Resort now over, senior marketing major Shelby Hall joins an elite group of students from The University of Alabama in Huntsville (UAH) who have successfully completed the company’s ultracompetitive college program. "I absolutely loved it," says the Meridianville, Ala., native of her stint as a merchandise cast member at the Orlando, Fla., resort. "It’s a once-in-a-lifetime experience that really prepares students for life in general. I would 100 percent recommend it!" 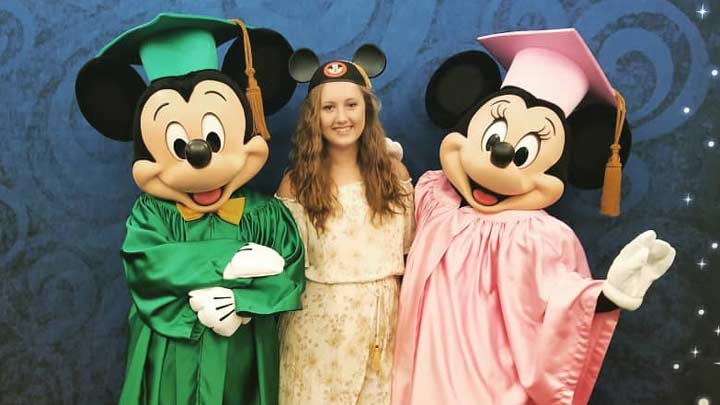 Hall learned she’d been accepted to the program this past October, a feat made all the more sweet by how hard it had been to achieve. "I applied for it three times before I got in," she says. "After the second time, I thought, it’s just not meant to be. I’m just going to finish school and maybe apply after I graduate." But when she saw the announcement calling for applications this fall, she reconsidered – and this time, her persistence was rewarded. "I got my acceptance email right before I was about to take a math test, and I think I took the test in 10 minutes so that I could go tell my mom!" she says with a laugh.

With her internship kicking off in mid-January, Hall headed down to Orlando shortly after the new year to move into Disney housing and meet her new roommates. "It was the first time I’ve lived on my own, which was another reason I wanted to do it," she says. "I wanted to get a taste of what it would be like when I’m on my own without being fully on my own."

Per her request for a merchandise role, she was assigned to Disney’s All-Star Music Resort, a family-friend on-property hotel within easy driving distance of the theme and water parks. "Originally, I was sad I wasn’t in the parks, but after I got down there, it ended up begin a blessing in disguise," she says. "Everyone says the people you work with make or break your experience, and the people I worked with were amazing." 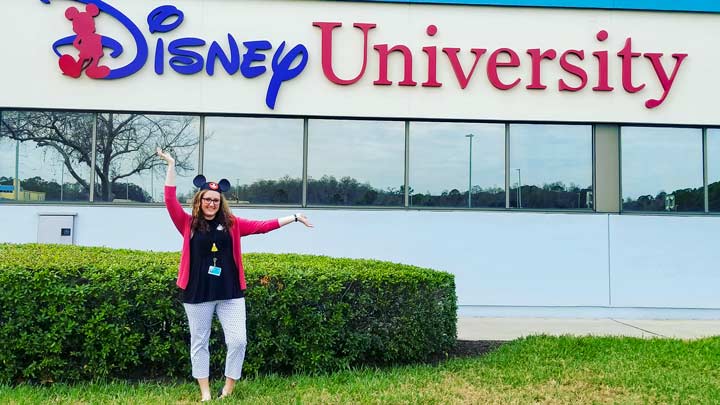 As for the job itself, Hall says she was well-prepared long before she interacted with her first resort guest. "The first week, you do some general training at Disney University, and then you do location-specific training," she says. "So when I had my merchandise training, they had a room set up that had a bunch of registers in rows and we paired up and practiced doing things like selling and scanning, and handling returns and exchanges." That was followed by on-the-job training, during which Hall says she and her trainer were "tied at the hip" until she passed her assessment. "They don’t just throw you in!" she laughs.

Her shift, from 4 p.m. to 1 a.m. five days a week, didn’t leave a lot of time for extracurricular activities. "Most days," she says, "it was like any other job – get up and go to work and come home!" But on her days off, she would often visit the theme parks, thanks to the free admission afforded to all program participants. "My favorite thing was the ‘Festival of the Lion King’ show," she says. "I saw it a lot – probably at least 30 times!" 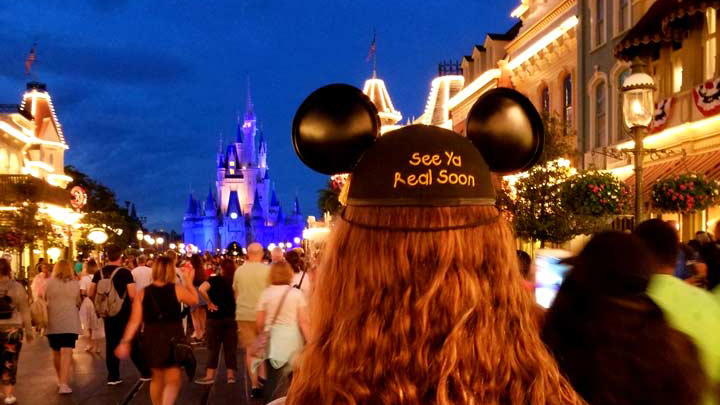 Hall hopes to return to Disney after graduation to pursue her “dream career” in marketing.

She also managed to attend a four-week Hospitality & Guest Service seminar, part of a series of Disney Exploration seminars open to program participants. Covering such topics as report operations and guest relations, the course reaffirmed Hall’s decision to pursue a major in the field. "I got to experience many great things while working at Disney," she says, "but I am grateful that it led me to marketing so that I can start my dream career."

Of course while she’d prefer that dream career start sooner rather than later, Hall is willing to put in the hard work to get where she wants to be. "If I could get a professional internship for the spring, I’d love to be able to do that," she says. "But if not, I will apply for more internships at Disney after I graduate and then hopefully move down there." After all, if she’s learned anything from past experience, it’s that persistence pays off.