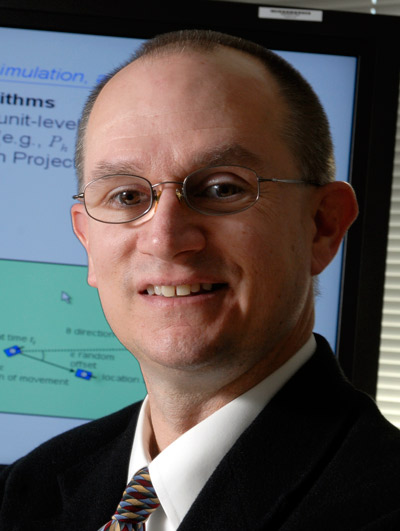 HUNTSVILLE, Ala. (Nov. 5, 2013) - Dr. Mikel Petty, director of the Center for Modeling, Simulation and Analysis at The University of Alabama in Huntsville (UAH), has contributed to a new Institute of Electrical and Electronic Engineers (IEEE) standard for distributed simulation as Drafting Group editor of the Product Development Group.

"Using the new standard will reduce the overall effort required to develop complex simulation systems involving multiple architectures," Dr. Petty said. "It will also increase the interoperability, which is the ability to communicate within and be reused in different systems, of individual simulation applications developed according to the standard."

Developed by a group working under the auspices of the Simulation Interoperability Standards Organization (SISO), the new standard was recently formally approved by the IEEE Standards Association Standards Board.

IEEE 1730.1™ is expected to be published and available by the end of 2013. The SISO website is www.sisostds.org.