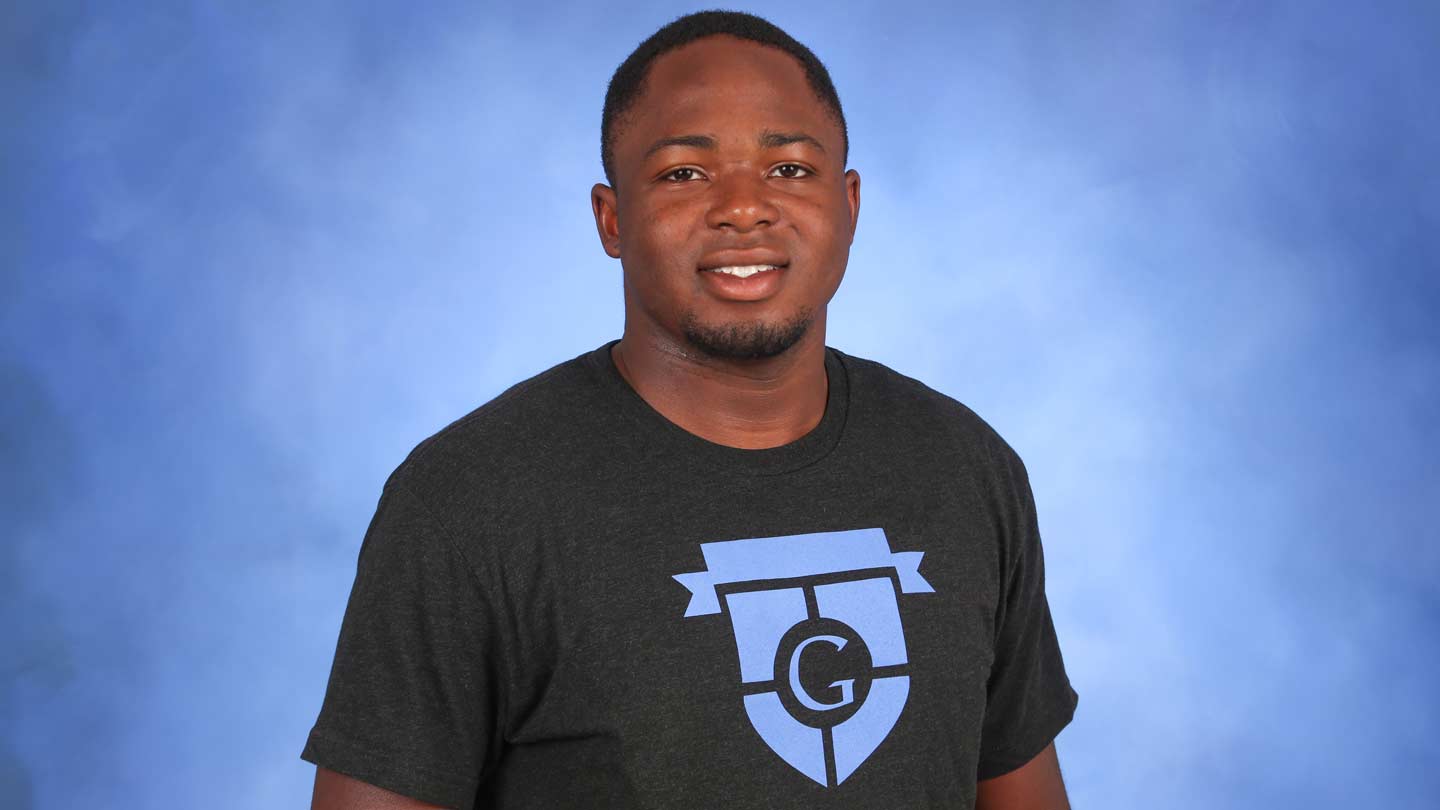 Arinze Aginwa, a junior business major, was selected to be the 2015 Google Student Ambassador for UAH.

"The idea is that I'm representing Google on the UAH campus," says the Nigerian-born Aginwa, a junior majoring in business with a focus in cybersecurity. Among his responsibilities are planning and hosting Google-related events, staying up to date on new Google products and programs, acting as a liaison for Google's various teams, and helping Google understand UAH's campus culture.

Computers are my first love, so being able to communicate and talk about my passion is what I really want to do.

To apply for the position, Aginwa had to meet the ambassador eligibility requirements, which include being enrolled as a full-time student, being familiar with Google products, being a Google+ user, and being active on campus. He also had to complete a basic application and submit a YouTube video to showcase his personality and his involvement on campus.

The first was no problem. Aginwa is a member of Phi Beta Sigma and the iSystems Club, an ambassador for the College of Business Administration, and a student specialist with UAH's Office of Information Technology (OIT). He also "loves everything about Google apps!" It was the latter that posed the bigger challenge. "I made a video talking about how my fraternity started Fried Chicken Wednesdays, but after I sent it, I thought about all the other things I wanted to include!" he says. "So I didn't think I would get it."

He needn't have worried. Despite the stiff competition, Aginwa was selected for the position based on the strength of his submission. "They said they watched everyone's videos and that no one was chosen by chance," he says. "That it wasn't about being super smart or super creative but about the ability to learn and connect with the people around you. They wanted someone who was a people person."

A few weeks later, he was on his way to Google's corporate headquarters, the Googleplex, in Mountain View, Calif., for a whirlwind three-day training session. "They gave us insight into what we would be doing and what was expected of us, and they talked to us about how to represent Google," he says. "We also got a tour of the Googleplex, and they introduced us to the different departments."

Now that he's back, Aginwa is focused on taking his ambassadorship to the next level. "I'm in the process of making myself known across campus, meeting with all the student organizations, and letting them know that this resource is available," he says. He's also working on establishing a new student group called Google@UAH and, come October, hosting a Google event with OIT for Cyber Security Awareness Month.

But even as he is helping other students in his capacity as ambassador, he is himself has become a beneficiary in more ways than one. "Computers are my first love, so being able to communicate and talk about my passion is what I really want to do," says Aginwa. "This opportunity has given me perspective on where I want to go in the future and a sense of purpose." Whether or not that will one day translate into working for Google full-time, however, remains to be seen. "That," he says, "would be amazing!"