Blast From the Past – Opening a Rocketry Time Capsule

For the first time in over 55 years, Dr. James Blackmon opened the box holding a 6-foot working prototype rocket he built from scratch as a teenager in 1956 – the vehicle that brought him from North Carolina to Huntsville for a meeting at the request of Dr. Wernher von Braun. 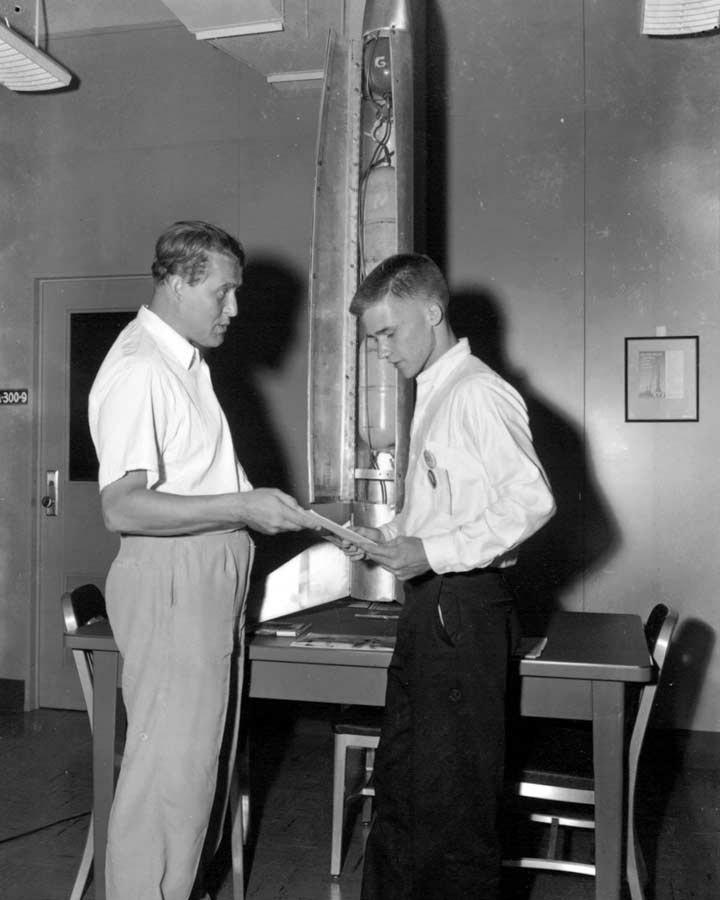 UAH's Propulsion Research Center is preparing for its 25th anniversary next year, and the experimental roots of its faculty run even deeper.

In 1956, 16-year-old Jimmy Blackmon did a very unusual thing for that time. He built a rocket from scratch in the basement of his home in Charlotte, N.C., predating even the well-known Homer Hickam and the Rocket Boys. The resulting news coverage got him on the radar screen of the nation's No. 1 rocket man, Dr. Wernher von Braun. Blackmon and his father, Bert Blackmon, spent three days in Huntsville with von Braun, General Toftoy, Army engineers and other officials as the rocketry pioneer mentored the teen.

Now a UAH professor for 15 years, Dr. Jim Blackmon still has that original rocket he built as a teenager which, because a Federal Aviation Administration ruling and the admonitions of Dr. von Braun, he never flew – although a second iteration did successfully launch and fly. His design that used the nucleic cooling of ice keep engine temperatures down was never tested. But test firing a replica of that engine is something Dr. Blackmon still would like to see happen today. 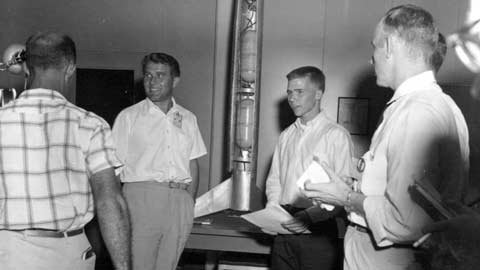 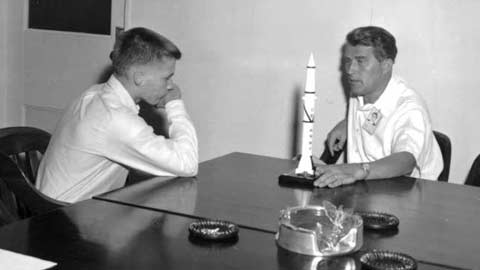 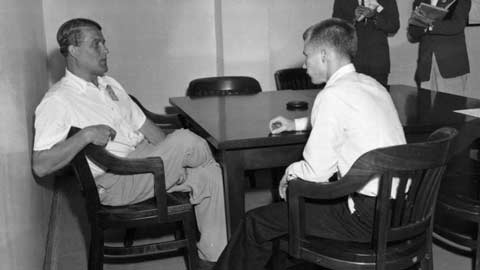 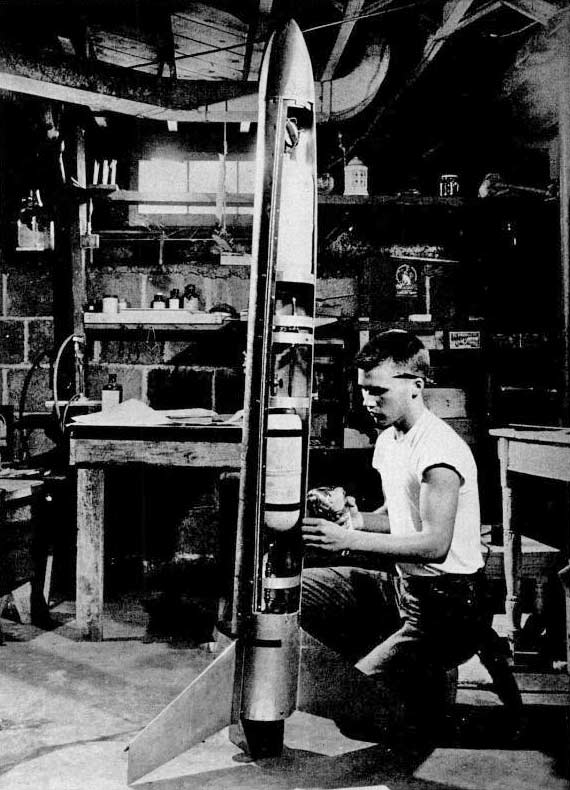 We Like You to Meet. This month we want you to shake hands with James M. Blackmon, Jr., of Charlotte, N. C. (1815 Club Rd.). Seventeen years old, Jim is the nation's youngest rocket builder to receive national recognition by the American Rocket Society.

Along with this recognition, Jim received the $1,000 ARS-Chrysler Corp. science-youth award at the ARS 11th annual meeting. This is the first prize he's ever won, but he certainly started at the top!

First working as a rubber-powered model plane builder 10 years ago, Jim became interested in rocketry, started reading every thing he could get hold of on the subject. In fact, he says, he pretty near memorized Zim's "Rockets and Jets" book!

When he was in the 9th grade science class he decided to really dig into the subject. Eventually he began working on small size rockets. Last summer he turned out a 6-foot "bird" in his basement shop. He was planning to fire it from a farm outside Charlotte when the Civil Aeronautics Administration heard of his intent and ruled it would violate air regulations. (All junior rocketeers, please note.)

Army missile experts were intrigued by his rocket and offered to examine it at the Redstone Arsenal, Huntsville, Ala., center of the Army's missile activity. The fundamental design and engineering in the home-make rocket were highly praised by the military missile scientists.

Unfortunately, it was found that Jimmy's basement workshop could not turn out the necessary material for control and mixing of the liquid nitrogen, gasoline and liquid oxygen which were to propel the rocket and it was "grounded."

In describing his rocket, Jim says, "Its nose is a $5 metallic lampshade. Each of the fuel tanks has its own valves and gauges. The combustion chamber is 6" long and 2" in diameter." He installed a dry ice cooling system to keep the aluminum nose cone from melting under the 3,000° (C.) temperature it would reach in flight.

That lampshade had the Army's missile experts stumped until Jim told them what it was. "We wondered how in the world a youngster had machined it," one Redstone scientist said, "then he told us it was made from a modernistic aluminum lampshade.

"We spend thousands of dollars and use all kinds of complicated formulae to determine the exact curve of the warhead - Jimmy started with the best warhead he could find and then built the rest of the rocket around. it."

Although his first rocket was grounded, Jim's disappointment was eased by the offer of a post-college job at Redstone and the lengthy talks he had with such authorities as Dr. Werner von Braun, one of the creators of the German V-2 and now director of development operations for the Army's ballistic missile agency at Huntsville.

Rocketman Blackmon graduates this year from Phillips Academy where he is president of the Chess Club, Science Club veep and a member of the German Club. When we talked with him he was undecided whether to try for M.I.T. or Cal-Tech. "Depends," he said, "on which has the best program available in the missile field when I finish up at Phillips."

From rubber-powered models to missiles from a 59c kit to a $1,000 award, is quite a jump. But we predict you'll be hearing more from ex-modeler Blackmon as time zips by.