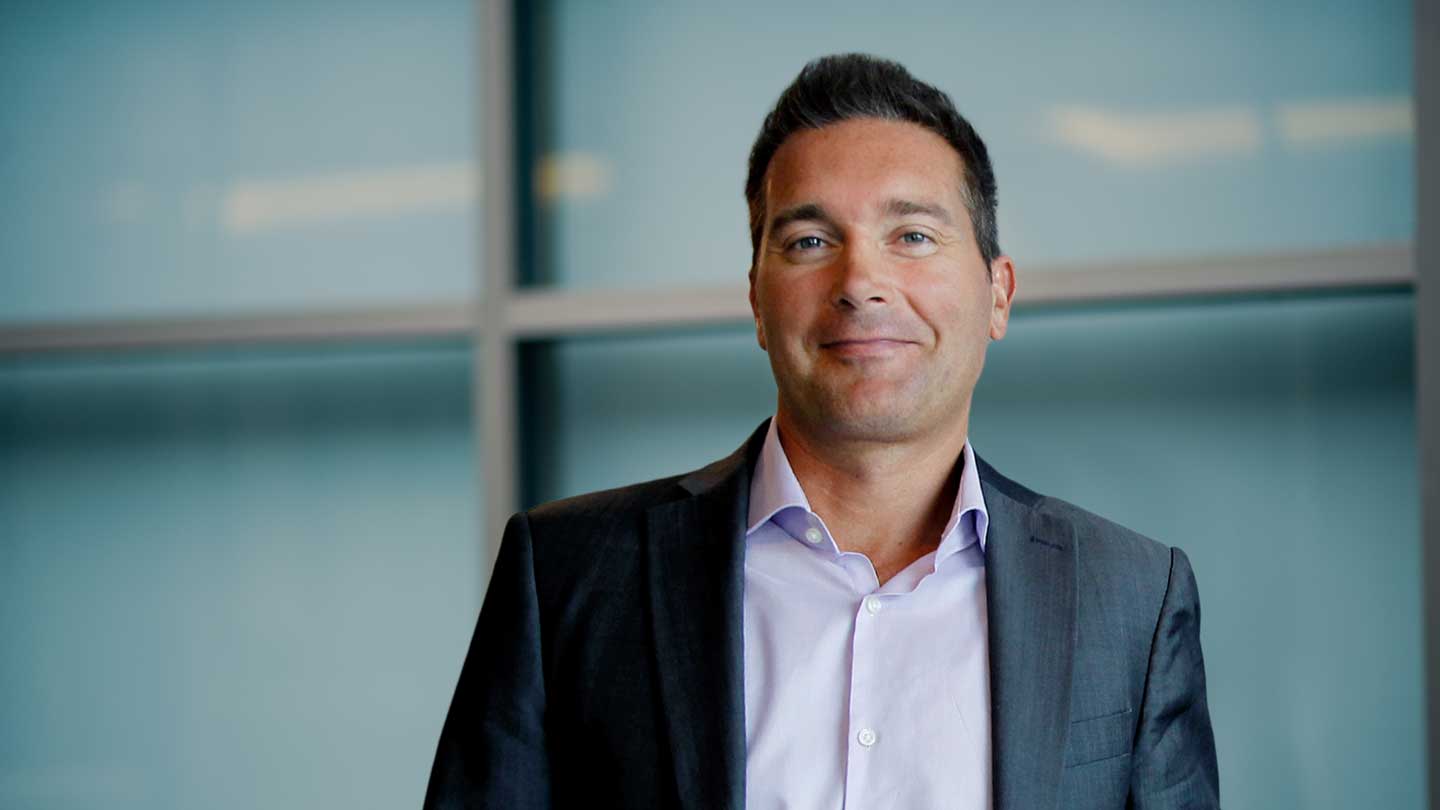 Sheldon Wolitski is the founder and owner of The Select Group.

It was ice hockey that brought Sheldon Wolitski to UAH, but he says his experiences at the university and in the Huntsville community changed his life forever.

The founder and owner of The Select Group, which unites top companies with highly skilled candidates for managed services and contingent staffing and provides specialized IT services, Wolitski (’96, Business Administration, BS) is one of four Alumni of Achievement being honored by the UAH Alumni Association on Tuesday, Aug. 1, from 5:30 p.m. to 7:30 p.m. in Room 112 of the Student Services Building. Attendees may RSVP at https://www.surveymonkey.com/r/AoARSVP. Questions may be emailed to alumni@uah.edu.

He chose UAH because of a hockey scholarship. But he says UAH chose him, too.

"I was talking to a lot of different schools but the reason I chose UAH was because of Coach Doug Ross," Wolitski says. "He essentially took a chance on me. A lot of schools were talking to me, but they weren’t giving me the whole package UAH wanted to give me."

His interest in entrepreneurship started at UAH and resulted in the founding of his firm 19 years ago, working initially from his home in Raleigh, N.C.

"I got really close with the UAH faculty on the business and marketing side and they really opened up my eyes to entrepreneurship," Wolitski says. "I really got to understand the value of opening and running your own business. I didn’t really understand it until I started taking my marketing classes at UAH and was influenced by Dr. Jim Simpson and Dr. Brent Wren."

By his senior year, the hockey side of his UAH experience was delivering big-time.

"1996 was one of the greatest memories – undefeated national champions my senior year," Wolitski says. "Every time I think about it, I get goose bumps."

And it’s not just the memories of his team’s achievement alone that are so powerful.

"Seeing the crowds at the games, and everybody flying the UAH flag was just awesome," he says. "It was just everywhere you went – the whole community came together. Everyone was talking about our undefeated championship."

As his interest in his field of business grew, a UAH connection helped provide the next step.

"I think the interesting thing is, the only reason why I am in the business I am in right now is because a UAH alumnus took me under his wing, talked to me about the industry I am in and helped to get me a job," he says. "Shane Prestigard was the alumnus who started me out. He was the one that took me under his wing, and he put in a good word for me so that I could get a job."

Wolitski’s business career has had its highs, but it also has had its lows, and he turns philosophically to the lowest point when asked about a career highlight for him.

"You know, it is probably going to sound really strange that I would bring this up as a career highlight, but after I started in ‘99 and the tech stock bubble bust and then the 2000-2001 recession happened, I actually lost everything," he recalls.

"But then, I was able to take that and take what I learned from that and build what we have today. At that time, I probably would not look at it like I do now, but now we are a $140 million dollar company even though back then I was on the brink of bankruptcy. I mean, I’m comfortable with risk, I have to take risks everyday to be in business. But you learn lessons from that, going forward. You’ve just got to get up and get back on your feet."

His business success has brought him full circle and back to the university and city where it had its first glimmers of genesis.

"We just opened up an office in Huntsville about four months ago," Wolitski says. "I am excited to be able to come back and to give back to the community."

Part of giving back includes a $500,000, five-year contribution to UAH athletics.

"I’ve made some charitable contributions to UAH athletics and I want to help. I’ve got a heart full of gratitude for the opportunity that UAH and the whole community gave me," Wolitski says. "I really feel I wouldn’t be where I am today if it wasn’t for the four years I spent there."