Alumnus’ firm in forefront of private Wi-Fi, Internet in space 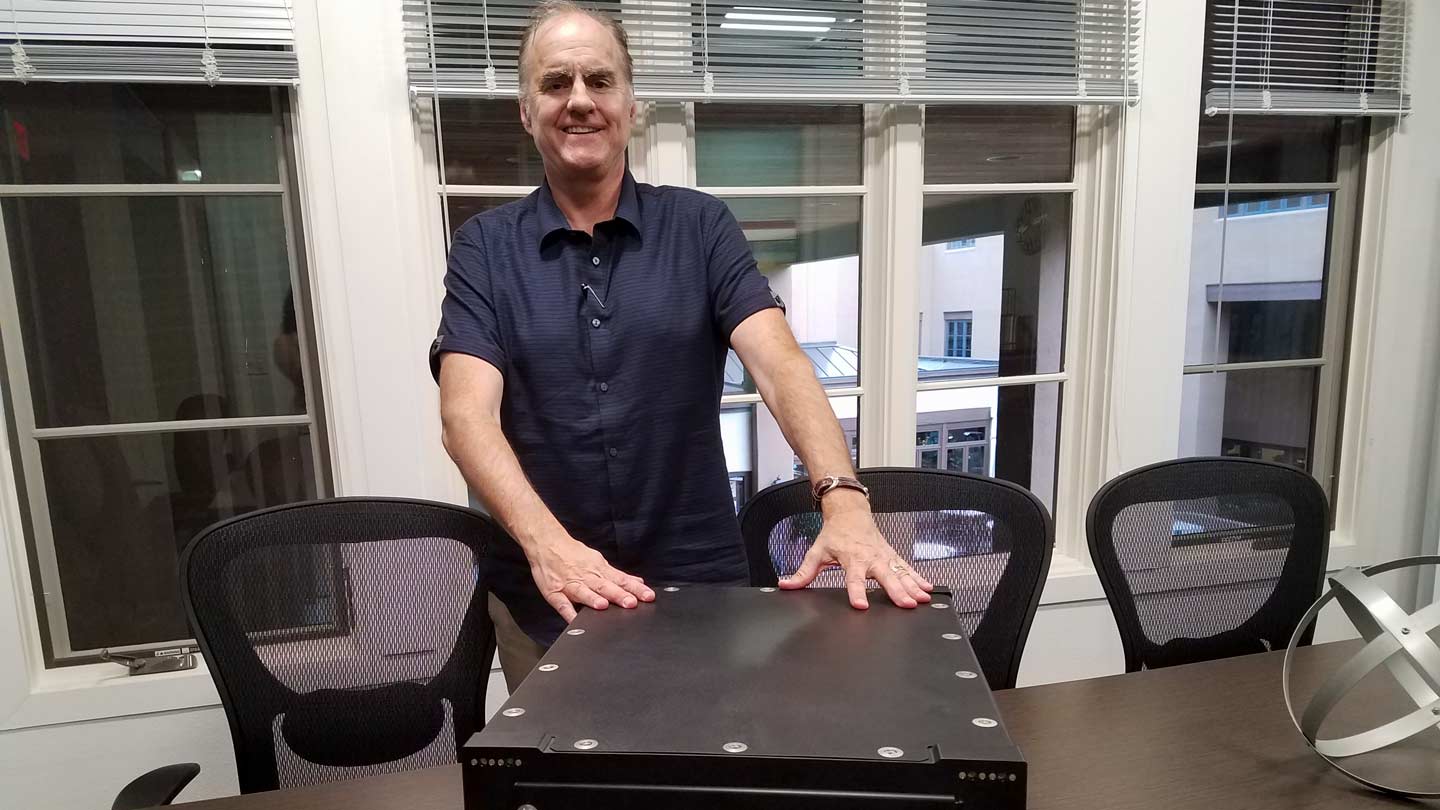 Brian Barnett with the Schmitt Space Communicator SC-1x payload, which will test Wi-Fi service in space.

A business co-founded by an alumnus of The University of Alabama in Huntsville (UAH) will soon fly a mission to demonstrate the first privately funded Wi-Fi and Internet service in space.

"Most of our customers will not be in space. Our customers will be on Earth and we will provide access to their things and people in space via our software app and space-based hardware," says Barnett, a native of Oklahoma City. "A lot of what we are doing is software based. But we do have a patent pending on our space-to-space communications technology."

He says landing a spot at NASA was difficult, but he persisted. 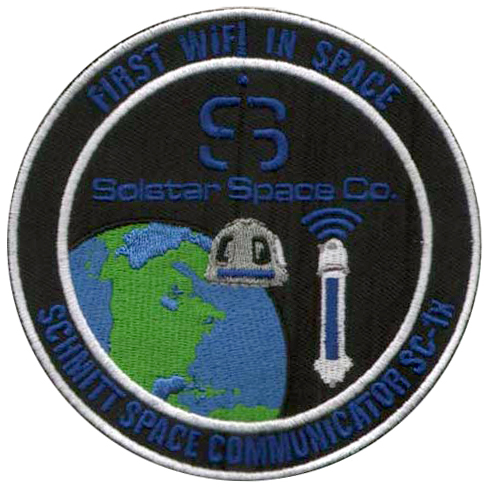 "I had met ‘The Right Stuff’ astronaut Deke Slayton in Houston a few years earlier. I was getting down and discouraged, and out of desperation I called Deke from a pay phone in Salmon Library to see if he could introduce me to people at MSFC. He told me to call a few of his friends there and that is how I was able to land a job at NASA. Because of that, we have named our low Earth orbit-based space communicators after Deke Slayton – the Slayton Space Communicators."

Barnett moved from Houston to New Mexico in late 1993 to be closer to family in Colorado and Oklahoma and to raise his family in the Rocky Mountains. While at KPMG in Albuquerque, he wrote the original plan for what is now Spaceport America in New Mexico.

"I hired Apollo 17 astronaut Jack Schmitt as a consultant. I also worked on finding the best location for the spaceport, which is exactly where it is built today," Barnett says. "Now Solstar has launched out of there and poised to provide services for the spaceport customers as flights ramp up. We have named our suborbital space communicators after Jack Schmitt – the Schmitt Space Communicator."

His first startup venture, a commercial space satellite communications company, was formed in 1999 in New Mexico.

Currently there is no convenient way for people on the ground to interact with their things in space. There is no commercial service to do that, and that is the market need that Solstar addresses.

"We have already provided similar communications services to people and things on Earth where remote communications are needed. My companies began providing Internet and voice service for commercial and government aircraft, starting over a decade ago," Barnett says. "For instance, Wal-Mart approached me and my company to provide such services on their fleet of Lear jets. So we have been providing the Internet of Things for a long time."

He began conceptualizing providing these services on board spacecraft around 2009 and started to again become involved with NASA, after having left the NASA complex in 1993.

"We won a Space Act Agreement (SAA) with NASA Flight Opportunities Program (FOP) in 2013. With this SAA, we pay for the development of our technology and payload and NASA pays for our spaceflight. So we successfully tested our technology in space in 2013. We are manifested to fly our space communicator payloads on the next two Blue Origin New Shepard flights through the FOP program."

Historically and currently, communications are conducted through government infrastructure, which operated and controlled the Space Shuttle and which operates and controls the International Space Station (ISS), for example.

"But to do meaningful research in space, a commercial service is essential. Especially as more commercial platforms and machines are built and operated in space," Barnett says. "I wrote my masters thesis at UAH on this."

What he’s doing now with Wi-Fi and commercial Internet service in space is why he chose to attend UAH, Barnett says.

"For graduate school, I wanted to go someplace where I could fly an experiment on the Space Shuttle before I graduated. I did just that, working on the protein crystal growth and other middeck experiments on STS-26, which was the first launch after the Challenger accident," he says.

"I chose UAH because it was close to a NASA center and because one of the Centers for the Commercial Development of Space (CCDS) was located there. I worked very closely with Dr. Chuck Lundquist, the director of the CCDS, and I became good friends with former MSFC Center Director Bill Lucas, who had moved to UAH."

While a student, Barnett founded the UAH chapter of Students for the Exploration and Development of Space (SEDS).

"I became national chairman of SEDS," he says, "and we had a great group of students who had also come to UAH to get involved with the space program."