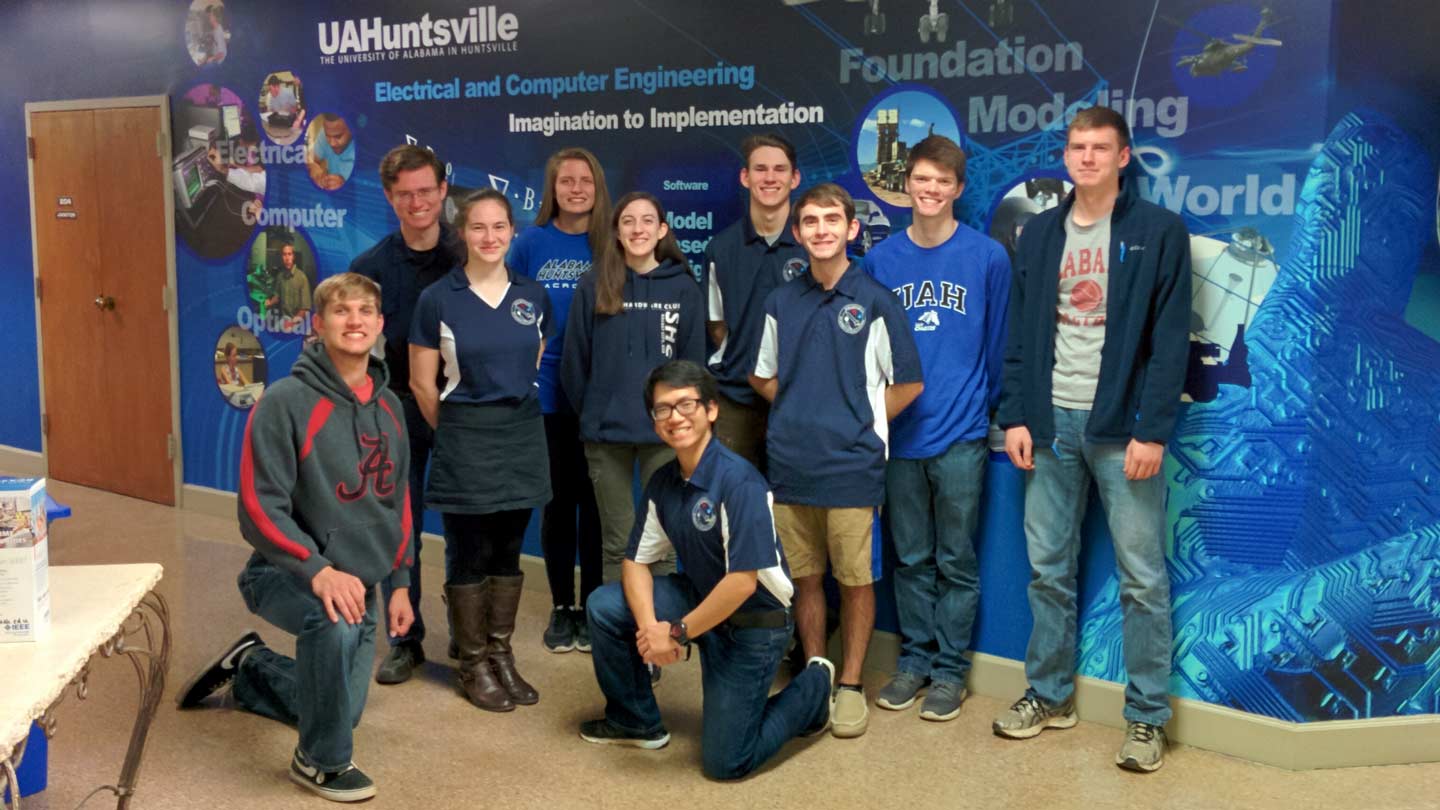 The teams will launch several roughly 8-foot-tall, helium-filled balloons, which will carry video cameras and other equipment to an altitude of up to 100,000 feet.

At approximately 12:40 p.m. CST at Austin-Peay State Universities Observatory in Clarksville, Tenn., UAH will launch. At 2:47 p.m. EST at South Carolina State University in Orangeburg, S.C., UA will launch. Live footage from the cameras will be available for public viewing on NASA’s website, nasa.gov.

UAH’s Space Hardware Club team is comprised of 20 members and is led by Dr. Francis Wessling, a professor in the Dept. of Mechanical and Aerospace Engineering.

"I had been planning to work on an eclipse ballooning project since my freshman year,” Jordan said. “I had no idea that two years later I would become a part of a national effort and be given the opportunity to work with so many other ballooning groups to learn new skills and ballooning techniques."

In addition to video cameras, the teams’ balloons will carry GPS tracking systems and cameras to capture still images of the eclipse.

The UAH team will have an astrobiology experiment from NASA Ames aboard and an additional pointing payload experiment.

The payload for the team from UA will include a control moment gyroscope system, designed by students, used to stabilize and position cameras capturing the eclipse shadow.

Once the eclipse has passed, the balloons will pop and the payloads will parachute to Earth.

As part of the Eclipse Ballooning Project, 55 teams from across the country will live-stream footage of the total solar eclipse, in which the moon will entirely block the sun for approximately two minutes on a path progressing from the Pacific coast in Oregon to the Atlantic coast in South Carolina.

The NASA-sponsored project, which is led by the Montana Space Grant Consortium at Montana State University, has been years in the making. According to MSGC Director Angela Des Jardins, the project marks the first time that high-altitude video footage of a total solar eclipse has been broadcast live.

“We’re excited to provide a unique perspective of this rare phenomenon,” Des Jardins said. “The live-stream video will show the curvature of the planet, the blackness of space, and the whole of the moon’s shadow crossing the Earth during the eclipse.”

The Montana Space Grant Consortium at Montana State University initiated the project in 2014. The project is sponsored by the NASA Science Mission Directorate and NASA’s Space Grant program, a national network that includes over 900 affiliates from universities, colleges, industry, museums, science centers, and state and local agencies belonging to one of 52 consortia in all 50 states, the District of Columbia and the Commonwealth of Puerto Rico.