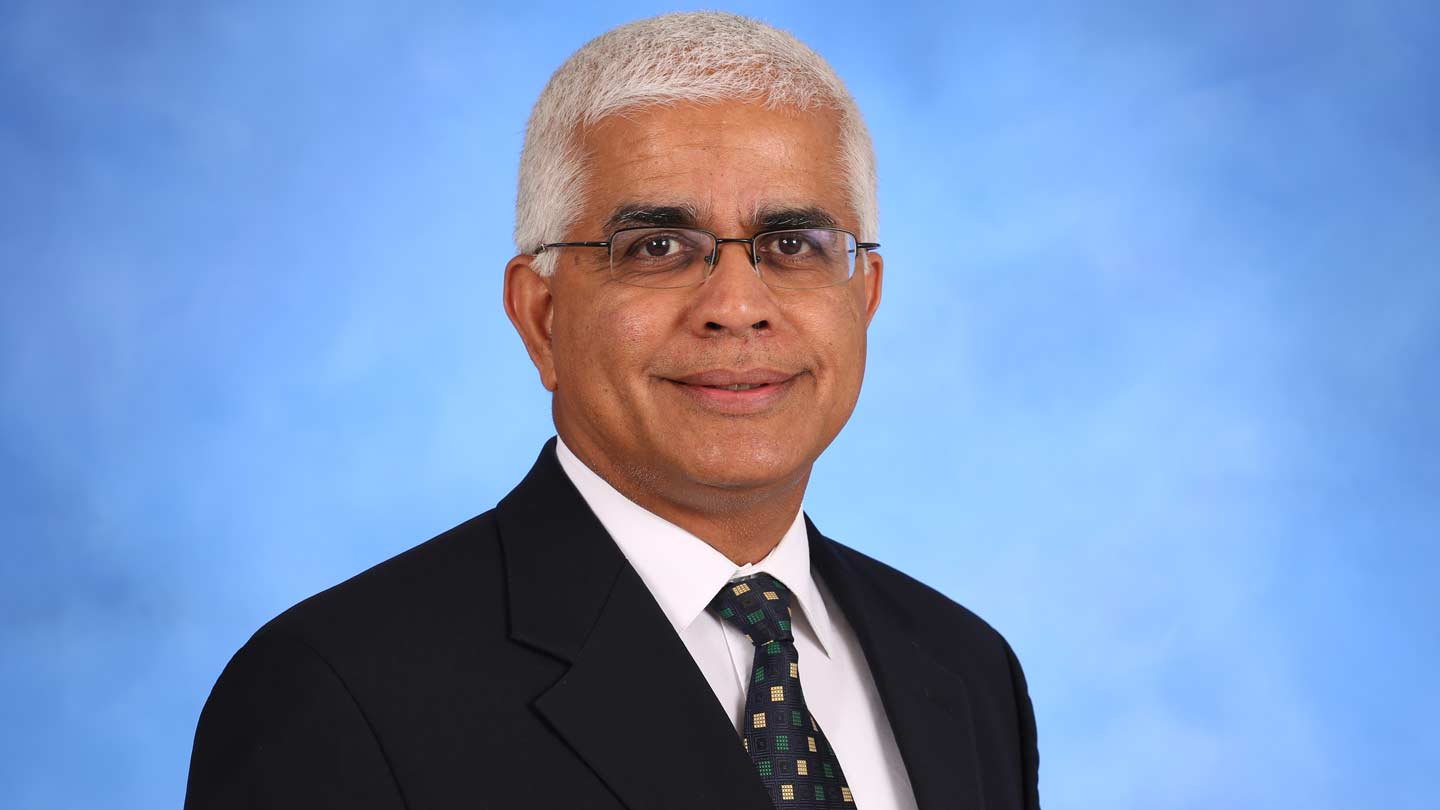 Dr. Shankar Mahalingam has been dean of UAH’s College of Engineering since 2010.

Dr. Shankar Mahalingam, dean of the College of Engineering at the University of Alabama in Huntsville (UAH), has been elected a fellow of the American Association for the Advancement of Science (AAAS).

The AAAS council annually elects members whose efforts on behalf of the advancement of science or its applications are scientifically or socially distinguished.

Dr. Mahalingam will be inducted as a new fellow in a ceremony on Feb. 13 in Washington, D.C. Dr. Mahalingam is UAH's second AAAS fellow. Dr. Gary Zank, chair of the UAH Department of Space Science, was named a fellow in 2003.

"I am honored by this recognition which is a testament to the work of my current and former PhD students from here at UAH and from my former institutions including the University of California, Riverside and the University of Colorado at Boulder," says Dr. Mahalingam. "I am fortunate to have worked with great collaborators at all three institutions."

Dr. Mahalingam was cited "for distinguished contributions to the field of combustion using laboratory scale experiments and computational models, leading to improved understanding of wildland fire behavior, and for service in administration."

"Dr. Shankar Mahalingam is an excellent researcher whose expertise in wildland fires is nationally and internationally recognized, says Dr. Christine Curtis, UAH provost. "The induction of Shankar Mahalingam into the AAAS is a recognition of his outstanding contribution to the prediction and eventual control of forest fires, which has the potential to impact substantially not only the economics of the regions of our country where forest fires are prevalent but also the lives and well-being of those whose living in those areas."

Since 2010, he has been dean of the College of Engineering and professor of Mechanical and Aerospace Engineering at UAH. Dr. Mahalingam's research interests include direct and large eddy simulations of turbulent combustion, forest fire modeling, flame spread experiments, computational fluid dynamics applied to turbulent combustion, acoustic-flow interactions pertinent to solid rocket motors, and cardiovascular fluid dynamics. He has successfully supervised or co-supervised the dissertations of 12 doctoral students, including six at CU Boulder, four at UC Riverside, and two to date at UAH.

Dr. Mahalingam has received approximately $5 million in extramural research awards as either principal of co-principal investigator. His fire behavior research has been continuously funded by the U.S. Dept. of Agriculture's Forest Service since 2001. He has received funding from other agencies including the National Science Foundation, the Air Force Office of Scientific Research and the American Chemical Society - Petroleum Research Fund. He is a member of The Combustion Institute, the American Physical Society (Fluid Dynamics), the American Society for Engineering Education, Tau Beta Pi and Sigma Xi. Dr. Mahalingam is an associate fellow of the American Institute of Aeronautics and Astronautics, and a fellow of the American Society of Mechanical Engineers.