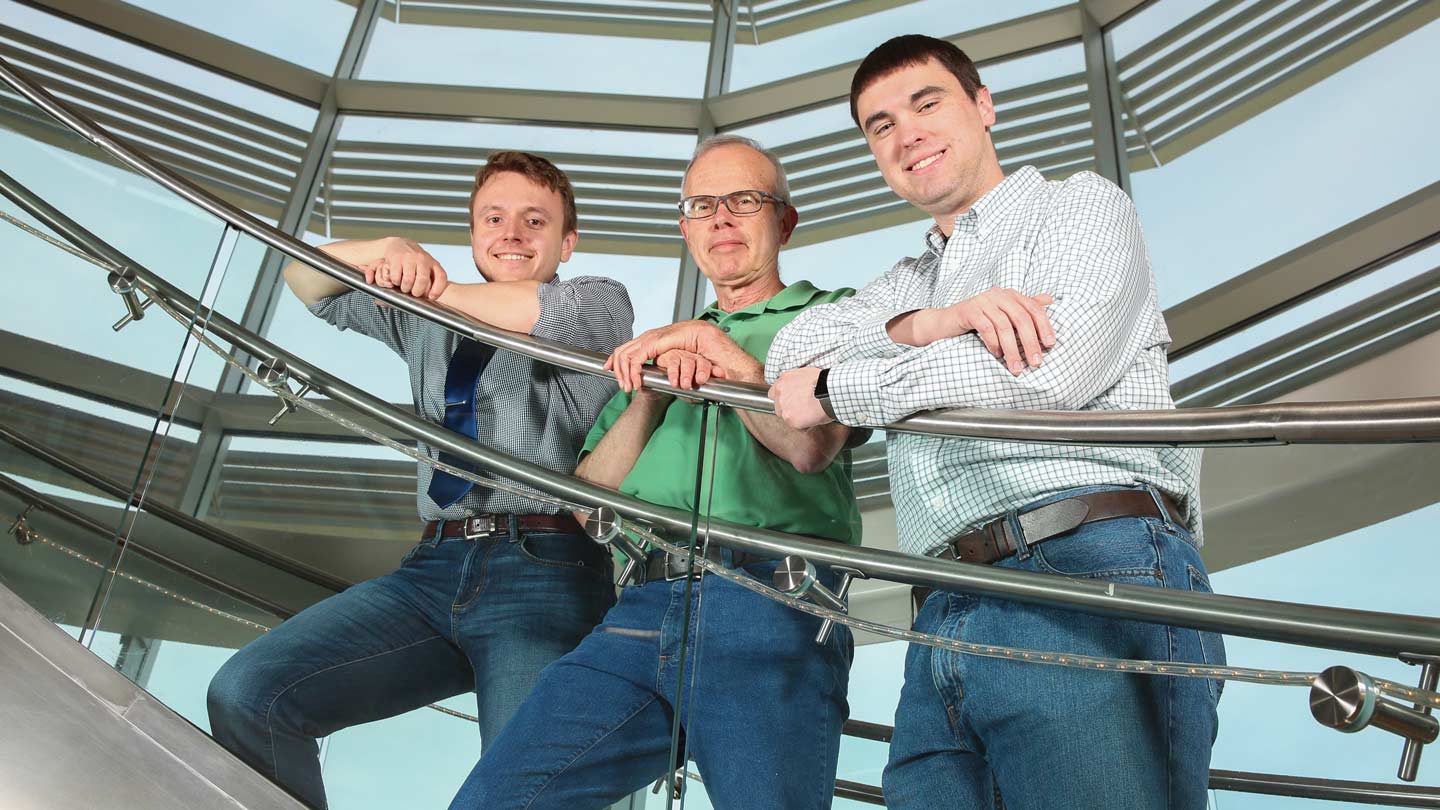 Scientists at The University of Alabama in Huntsville (UAH) are publishing research about tornado formation resulting from the multiyear Verification of the Origins of Rotation in Tornadoes Experiment Southeast (VORTEX-SE) program.

Begun in 2016 and centered at UAH’s Severe Weather Institute – Radar and Lightning Laboratories (SWIRLL), VORTEX-SE brings together multiple universities and other scientific entities annually during springtime to study storm formation and the storm components that spawn tornados. It has been well supported nationally by Alabama legislators who recognize the tornado forecast challenges and the importance of research needed to improve forecasts and warnings.

"Rep. Robert Aderholt has supported VORTEX-SE on the House side, while U.S. Sen. Richard Shelby has supported it on the Senate side," says Dr. Kevin Knupp, professor of atmospheric science at UAH. Much of Sand Mountain and the VORTEX-SE operational area are within Rep. Aderholt's 4th Congressional District.

As many as 11 universities have concentrating their observational, data gathering and research capabilities on storms during Intense Observation Period (IOP) operations, Dr. Knupp says. Also involved are National Oceanic and Atmospheric Administration (NOAA) laboratories, including the National Severe Storms Laboratory at Norman, Okla.

Other VORTEX-SE supported entities conducted social science research, such as the University of Alabama, Mississippi State University and the National Center for Atmospheric Research.

Recently, a VORTEX-SE IOP tracked the long-track EF4 tornado blamed for killing at least 23 in Lee County, Ala., on March 2-3.

The first study examined the geographic features in the Sand Mountain area, a sandstone formation in northeastern Alabama that to a lesser degree extends into southwestern Tennessee and northwestern Georgia.

The Alabama portion of Sand Mountain sees the formation of an above average number of tornados, and the new research explores the possibility that topography has an influence on tornado formation in the Sand Mountain region. Researchers don’t know yet exactly how the environmental changes impact the storms, but they have gained insights into the environments surrounding tornadic storms in northeast Alabama.

"The first paper that we published on the subject shows a statistically significant ‘hot spot’ of tornado formation centered on the Sand Mountain plateau when analyzed against a region within 250 kilometers of either Sand or Lookout Mountains," says author Anthony Lyza, who started the research as a UAH masters student and continues it as a doctoral candidate. Much of the work in the paper he completed as a doctoral student.

Prior to 2016, the only consistent long-term weather observations available for that area are from surface stations at Albertville, Scottsboro and Ft. Payne.

"When comparing surface observations prior to tornado events on Sand and Lookout Mountains, we found that cloud base heights tend to be lower at Albertville, atop Sand Mountain, than at Scottsboro in the adjacent Tennessee Valley, and that surface winds tend to be stronger and more backed, or counter-clockwise oriented, over the plateau," Lyza says. "Lower cloud base heights and more backed flow both tend to be generally more supportive of tornadoes."

Surface observations are limited in telling the extent of atmospheric wind and temperature and moisture changes over the plateaus vs. the surrounding lowlands.

"Thus, our goal in the fall 2016-spring 2017 VORTEX-SE experiment period was to gather information about deeper layers of the atmosphere over northeastern Alabama to address a fuller extent of how the atmosphere evolves in the terrain and how that may potentially affect the possibility of tornado formation in northeast Alabama," he says.

"The initial analysis of data gathered in northeast Alabama since 2016 indicates that the atmospheric changes associated with lowered cloud base heights are typically present atop Sand Mountain," Lyza says. "These observations also show that the vertical wind shear changes that were hypothesized based off the long-term surface observations can occur, but are not consistent under all environmental conditions."

An ongoing analysis aims to identify the conditions under which vertical wind shear may be favorably enhanced atop Sand Mountain. While there are some encouraging signs being noted in the data, Lyza says, the results are too preliminary to discuss at this time.

"All of these results are currently being compiled and prepared for a journal article that will likely be submitted for peer review in the next couple of months," he says.

HSI is an instability that results from rapid turning of the winds over a very short distance.

"It is this instability that we believe may lead to tornadoes in some of the quasi-linear convective systems (QLCSs) that occur in North Alabama," Conrad says. "For an example of HSI releasing, place a pen between your hands and then move them in opposite directions to cause the pen to rotate."

Because of data limitations, the certainty of a relationship between tornadoes and HIS could not be confirmed, but the research found that in some QLCSs, especially those that occur in the cold season, HSI is a potential mechanism for the formation of mesovortices. Every tornado has a mesovortex in it but not all mesovortices produce tornadoes.

"With more observations and modeling studies, these results could help our understanding of which storms are more or less likely to produce severe weather during the cold season," Conrad says.

"Both studies have improved our understanding of the physical processes occurring within storms," says Dr. Knupp. "These processes often have signatures that can be used by forecasters to issue tornado warnings with greater confidence and accuracy, and longer lead time."