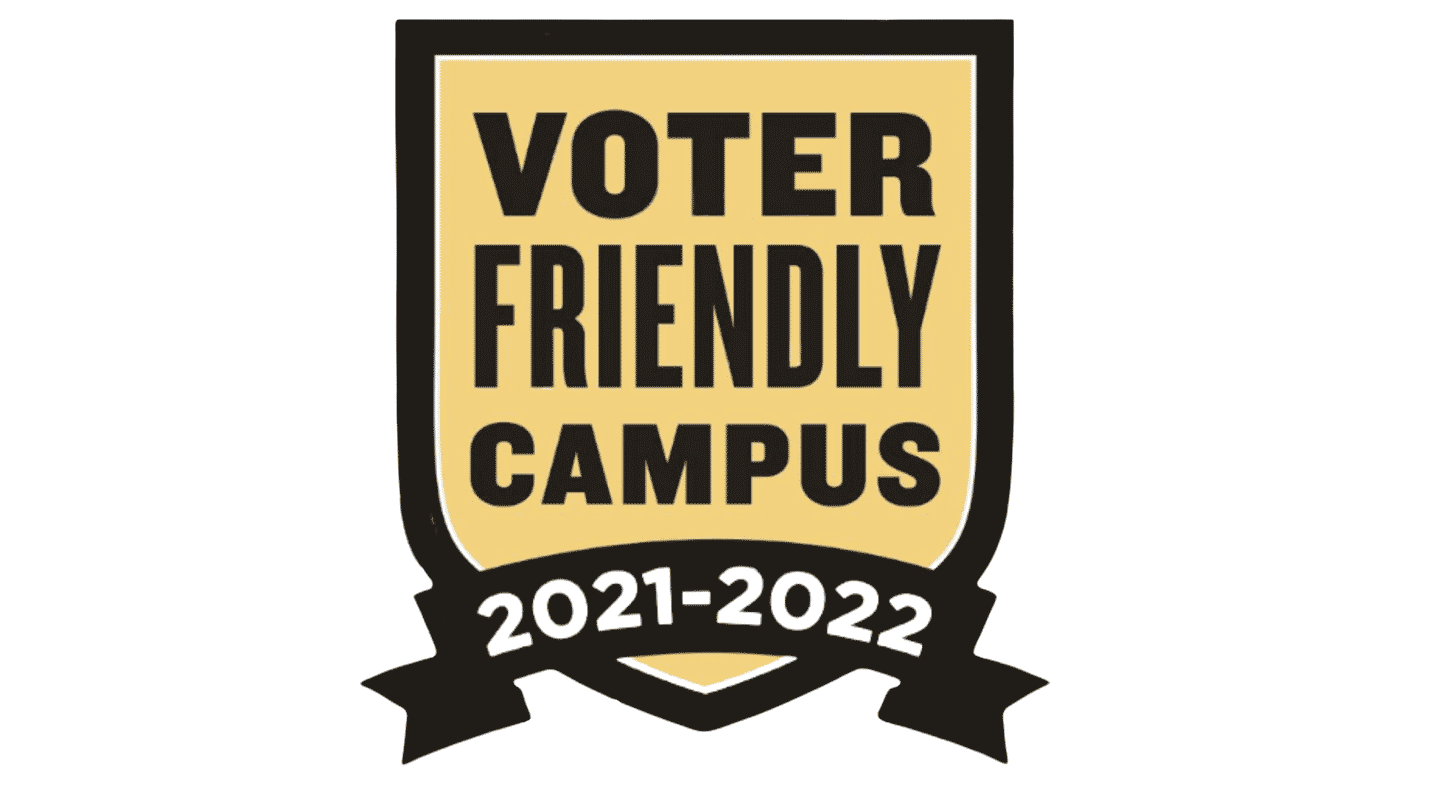 The University of Alabama in Huntsville (UAH), part of The University of Alabama System, has been designated as a "Voter Friendly Campus" by the Fair Elections Center’s Campus Vote Project (CVP) and the National Association of Student Personnel Administrators (NASPA). UAH is one of over 231 campuses in 37 states and the District of Columbia to have achieved this designation as part of an initiative led by these national nonpartisan organizations. The designation is valid through December 2022.

The CVP and NASPA hold participating institutions accountable for planning and implementing practices that encourage their students to register and vote in the coming years. The mission of the Voter Friendly Campus designation is to bolster efforts that help students overcome barriers to participating in the political process.

"After a year of work on voting efforts on campus, our ChargersVote team is absolutely thrilled to have received this designation on behalf of UAH," says William Hargrove, who serves on campus as the Coordinator for Civic Engagement and Leadership in the Office of Student Life. "Additionally, we are excited to keep working to further institutionalize voting as a civic duty among our student body for the foreseeable future."

The University was evaluated based on a campus plan about how UAH registered, educated and turned out student voters in 2020. These efforts included how the campus facilitated voter engagement and a final analysis of the success of these activities while facing the challenges caused by the global pandemic.

Being awarded this designation makes a strong statement about the civic mission of higher education to prepare students to be engaged participants in democracy and UAH’s continuing commitment to engaging students through 2021 and beyond.

The Fair Elections Center is a national, nonpartisan voting rights and legal support organization that works to eliminate barriers to voting and improve election administration across the United States. Fair Elections Center’s Campus Vote Project works with universities, community colleges, faculty, students and election officials to reduce barriers to student voting and helps campuses institutionalize reforms that empower students with the information they need to register and vote.

NASPA is a U.S.-based student affairs organization boasting more than 15,000 members at 1,400 campuses, and 25 countries.