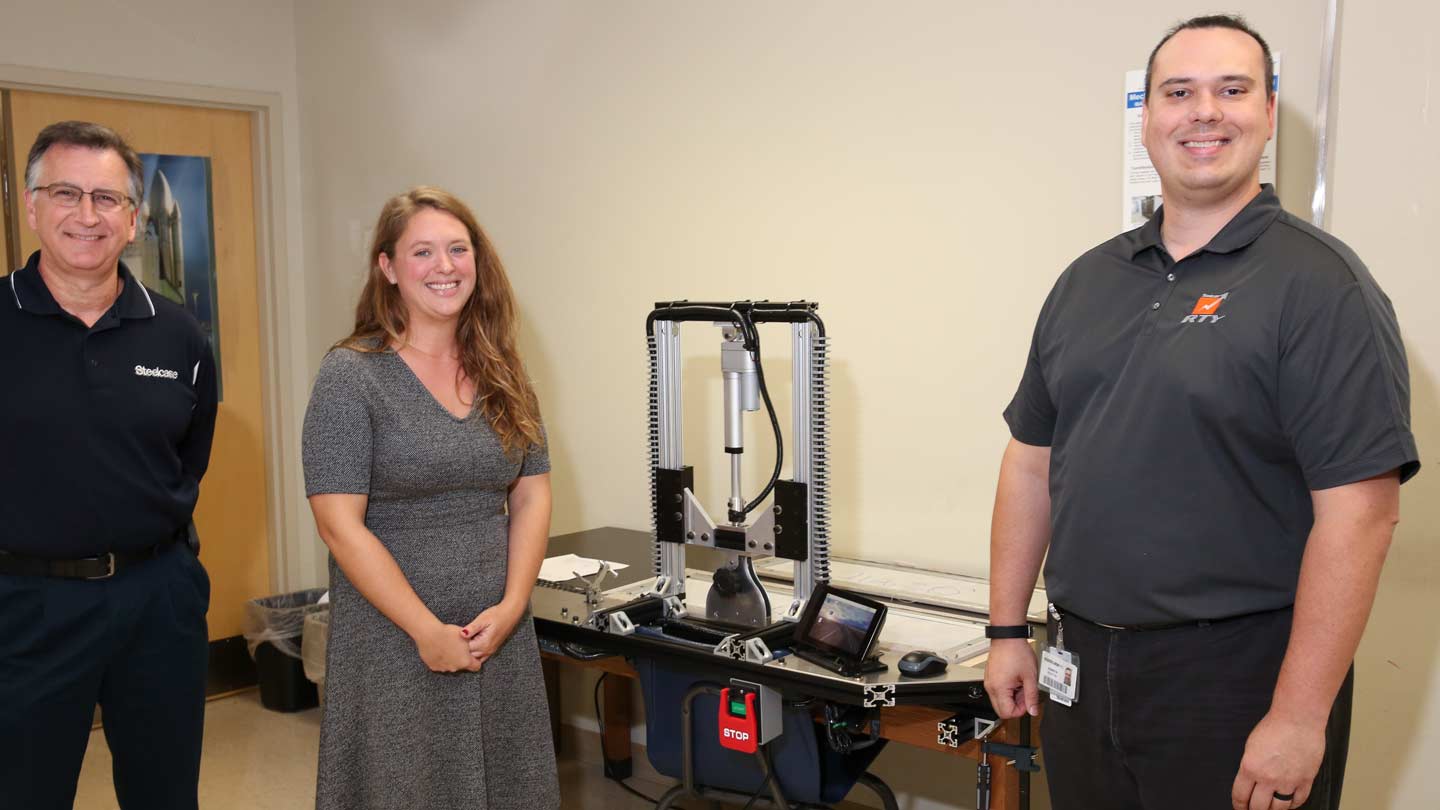 Ken Newton (‘07, MKT, MGMT, COB) was destined for a career in the performing arts.

His hard work in the performance arts earned Newton a scholarship and placement in a prestigious undergraduate program for exceptional students.

A Huntsville, AL, native, Newton was in the first class of students to complete the Huntsville City Schools magnet program, the Academies for Science & Foreign Language. He graduated from Grissom High School with an advanced diploma and was a member of the football and track teams, and he excelled in the school’s theatre program and the Images Dance Ensemble.

Newton earned placement in the Blount Undergraduate Initiative, a selective four-year living and learning community featuring an integrated, interdisciplinary curriculum in Liberal Arts at The University of Alabama (UA).

Then, came a life-changing injury. "I could no longer pursue my career of dancing on stage. I realized I needed to change my major from dance to something else…UAH was a top contender in my mind," said Newton. "I also knew that UAH was a school with excellent value and return on investment with tuition. This made attending the university an easy decision."

There was added incentive, too. Newton’s mother was employed at UAH in the Computer Science Department when he was growing up. "I watched the university grow from a local night school to a modern university. My brother and sister both started their college careers at UAH in the 1990s, and they had good experiences at the school."

With his college decision made, Newton was forced to think about a new field of study. He gave serious thought to other careers he could pursue staying in the performing arts. "The concept of Theatre Management and Production came to mind, and so an undergraduate degree in Marketing Management would be a great fit before I earned my masters."

His famous last words on a new career: "I told everyone, the last thing I wanted to do was work in a factory."

But, as he ventured into the business world he discovered that he enjoyed watching products being made and the fast paced world of manufacturing. "Now I tell everyone, I can’t imagine having a job where I am NOT in a factory."

Newton graduated from UAH in December 2007, with a Bachelor of Science degree in Marketing Management.

For most of his career Newton has worked in quality engineering, making sure manufacturing processes are performed correctly, using the right tools, materials and testing processes.

"UAH and the Marketing/Management Department gave me the skills to be diverse and agile in my business career," said Newton. "When I graduated from UAH, the 2008 recession had just started, so it was incredibly difficult to find a job."

He eventually found work at a local printing company as a project manager. After receiving a complaint from the print shop’s largest customer with a demand for a quality procedures meeting, the president of the company walked into Newton’s office promoted him to quality manager — no wage increase — and tasked him with producing an ISO 9000 quality procedures manual within 48 hours to present at the client meeting.

"That started my quality journey," said Newton. "I went to Barnes & Noble, bought a book on ISO 9000, didn’t understand much of it, but put together some procedures that were good enough to get us through the customer visit. From there, I used this experience to get a job as an ISO coordinator.

"When the opportunity arose, I applied for quality engineering positions," he added. "I was the quality lead for a small manual assembly line. From there, I applied for a quality manager role at a plant in Hartselle where I gained lots of management experience at the entry-level, corporate level and managing large projects remotely and internationally, which is a challenge. Finally, this led me to Steelcase, Inc. in Athens, AL, where I am now in a multi-faceted role as a senior reliability engineer," said Newton.

Headquartered in Grand Rapids, MI, Steelcase Inc., is the largest office furniture manufacturer in the world.

"I use my Lean Six Sigma (LSS) Black Belt skills to teach problem solving using mathematics and science to teams throughout the U.S, and around the world." Newton earned his LSS Black Belt from the Whirlpool OPEX program in 2013.

Newton fondly remembers three UAH professors who made his time at the university very special.

"I recall an assignment in Berkowitz’s class to help an aspiring entrepreneur in Huntsville apply for a business loan, and we had to create a SWOT (strengths, weaknesses, opportunities, threats) analysis tool," said Newton. "It was eye-opening to understand what it took to launch a business. I learned that a business is far more than marketing, management, or finance. You have to be flexible in a constantly changing environment and adapt to the changes in the market conditions. It was then that I learned how fun and dynamic business could be," he added.

But the Professor Newton said he would never forget was Dr. Edward "Ted" Stafford, who taught Management and Statistics and was notorious for being extremely difficult.

"Dr. Stafford was a Vietnam Veteran and regularly bragged about winning hand grenade throwing competitions, and he wrote a paper on using statistics for blackjack and the dice game craps," said Newton. "We were shocked when he died suddenly before the semester ended."

Newton’s advice to young people considering a career in business is golden.

"The worst thing you can do is put yourself in a box. To say that something ‘isn’t your job’ or ‘I didn’t go to school for that’ is writing your own career death sentence," he said.

"In today’s workforce, people are expected to be agile and wear many hats," said Newton. "I remember working at Barnes & Noble during my years at UAH and people with PhDs were working retail side by side with me because they couldn’t get a job in their field. Be creative, find your niche, and take the initiative to learn new things on your own."

Last year, Newton supervised a group of undergraduate mechanical and aerospace engineering students working on a Non-Destructive Delamination Testing System project for Steelcase. "I love to teach and mentor others, so hopefully another senior design project with some UAH students is on the horizon."

When he is not working, Newton spends time with his 10 year-old son and does volunteer work at his church, Monte Sano United Methodist Church. He also volunteers at local service organizations.