UAH Clinic Corner: The dangers of too much sun 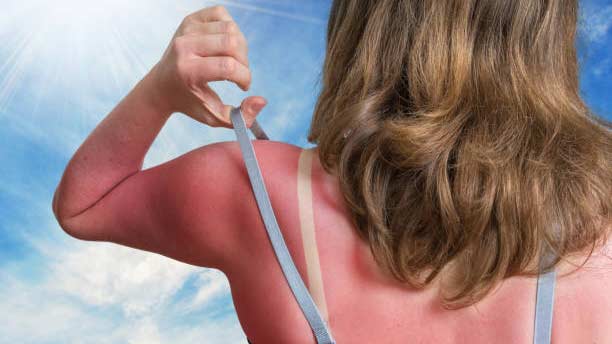 Skin cancer can develop at any time according to Connie Abbott, Nurse Practitioner, at the UAH Faculty-Staff Clinic (FSC).

The two main misconceptions about skin cancer diagnoses are: too much summer sun and the disease is not deadly.

Wrong and wrong, according to Connie Abbott, Nurse Practitioner, at The University of Alabama in Huntsville (UAH) Faculty-Staff Clinic (FSC).

"Skin cancer can develop at any time and it doesn’t occur more during a particular time of year," Abbott said. "It is typically the result of collective effects of sun exposure. And, skin cancer can metastasize or move quickly to other body systems and lead to death."

Although skin cancer is the most common form of the disease in the United States, Abbott warns sunscreen alone is not enough for prevention.

"Proper application of sunblock is extremely important. Other protective items like long-sleeved shirts, wide-brimmed hats, umbrellas, sun visor caps and sunglasses are not utilized like they should be," she said. Abbott noted indoor tanning use has substantially decreased over the years but is still used by some individuals.

Abbott said there are two main forms of skin cancer: Nonmelanoma and Melanoma. "Nonmelanoma skin cancers include basal cell carcinomas and squamous cell carcinomas. Actinic keratosis is a precancerous condition that when untreated can develop into either one of the nonmelanoma forms," she said.

"Nonmelanoma skin cancers are highly curable although squamous cell carcinomas can cause death if not treated. Melanoma is the third most common skin cancer but is much more malignant and can metastasize or move to other body systems and lead to death," Abbott added.

Abbott said a person doubles the risk for developing melanoma if they have had five or more sunburns in their lifetime. "Interestingly enough, most melanomas don’t arise from changes in pre-existing moles but from normal skin. Men and women 49 years old and over are at higher risk for the development of melanoma."

People who are at greater risk for skin cancer include those with fair skin, blue or green eyes or blonde or red hair. Also those who burn easily, have more sensitive skin, or have lots of freckles or moles. Family history of skin cancer also increases risk.

"The best way to decrease sun damage is by wearing a water-resistant sunscreen with at least 15 or higher sun protection factor (SPF) on a daily basis," said Abbott. "Most dermatologists recommend a higher SPF of 30. Avoiding tanning beds is also recommended, and studies have shown that daily use of sunscreen can lower the development of squamous cell carcinoma by 40 percent, and melanoma by half."

Dermatologists recommend broad-spectrum protection against UVA and UVB rays. In addition, UVA rays penetrate more deeply into the skin and play a greater role in premature skin aging and wrinkle formation. There are about 500 more UVA rays in sunlight than UVB rays.

Abbott said advances in skin cancer research include treatment of melanoma, which is the most deadly form of skin cancer. "Surgery remains the mainstay of treatment, however, present research targets therapies that find and attack more specific cancer cells and keep normal cells. And immunotherapy helps the body’s own immune system fight cancer," she added.

More information regarding skin cancer prevention and monitoring is available at: