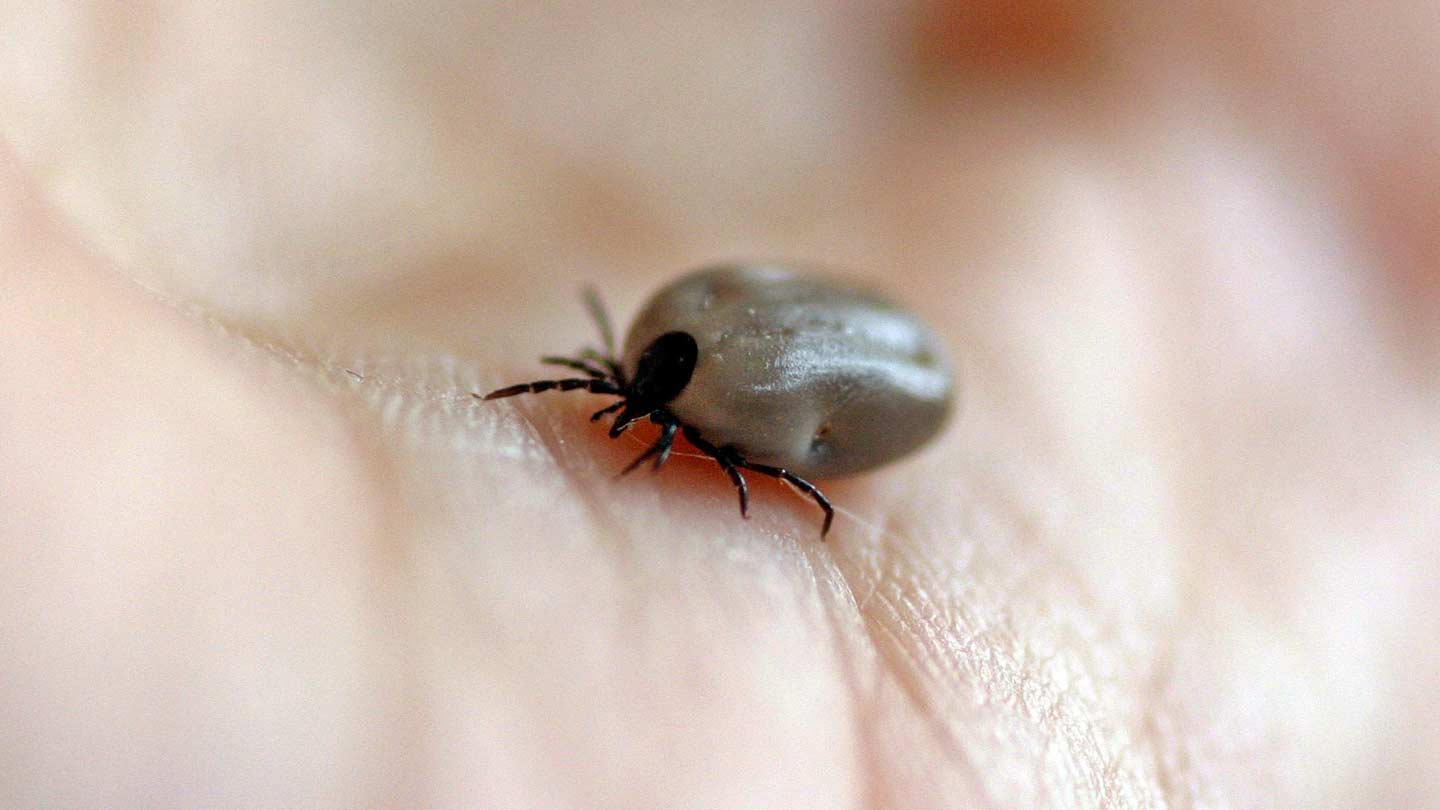 Ticks are usually found in woody, grassy, brush-filled areas, and on animals.

"Flying, crawling, stinging, biting insects are the bane of summer," said Connie Abbott, Nurse Practitioner, at The University of Alabama in Huntsville (UAH) Faculty-Staff Clinic (FSC). "Most bites or stings result in minor reactions that resolve with little intervention. However, for some people a sting or bite can cause Anaphylactic shock, resulting in death."

Abbott said Anaphylaxis, a severe reaction to insect bites and food allergies can cause facial and upper airway swelling leading to difficulty breathing. Symptoms can occur rapidly or over a period of hours. In addition, venom from reptile bites can be life threatening, too.

"Stepping out into the great outdoors means we are intruding upon the territory of its natural residents," said Abbott. "These insects aren’t always the friendliest of hosts as we arrive as uninvited guests into their home."

In some instances, Abbott said, humans are a threat to insects. But, more often they are a welcome tasty meal. "They defend their domain with bites and stings resulting in reactions that are uncomfortable for human invaders." Abbott said the most common insect attacks, are from mosquitoes, flies, ticks, fire ants, wasps or bees and spiders. "The majority of bites or stings result in a reaction where the puncture wound occurred. Sometimes bug bites aren’t felt for up to 24 hours. Some wounds worsen over 72-hours and eventually subside. In most cases, the area becomes red, swollen, itchy and may be warm to the touch or painful," she added.

Over the counter (OTC) topical treatment aids relieve symptoms and or help to decrease reaction. Calamine based preparations help with symptoms whereas topical antihistamines or topical hydrocortisone preparations combat the reaction. These can be in the form of creams, lotions or sprays, according to Abbott.

"The key is to apply creams as directed. This includes rubbing the cream into the area well," she said. "If itching is significant, using oral antihistamines can help. Caution should be used with oral OTC medication because they can cause drowsiness. It is recommended that oral antihistamines be taken before bedtime."

She noted too, that other topical measures such as ice packs, cool compresses, and Aloe Vera gel could also help with itching and discomfort. Abbott advises medical attention to stings and bites if symptoms worsen despite treatment or if other symptoms such as fever, headache, joint pain or a rash develop.

"People who suffer a much more severe reaction to stings and bites should take extra precautions when going outside for prolonged periods," said Abbott. "People who are extra sensitive to bug bites need to carry an emergency Epi-pen (auto-injector), that can be self-administered or administered by another person in the event people get stung. Emergency medical treatment is often required, as these people often need IV medications to combat the reaction."

"The Deer tick found in Alabama and throughout the Eastern U. S. is the carrier for bacteria that causes Lyme disease," said Abbott. "The Gulf Coast tick causes Rickettsia, another form of spotted fever."

Abbott said the key to avoiding tick-borne diseases is avoiding the insect itself. If going on camping trips and picnics use insect repellant containing DEET and Lemon-Oil Eucalyptus to prevent tick bites. "Ticks are usually found in woody, grassy, brush-filled areas, and carried on animals. Treat animals with a tick and flea preventative and check for ticks regularly."

In addition, she said, after spending time hiking, camping or any extended periods outdoors check clothing, gear and yourself for any unwanted passengers that may have decided to hitch a ride. Thoroughly check under arms, in skin folds and especially in hair.

"If a tick is found, remove it by using fine-tipped tweezers and grabbing the tick as close to the skin as possible," Abbott advised. "Then move straight upwards in a steady motion using easy pressure. Never crush a tick to dispose of it. Take the tick and put it in a container and then drown it in alcohol or flush it down the toilet. Do not put alcohol directly on the tick while it’s on your skin as this could make it burrow deeper," she added.

Abbott said all tick-borne diseases usually include fever, headache, fatigue, and muscle pain. "Joint pain is often times a symptom in Lyme disease. A rash is the first symptom that occurs with Lyme disease and RMSF.

"Lyme disease appears as a red, raised rash usually at the site of the bite but can occur elsewhere on the body. It looks like a bulls-eye, being darker in the center and lighter as it spreads out," she explained.

Wearing protective clothing and using insect repellant to cover exposed skin is recommended for preventing mosquito bites. Citronella candles repel mosquitoes and can be strategically placed on porches and patios. "Mosquitoes thrive and breed in areas with standing water so getting rid of any of sources will decrease the population. Emptying wading pools when not in use and changing out birdbaths frequently are also helpful," said Abbott.

Common mosquito-borne illnesses include Zika Virus, West Nile Virus, Chikungunya and Malaria. These are more common in other countries but not the U.S.

Abbott said Chikungunya occurs primarily in Africa, Asia, Europe, and in countries surrounding the Indian and Pacific Oceans. "Malaria is different. Malaria is also spread through mosquitoes but through the transmission of a parasite. In the U.S. almost all cases are diagnosed in people who have traveled to regions where Malaria is common, typically in Africa. Symptoms include fever, chills, headache, body aches, nausea, vomiting, and diarrhea. While Zika, West Nile and Chikungunya usually produce mild symptoms and resolve on their own, Malaria requires treatment with anti-malarial drugs."

The CDC website has a great little reference called "NIOSH Fast Facts: Protecting Yourself against Mosquitoes and Ticks" and can be downloaded at cdc.gov/niosh/docs/2010-119/pdfs/2010-119.pdf.