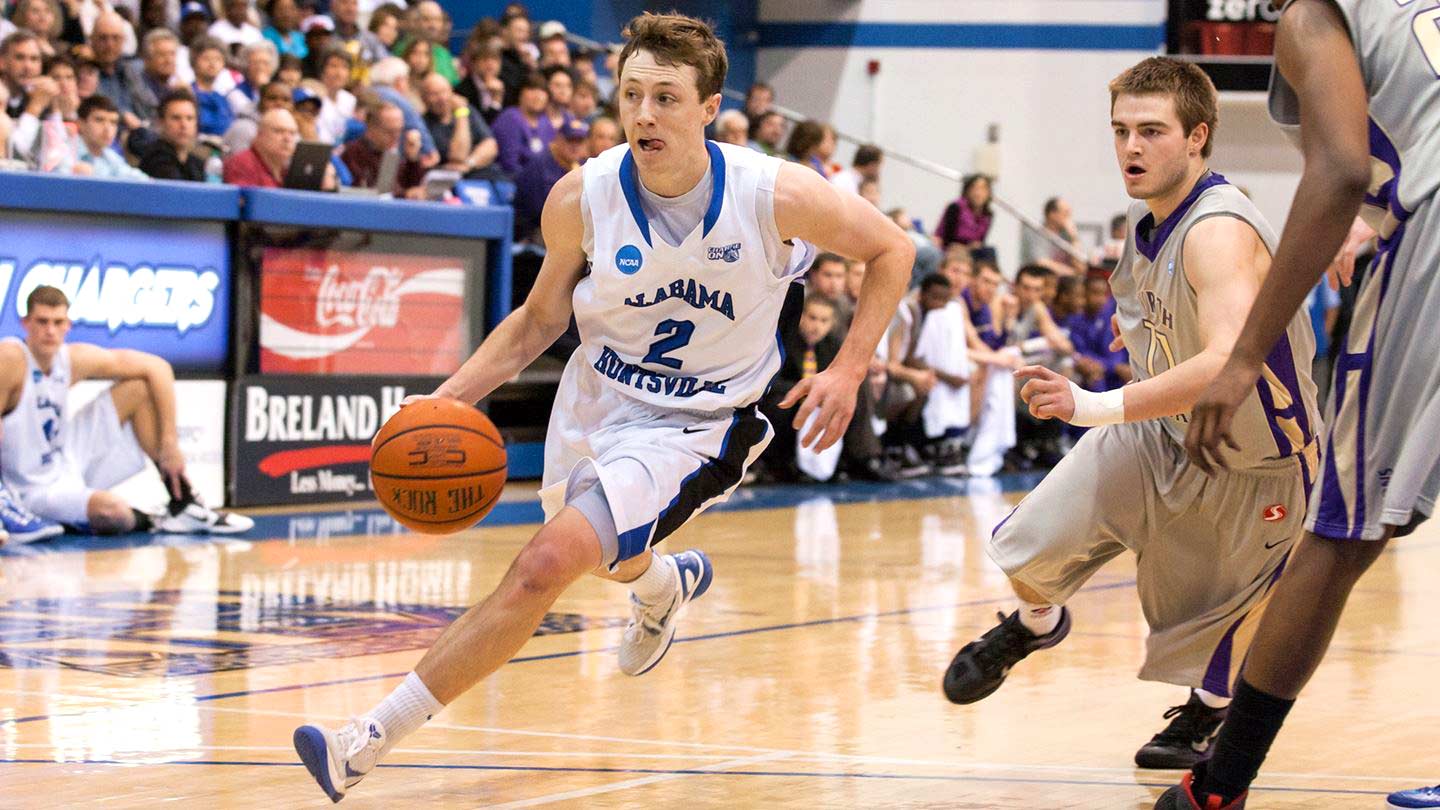 "I've always told myself that I will take my career one year at a time," said Magette. "I've been blessed with good health and my body is still feeling great as of now so I am hoping to continue my career as long as both of those things remain true."

An alumnus of The University of Alabama in Huntsville (UAH), Magette recently signed a one-year, two-way contract with the National Basketball Association (NBA) team, Orlando Magic. Orlando competes in the NBA as a member of the league’s Eastern Conference Southeast Division. The former UAH Charger and two-time all American will split playing time between the NBA G League team, the Lakeland Magic and the professional team in Orlando.

Carrying the name of UAH is special, I know how many great players and people have come through this university and it’s a privilege to carry the name. I hope to continue doing so for a long, long time!

A few months after graduating from UAH, the former UAH Charger star point guard joined the Memphis Grizzlies for the 2012 NBA Summer League. The next year the Los Angeles D-Fenders selected Magette in the NBA Development League Draft. He began his NBA career in October 2017 for the Atlanta Hawks, and joined the Golden State Warriors in June 2018.

At UAH, Magette led the Chargers to three Gulf South Conference Championships, and two Elite Eight appearances. "The best advice I've received throughout my career and what I pass down to younger players is to ‘control what you can control’," said Magette. "In this business, so many outside factors from playing time to referees to contract negotiations that there are a lot of things outside of our control. All I am able to control is how hard I work and how I play and carry myself on the court."

Magette’s degree in Finance has boosted his earnings in more ways than he can count. "It has helped me understand some of the monetary elements of contract negotiations and the taxes side of it all. I actually have a financial advisor who was a teammate of mine at UAH and fellow Finance major, Elliott Jones (’10, COB), who has been a major asset as well."

The Birmingham native said attending UAH was the best decision he ever made. "The size of UAH was big enough to enjoy a great campus life, but it was small enough to feel like you knew everyone and benefitted from smaller class sizes," he said. "Coach Lennie Acuff was like a second father to me and we are still close to this day. I especially enjoyed Dr. John Burnett's (Associate Professor, Finance) classes and always look forward to catching up with him when I am back on campus."

Magette is very close to his former teammates and stays in contact with most of them. Last August, Josh married Christina Kaplan in Long Beach, CA, and six former teammates from UAH were in the wedding. "Coach Acuff would always tell us these friendships would last a lifetime and it couldn't be truer."

The Magettes recently purchased a house in the Rocket City, and are happy to call Huntsville their home.

"Now that we have moved back to Huntsville, I am on campus all the time," Magette said. "It has been great to be back in Spragins Hall and work out with the current UAH basketball players. I have enjoyed being able to share my experiences from my career with them and answer questions that they may have on or off the court.

"Carrying the name of UAH is special," said Magette. "I know how many great players and people have come through this university and it’s a privilege to carry the name. I hope to continue doing so for a long, long time!"