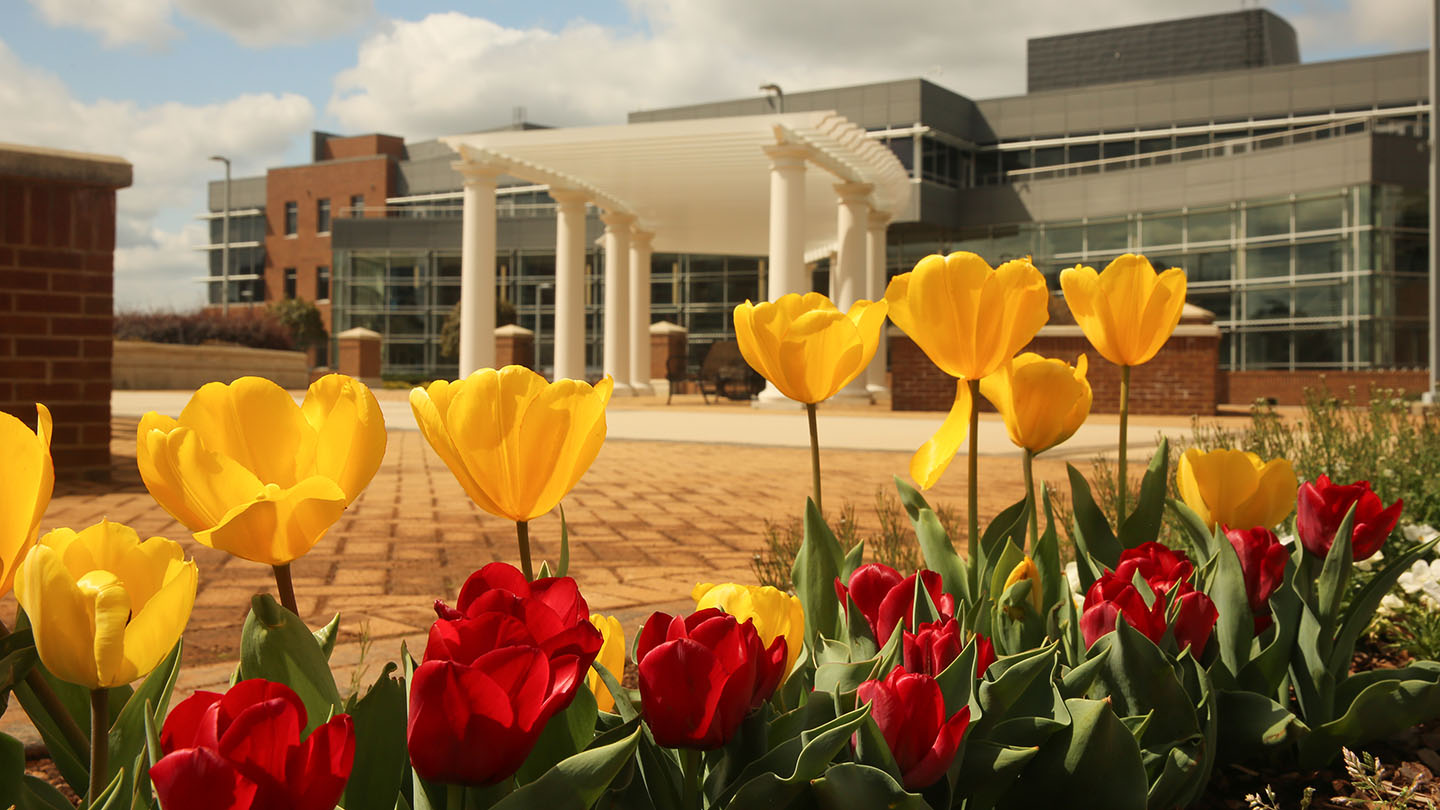 On October 5, 1975, at the age of 28, JoAnn Sloan was driving her Volkswagen Beetle on Memorial Parkway in Huntsville when a drunk driver sped through a red light. The resulting accident killed her almost immediately. JoAnn’s family, including her father, sister and brother, established a memorial scholarship at The University of Alabama in Huntsville (UAH), a part of The University of Alabama System, where JoAnn was employed. In the more than 40 years since its inception, the JoAnn Sloan Memorial Scholarship has helped countless UAH students achieve their dreams of becoming a nurse.

JoAnn was the oldest of three siblings, and sister Janice (Sloan) Jensen and brother Joseph Sloan, Jr. both remember JoAnn as a smart, compassionate and gregarious person. “She was kind, and she was always happy,” Mr. Sloan recalls. Ms. Jensen adds, “She had a sharp wit, and she was very outgoing. If we went out, she knew everybody.” The three siblings were very close, something Ms. Jensen and Mr. Sloan recognize as special. “People were always so surprised, but we got along extremely well,” Mr. Sloan says. Ms. Jensen, who shared an apartment with JoAnn at the time of her death, shares, “She meant the world to me, and I looked up to her.”

At the time of the accident, JoAnn was working for what was then UAH’s School of Nursing, and although she had a business degree from Jacksonville State University, she dreamed of one day becoming a nurse. “She was a candy striper when she was younger and always wanted to be a nurse,“ says sister Ms. Janice (Sloan) Jensen. “Even at 28 she thought she still might go into nursing. She considered doing it via the military.”

Ms. Jensen remembers JoAnn’s passion for nursing and her excitement about the school’s growth. Just the previous year, the School of Nursing baccalaureate program had been granted initial accreditation by the National League for Nursing, and JoAnn praised the school’s adoption of a more hands-on approach.

The car accident that caused JoAnn’s death created unexpected outcomes. The ensuing investigation resulted in an indictment of first-degree murder for the driver of the other car. The driver was the first person to be charged and the second to come to trial in Madison County under a newer, tougher policy on drunk drivers involved in fatal accidents, a policy put forth by then District Attorney Fred Simpson. Simpson’s pledge to prosecute every drunk driver involved in a fatal wreck influenced other district attorneys to take a harder approach to drunk driving accidents. “The driver was so flippant about it,” Mr. Sloan remembers of the resulting trial. “He wasn’t remorseful. It was such an egregious case they went for a murder conviction.” The driver was convicted of first-degree manslaughter, but his 10-year sentence exceeded any sentence given for previous drunk driving fatality cases.

Coupled with the 1976 drunk driving death of 15-year-old Mark B. Pizitz, of the Alabama-based Pizitz department store family, JoAnn’s accident furthered District Attorney Simpson’s cause, but it also had another effect. Ms. Jensen and Mr. Sloan say these two events, especially the high-profile Pizitz accident, became the kernel that grew the idea for the Madison County chapter of Mothers Against Drunk Driving (MADD), an organization that aims to end drunk driving and support the victims of drunk driving.

JoAnn’s family wanted to find their own way to make a positive change as the result of her death. Within a year of the accident, JoAnn’s family established the JoAnn Sloan Memorial Scholarship as a way to remember JoAnn and honor her passion for nursing. “Dad set up the scholarship,” Ms. Jensen recollects. “He wanted something that was perpetual and would grow over the years. It being perpetual keeps her [JoAnn’s] name alive.” Mr. Sloan adds their father didn’t want the scholarship to be “just for the A+ students,” but also for the students who worked hard and were serious about being nurses. Mr. Sloan and Ms. Jensen say their father’s conviction to give influenced their own philanthropic principles. “Dad grew up dirt poor,” Mr. Sloan asserts. “But he was always the type to give. He was generous with what he had.”

The scholarship began simply, but it has grown over the years as the family continues to contribute. Mrs. Beth Sloan, Mr. Sloan’s wife, notes that as a family they all eventually agreed to not exchange gifts at the holidays and instead gave monthly contributions to the scholarship fund. Recently, Mr. and Mrs. Sloan decided to add a legacy gift to further grow the scholarship and to support UAH in perpetuity. “We wanted to continue supporting the scholarship,” Mrs. Sloan says, and Mr. Sloan elaborates: “We included the scholarship in the trust. When you do that, you feel like a part of you is still giving. What we do carries on.”

That ongoing gift helps UAH nursing students pay for the expenses of school and focus on their education. Mrs. Sloan says the thank you letters they receive from scholarship recipients are deeply touching. “We get notes from the students, and they’re beautiful, heartfelt notes that reinforce what we’re doing.”

“Sometimes you wonder if what you’re giving is enough,” Mr. Sloan acknowledges. “But for some of these kids, it makes a big difference. The fact that it’s helping is important, and that the kids who really need it can get it.”