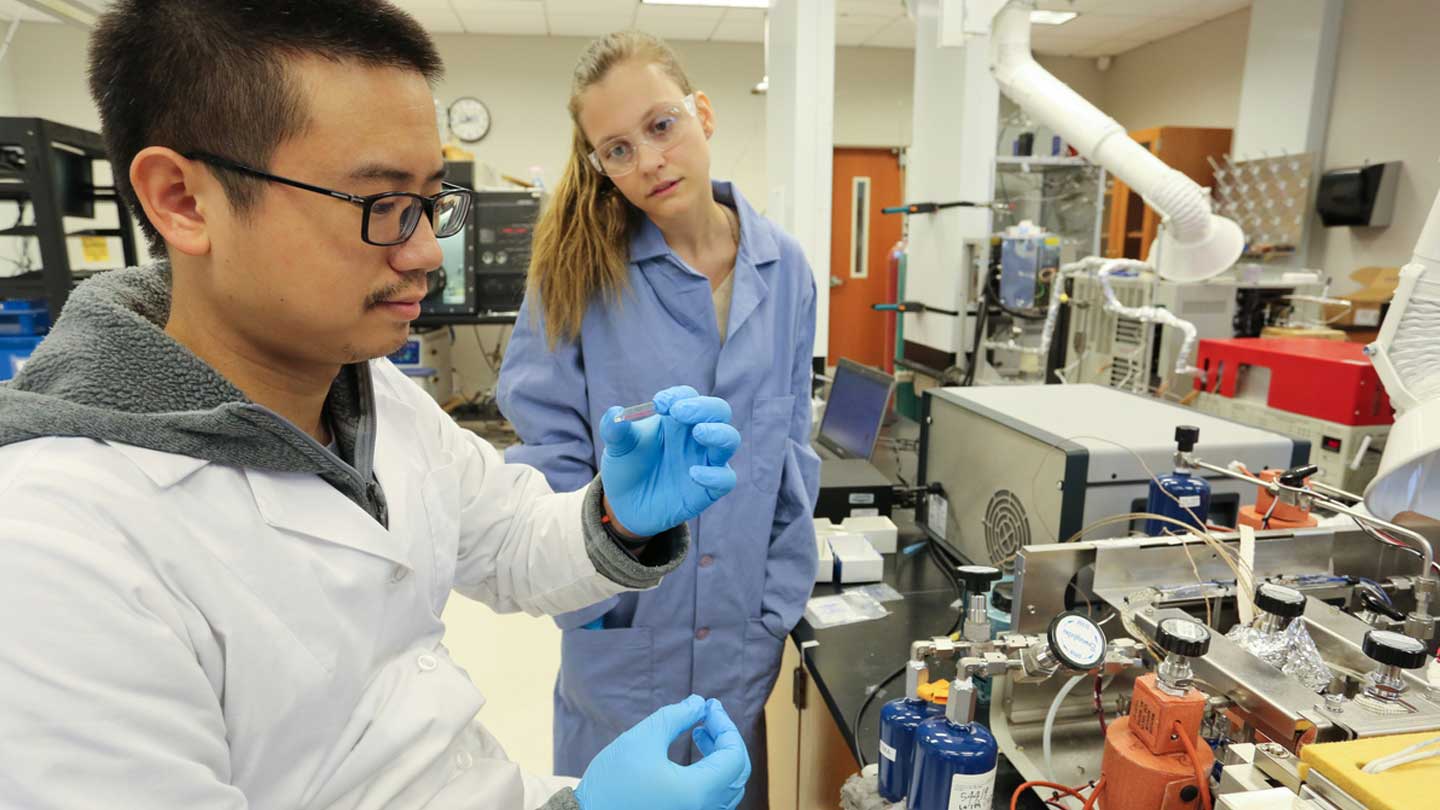 Research activities at The University of Alabama in Huntsville (UAH) continue to rank among the top federally funded programs in the United States, according to the latest information available from the National Science Foundation (NSF).

The annual NSF Higher Education Research and Development (HERD) Survey ranked six UAH programs in the top 20 nationally, up one from last year. UAH, a part of the University of Alabama System, ranks 13th nationwide in overall NASA research expenditures and 26th in overall Department of Defense research expenditures for fiscal year 2019, the latest data available.

"UAH strives to continuously improve in areas that provide support to the federal agencies on Redstone Arsenal and the corporate presence in Cummings Research Park," says Dr. Bob Lindquist, vice president for Research and Economic Development.

"The success in ranking is possible through the valuable partnerships that have existed for decades in the Huntsville community, and UAH is proud of its researchers who strive to provide effective and innovative outcomes to the technological challenges that exist in the world today."

The HERD Survey ranks UAH as: