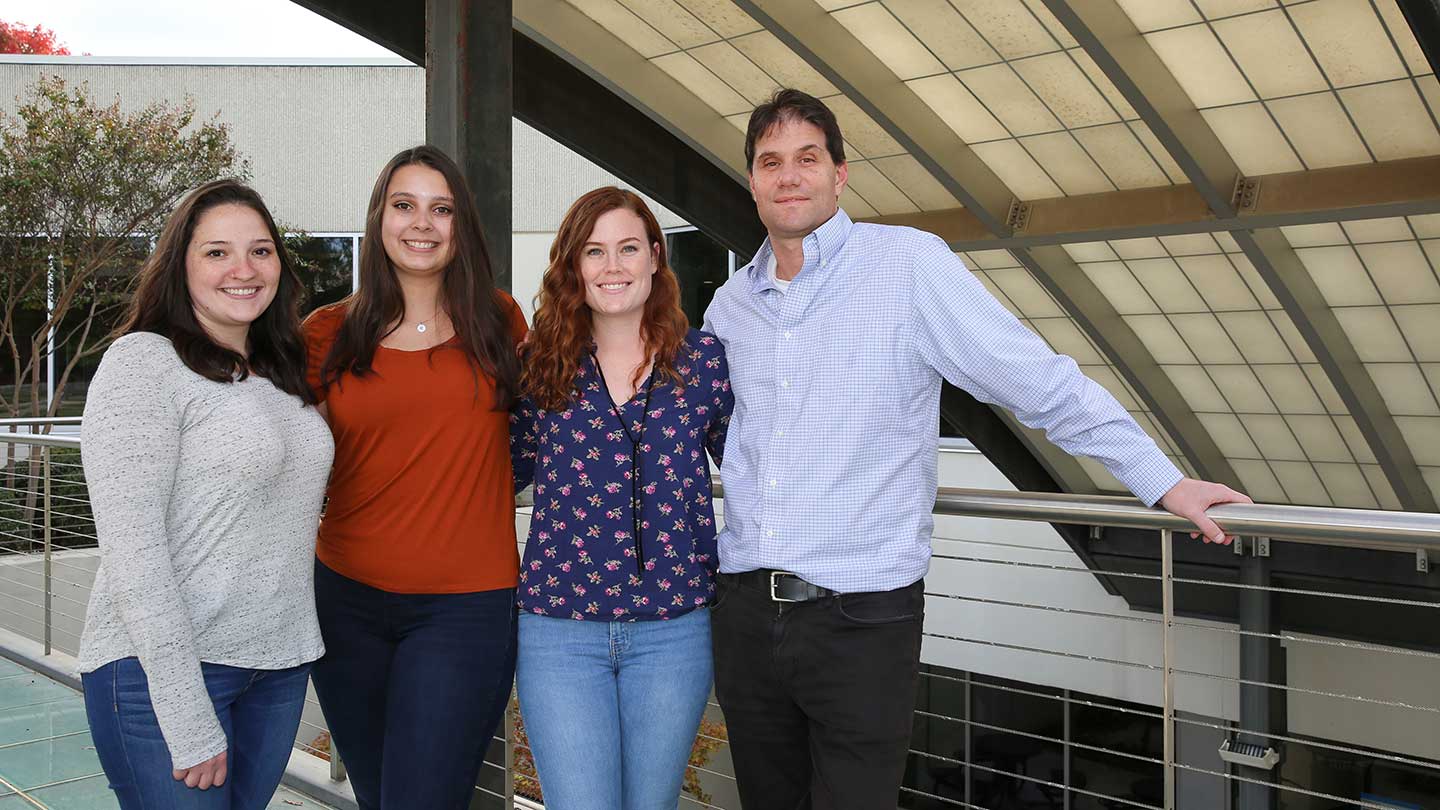 Jailhouse informant testimony in a legal trial seems to exist at the intersection of two old TV shows, "Law and Order" and "Let’s Make a Deal." There’s almost always a reward for it, and you’d think that should mitigate against accepting its truthfulness.

So, why does psychological research show a jury bias toward believing snitches?

The history of jailhouse informant testimony and how it relates to the administration of justice are the subjects of a chapter written by two graduate students in psychology at The University of Alabama in Huntsville (UAH) for a forthcoming book.

Based on research they did along with graduate student Lexi Mecikalski, Baylee Jenkins and Alexis Le Grand co-authored a chapter in "Advances in Psychology and Law" by Dr. Stacy Wetmore, a tenure-track professor at Roanoke College in Salem, Va., who earned her bachelor’s and master’s degrees at UAH. The book is expected to be published in 2020.

That work is part of the trio’s broader research examining a fundamental question: How do juries weigh jailhouse informant testimony when deciding guilt or innocence?

Their insights have proven valuable to defense attorneys, says Dr. Jeffrey Neuschatz, their advisor and a distinguished professor of psychology.

"Not only do they do the research, but they are applying it to inform the legal system," Dr. Neuschatz says, "They actually consult in criminal trials that are going on now."

They’ve consulted on trials and retrials, some with histories going back as far as 1974.

In those consultations, they examine past inconsistencies in informant testimony and check whether statements made by an informant align with case facts. They also examine the discovery process, checking to see if the informant could have had access to news coverage or phone calls that would have provided relevant information that could be used to manufacture testimony.

For the book, the students explored how the law applies to jailhouse informant testimony.

"We discuss reforms that have been suggested in recent years from different organizations, such as The Justice Project, as well as what some states have changed in their laws," says Jenkins.

In their research, actual trial transcripts are presented to mock juries of test subjects. The researchers manipulate aspects of the trial and measure the impact on the jurors.

When it comes to jailhouse snitches, they’ve found that jurors generally have a bias toward believing them and are more inclined to accept the lawful explanation offered by the informant at trial. Their research says that jurors tend to discount the fact that the informant is in jail, is breaking the code of the prison by snitching and is receiving payment in the form of time off their sentence or extra privileges.

"People think that they’re coming forward to testify because they feel bad for the family, or any other moral reason," Le Grand says.

It is extraordinary that jurors have these beliefs because jailhouse informants by definition are in jail for breaking the law, she says.

According to their research, many informants have testified for the prosecution in several trials and have long criminal records.

Dr. Neuschatz and his students are exploring prosecutorial vouching as an explanation for why jurors believe jailhouse informants.

Prosecutorial vouching is the idea that jurors have faith in the justice system and believe that a prosecutor would only call a witness to trial if he or she had already confirmed that the testimony was truthful. That belief could add credibility and believability to prosecution witnesses, and most jailhouse informants testify for the prosecution.

"We know from research that people come in with a bias to believe the prosecution, so they accept that narrative and this influences their interpretation of the evidence," Dr. Neuschatz says.

As a legal matter, juries are often informed about the details of any deal offered to a jailhouse informant. It would seem that jurors would be suspicious of how offers of leniency in exchange for testimony might influence its truth.

So, why does research show that jurors still tend to believe informants?

"That’s the million-dollar question and we’re still trying to figure that out," says Le Grand.

"It could be that, as a juror, you might want to believe in the fairness of the criminal justice system that we have, and you think that the prosecutor won’t put someone up there on the witness stand who isn’t legitimate," says Jenkins. "We’re doing a study on how far can you push the credibility of the jailhouse informant before mock juries stop believing them."

That study is based on Darryl Moore, a career jailhouse informant from Chicago whose mother testified for the defense at one trial that she wouldn’t believe anything he said. At what point will a jury think that the informant is lying?

For her thesis, Le Grand is investigating how a jailhouse informant’s previous history of testimony may impact jury decision making.

"How many times can an informant have testified before the jury starts to take that into consideration?" Le Grand asks.

She’s probing how disclosure of an informant’s past history might influence a jury. Does telling a jury that an informant has testified in other trials have an impact?

"I want to find out how the jury evaluates that information in making its decision," she says.

Mecikalski’s thesis explores the reward side of the informant equation. Does a larger reward for jailhouse snitch testimony affect the ultimate verdict?

"My thesis looks at the incentive size and immediate release of the informant from jail, and how that effects the general outcome of the trial," she says.

Meanwhile, Jenkins is researching whether informant testimony about a confession can impact how a jury perceives other evidence offered at trial.

"It involves whether considering an informant as a reliable source then makes the evidence more credible and acceptable to a jury, or how it taints other evidence that contradicts that," she says.

The research is being done in collaboration with Dr. Jonathon Golding, a professor of developmental, social and health psychology at the University of Kentucky, who stages the mock jury trials and then has the jurors debate the trial and how they assess the primacy of jailhouse informant testimony.