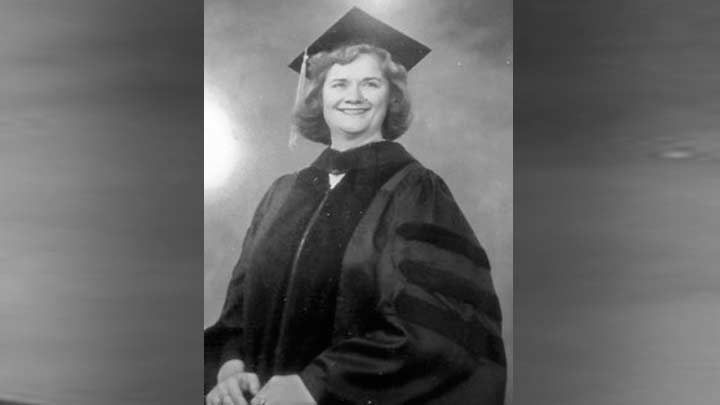 She was the first woman awarded a doctoral degree from The University of Alabama in Huntsville (UAH) in 1979. At the time, Kobler was one of only three women to graduate from an Alabama university with this advanced degree. Equally notable, she earned a Master’s degree in Administrative Science from the UAH College of Business in 1976.

The university will make history again on Thursday, May 2, when more women than men will graduate from UAH with doctoral degrees. Huntsville Mayor Tommy Battle and Chairman of the Madison County Commission Dale Strong are the keynote speakers for the UAH spring commencement ceremonies.

Years later, UAH alumna Virginia Kobler would be the first female engineer in the U. S. Army Strategic Defense Command and the first to manage programs in advanced computing hardware and battle management algorithms. Kobler managed a group of engineers who developed the algorithms for BM/C3 for Strategic Defense.

"My last position was as Division Chief of the Ground Based Radar Prototype which was built at Kwajalein, Marshall Islands, one of the largest of its kind and was used in a number of missile tests in the Pacific," she added.

Looking back, Kobler said she did not fully assess all the challenges she would face establishing a career in a male-dominated field. "I didn’t because Wonder Woman never had a problem."

Kobler’s obsession with Wonder Woman began in elementary school, where she showed an affinity for logic puzzles and made her "best" grades in algebra. "I read Wonder Woman comics and was impressed when boys would ask, ‘what should we do now, Wonder Woman?’ They were looking to Wonder Woman for answers," said Kobler.

Her parents realized early on their daughter was academically gifted. She excelled in science and algebra courses, at a time when most girls were urged to take cooking and sewing classes.

"My parents were supportive and encouraging. From a young age they recognized my independence and let me pursue my ambitions," Kobler said. "I remember hearing my father tell my mother that I would not stop until I reached my goal."

Interestingly enough, her father’s main concern was there were no dedicated women’s restrooms in most laboratories and manufacturing plants at that time.

She graduated from Coffee High School in Florence, AL, finishing third in a class of 200 students. "I let boys and dating interfere with studying. However, I achieved the highest scores in school on all the tests we took."

Kobler won several essay and speech competitions and contests. She also served as editor of the school newspaper, The Stimulator, and was voted 'Most Likely to Succeed.' "I think the class recognized my stubborn drive."

Scholastic tests —ACT or SAT wasn’t a concern for Kobler because they didn’t exist. "After taking academic tests and achieving high scores my teachers would talk to me privately urging me to continue my education after high school," she said. 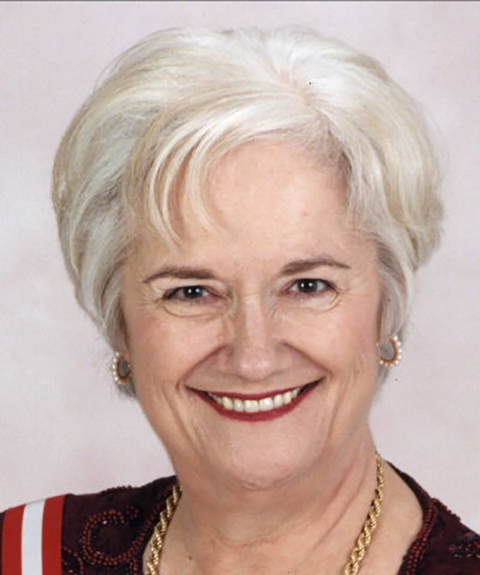 Two dedicated teachers, Mrs. McDonald in history and Mrs. Ford in chemistry, served as mentors and guidance counselors for Kobler. "Mrs. Ford also worked in a lab at TVA in Muscle Shoals. I was very impressed with a female who could work in a male environment. She encouraged me to pursue chemistry as a major. So, I read Marie Curie’s biography and she became my heroine. And, I read all the George Gamow books about the theory of relativity I could find in my local library."

Before graduating from high school, McDonald obtained an academic scholarship in chemistry for Kobler at The University of Alabama (UA, Tuscaloosa). During her second year at UA, she worked as a lab instructor to help with living expenses.

At the end of her sophomore year at UA Kobler married. "My husband was from Huntsville. After his service time, we came back to Huntsville and I got a job as a technician at Thiokol in 1959 when the rocket motors were being developed."

The company hired Kobler because of one statement she made on her résumé. "I stated that I had two years of scientific German during my first two years at Tuscaloosa. They put me in a room with a German scientific dictionary and brought German scientific articles on rocket motors and fuels for me to translate. I spent eight hours a day translating German chemical literature," she said. "I think they were desperate to find out what the Germans had learned back during the War. NASA had not been formed at that time and no Germans were available to do the job. I had a fast education in rocket fuels," Kobler added.

"I started taking classes at The University of Alabama Extension Center in Morton Hall. Since there were no labs available, I could only get physics courses so I switched my major from chemistry to physics," she said.

As she neared graduation in the early 60s, Kobler was forced to leave her husband and home in Huntsville and move to Tuscaloosa. Because of the UA policy on graduating seniors at the time, Kobler had to live on the UA campus during the third trimester of pregnancy in a communal dorm, with little to no privacy.

"At the Huntsville Extension Center, I had some of the best teachers I could have had anywhere — Dr. Frances Roberts for history and Dr. Eleanor Hutchens for English Literature," said Kobler. "Without the support of Dr. Roberts and Phillip Mason, I would not have been able to receive my degree from UA when I did in 1964."

Kobler stayed home with her two children until 1967 when she returned to work.

At Roberts’ recommendation, the university hired Kobler to catalog the first shipments of books to set up a library at UAH. "The Army and NASA purchased all the classical scientific and engineering texts available and had them shipped through the Army/NASA library, Redstone Scientific Information Center (RSIC). I spent the summer at RSIC cataloging the first books for inclusion in the UAH Library," said Kobler.

After working in the library, she became restless for something more challenging. "I worked for a time in the Army Simulation facility which had just been constructed in Building 5400 as part of the Army Missile Laboratory. Missile simulation was just being used more in the development of systems."

Reflecting on her time at UAH, Kobler said there were many young professionals in her academic study group. "We ate dinner out of vending machines in the basement of Morton Hall. Our group’s nickname for the Morton Hall basement was the student center."

Dr. Richard Wyskida served as an advisor for Kobler’s doctoral dissertation. The Army Missile Command funded her research project. "We developed a method for modeling cushioning for use in transporting sensitive equipment in extreme temperatures. We dropped 3,000 crates at different temperatures and from various heights to accumulate the data required to do the modeling. The models, which we developed, are still in use today for packaging of sensitive items," Kobler said. Wyskida served in many capacities at UAH including Professor, Dean, and Associate Dean of Engineering, and Department Chairperson of the Industrial and Systems Engineering Department.

Kobler said being recognized as a pioneer for women in the Science, Technology, Engineering and Mathematics (STEM) fields would not be possible without the support of her husband, Dr. Julian Kobler, and family and mentors such as Dr. Francis Roberts and Dr. Richard Wyskida.

"I think it is wonderful to see more young women going into engineering and sciences," said Kobler. "You go, girls!"

Among her pearls of wisdom for young women contemplating careers in engineering and sciences is to stay positive. "If I had listened to the naysayers, I would have given up. Keep looking for professional advantages. Never let an opportunity out of your grasp."

Enjoying her well-deserved retirement, Kobler has served as a volunteer with Crisis Services and Huntsville Hospital. She is active in lineage societies and does volunteer work at the Church of the Nativity where she is a member.

***EDITOR’S NOTE (1): Phillip Mason served as Director of the University of Alabama Extension Center from September 1953 until Ben Graves appointment as the first president of UAH in 1969.