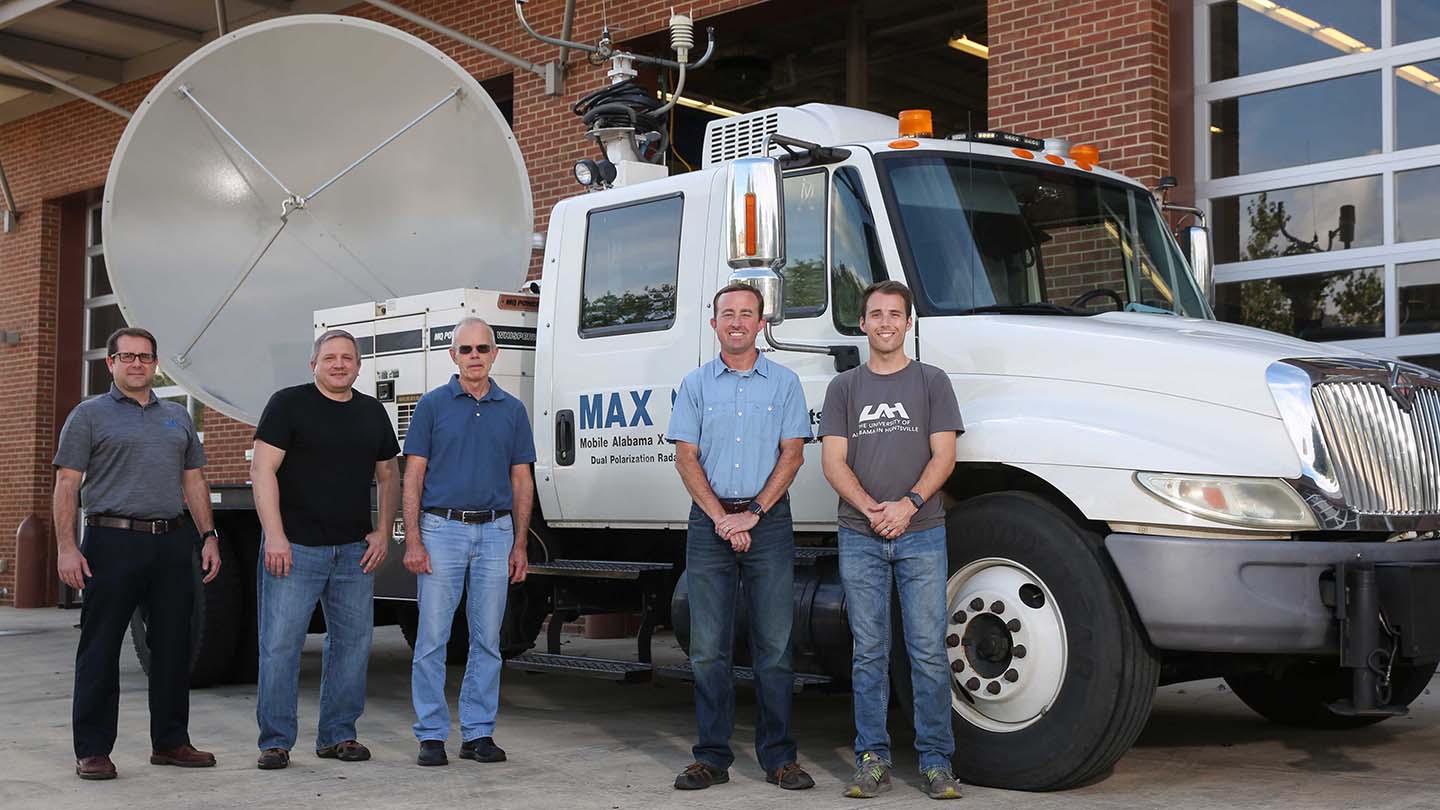 For the third week in a row, an atmospheric sciences team at The University of Alabama in Huntsville (UAH) was at the Severe Weather Institute Radar and Lightning Laboratory (SWIRLL) on Monday, getting ready to travel to Montgomery for possible Tuesday storms.

Composed of Dr. Kevin Knupp, a professor of atmospheric science, research associate Preston Pangle and nine undergraduate and graduate students, the team was prepping to roll for data acquisition under the Propagation, Evolution and Rotation in Linear Storms (PERiLS) program. The research is supported by the National Oceanic and Atmospheric Administration and the National Science Foundation. This year’s PERiLS spring campaign ends on April 30.

You might say the UAH team is attracted to potential severe weather like The Weather Channel’s Jim Cantore. When the fleet of up to eight trucks bristling with radar, sensing and data acquisition equipment arrived at Columbus, Miss., for the first two PERiLS deployments from UAH, a part of the University of Alabama System, it occasionally got the same reaction Cantore does, too.

This time, six UAH trucks are rolling toward Montgomery to be set up and ready to go on Tuesday and into Wednesday.

“They’re under an enhanced risk for severe weather in that area,” says Dr. Knupp. “When that happens, we roll out as quickly as possible.”

The 11-member UAH team and other involved universities will be on the hunt for anything Mother Nature tosses their way, but they are particularly looking for tornadoes.

“The primary target is tornadoes produced by squall-line systems,” says Dr. Knupp. “The area south of Huntsville will be under enhanced risk of supercell storms tomorrow.”

That enhanced risk area starts around Birmingham and extends farther south across Alabama, he says.

“This is a pretty big project involving up to 75 people in the field,” Dr. Knupp says.

The Huntsville region is at slight risk of severe weather Tuesday, he adds. That’s why it was a busy scene at SWIRLL as the team readied to drive to the hot spot.

“We’re basically emptying the garage entirely,” Dr. Knupp says. “There’s one unit down for repairs, but we’ll bring everything else we have.”