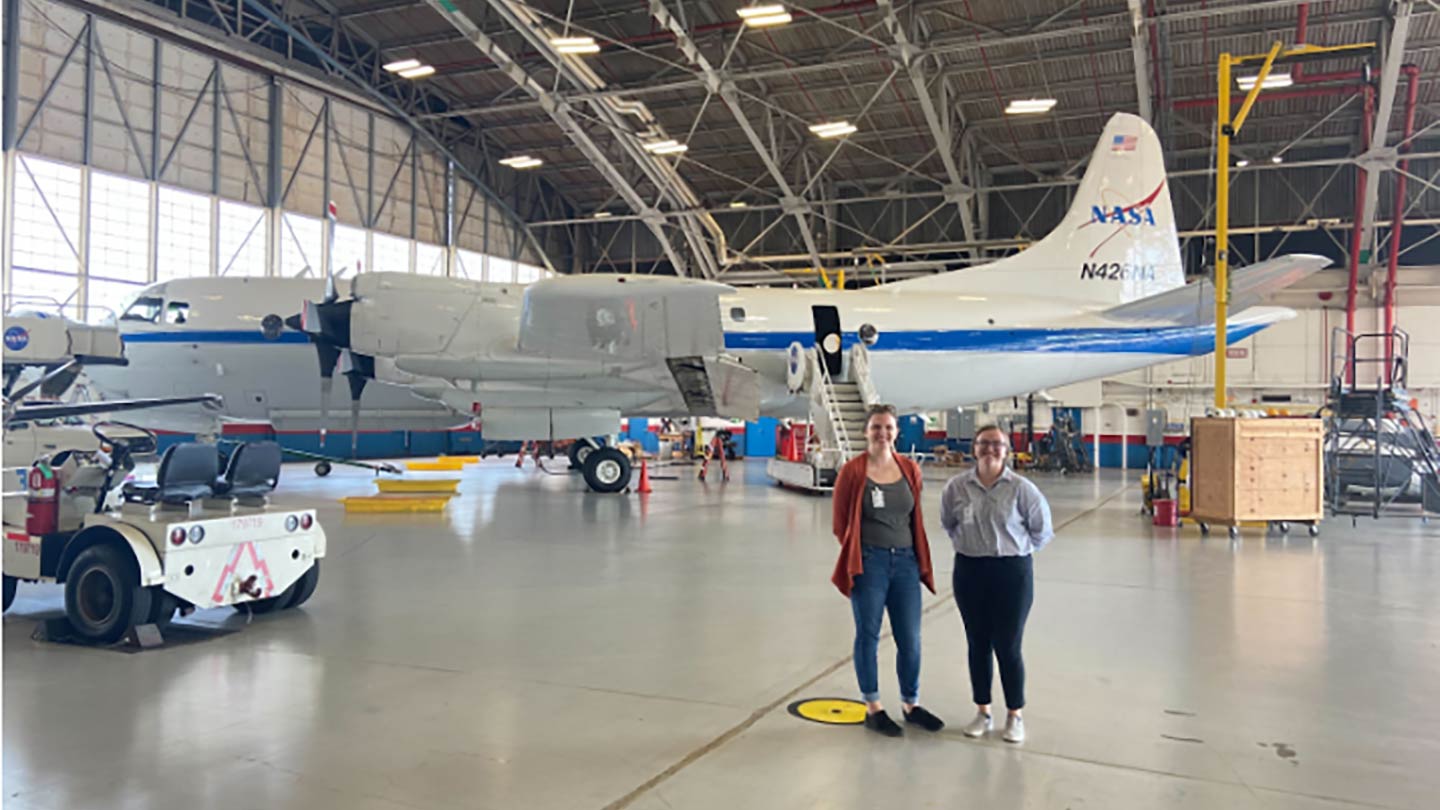 Historic records dating back to the 1990s of NASA’s P-3 aircraft flights over the Arctic and Antarctic circles were recently found and digitized by two employees of the University of Alabama in Huntsville’s (UAH) Earth System Science Center (ESSC) in cooperation with NASA Interagency Implementation and Advanced Concepts Team (IMPACT) program.

Digitizing this information now provides researchers access to examine the progression of NASA’s research and the variety of instruments flown from NASA’s P-3’s first campaign to its current day activities.

Originally, the majority of NASA’s P-3’s campaign and flight details during the 1990s and early 2000s were recorded on paper and stored at Wallops Flight Facility. This made it difficult for researchers to access the information.

Bagwell and Shirey recently traveled to Wallops Flight Facility in Virginia, scouring filing cabinets and numerous binders filled with documentation of past P-3 flights. Information collected included P-3 instrument payload, flight details such as location and duration, scientific objectives and flight personnel. They also scanned floor plans of the P-3 for each campaign, to ensure instrument placement and connection information is retained.

Once all information was collected, Bagwell and Shirey digitized records into easily accessible computer readable files. Their work helps preserve this historical documentation, particularly for NASA P-3 campaigns prior to 2007.

“I was impressed by the variety of the instruments that can be operated on board the P-3 and other aircraft. So many measurements can be taken during a single flight, which is why flight campaigns are so valuable to the Earth science research efforts,” says Bagwell.

NASA’s P-3 flights have been a crucial asset to the agency’s Earth science research efforts since it was acquired in the early 1990s. Since the beginning, the P-3 has flown in many Arctic and Antarctic campaigns outfitted with many instruments for collecting data for areas of study including meteorology, hydrology, oceanography, and cryospheric research. Moreover, the P-3 was also used to test new airborne and satellite instrumentation.