Most retirement investors should stay the course in market swings, UAH professor says 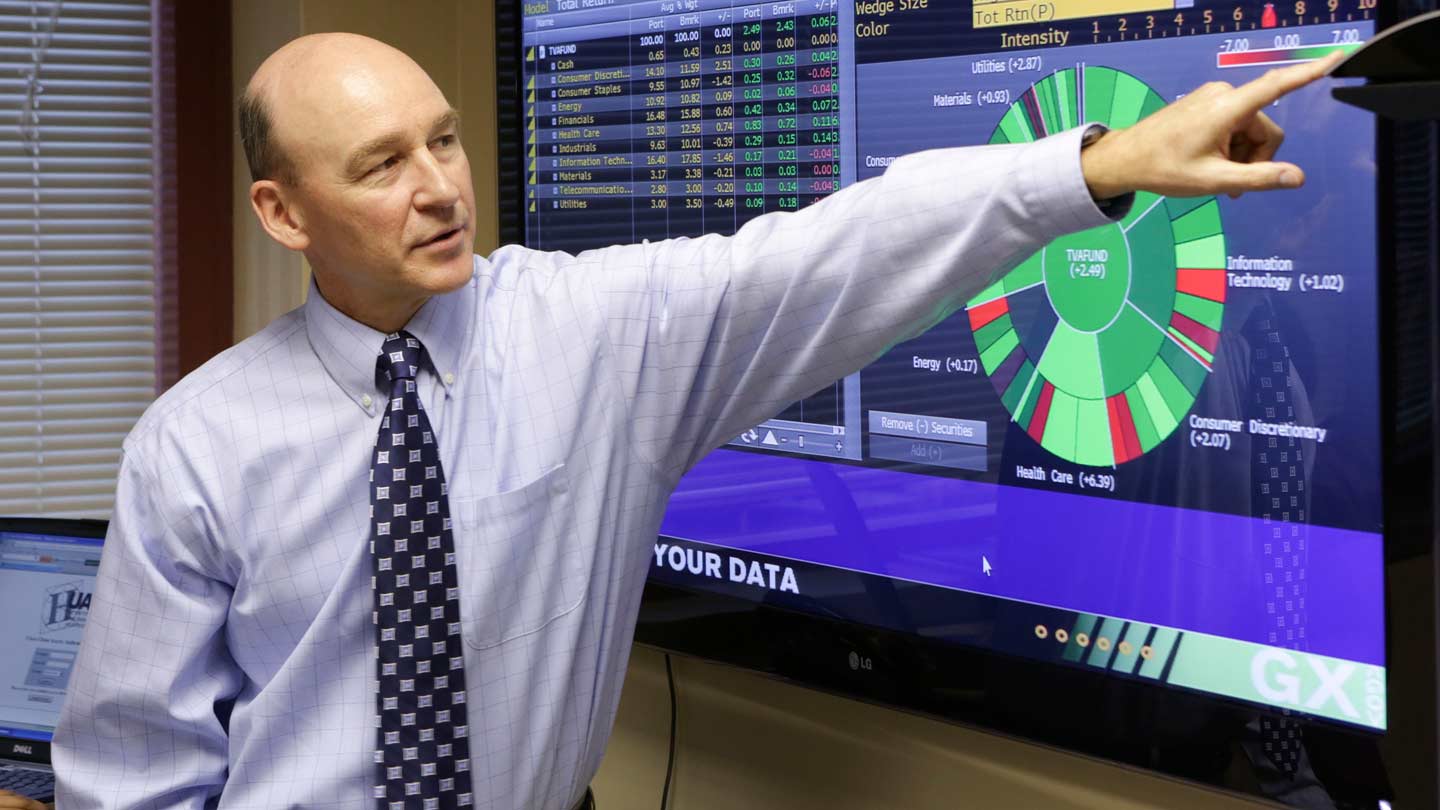 Saving and investing at a comfortable risk level and staying in the market over time is a proven wealth builder, says Dr. John Burnett.

The roughly 20 percent surge in stocks since they cratered in March due to COVID economic closures has been called the rally that everyone loves to hate, as equities have climbed a wall of worry that the market could crash again.

Stock gains are coming against a backdrop in which the U.S. Department of Commerce reported on July 30 that the economy saw a 32.9% drop in activity in the second quarter – the largest such decline in history.

In this volatile environment, retirement-minded investors who are funding a 401(k), IRA or similar investment vehicle should check their allocations to make sure they are comfortable with them, says Dr. John Burnett, an associate professor in the Finance Department of the College of Business at The University of Alabama in Huntsville (UAH). Then most investors should stay the course.

When markets move, retirement investors should rely on the investment goals they set when they began investing, he says.

“If you’re already in the market and you’ve got an allocation you are comfortable with, stay with it,” says Dr. Burnett. “The key is doing that with a level of risk that you’re comfortable with. If you can’t go to sleep at night – day in and day out – because you’re so worried about it, then you’ve got to make a change.”

Staying in at a comfortable risk level holds especially true for younger investors, who have the benefit of a longer time horizon in the market.

“If you have a long-term horizon because you’re a young investor or maybe you are even halfway to retirement, just hang in there with it,” he says.

It’s normal for investors to review their allocations in volatile periods like now, but Dr. Burnett advocates also reminding yourself of why you set the allocation where it is in the first place. Retirement investors who try to time the market may find themselves on the flip side of things – buying high and selling low.

“Set your allocation up wherever it should be for you to be comfortable with it, and then stick with it,” he says. “You have made that allocation for the future years, likely based upon at least some knowledge that ups and downs could happen.”

Consistently investing money through highs and lows over a long period of time has been a proven route to wealth without much worry, Dr. Burnett says.

The flip side of that argument is that the market is in a bubble, but that short-term view shouldn’t deter someone who is investing for returns over an entire career, Dr. Burnett says

“Maybe it is, maybe we’re going to see a correction, but you should still stay in.”

As an example, he noted that the deep V-shaped decline in March and the subsequent recovery rewarded investors with lower prices.

“The folks that stayed in and continued to contribute at the regular amounts were buying low for a couple of months,” Dr. Burnett says.

Older investors within a few years of retirement may want to assess their ratio of stocks to fixed income vehicles and rebalance to bring it in line with their investing philosophy and the recommendations of financial advisors. A typical allocation recommended for an investor nearing retirement is 60% stock and 40% bonds or other fixed income instruments.

“You have to be more careful, because there is research that shows that what happens to a person’s portfolio in the last few years of work and the first few years of retirement determines their retirement outcome longer term,” he says.

Being more moderate about risk can help to shield your portfolio from sudden downturns when you don’t have a long time to recoup any losses.

On the other hand, younger investors who are just starting may be tempted to try timing when they get into the market, or to move in and out of individual stocks speculatively. Dr. Burnett advises against those practices.

“For a young person starting out in investing, I don’t know if I would counsel them not to do anything yet and wait,” he says. “It’s just so hard to time the market and make those decisions. Trying to time the market is just futile for 99% of us.”

There are a lot of indicators that the market is too pricey right now, he says, but younger investors should remember that over long periods, slow and steady wins the race.

“Asset allocation is incredibly important,” Dr. Burnett says. He encourages saving as much as possible.

“Your saving rate makes a more important contribution than I probably would have thought in my 20s and 30s.”

The power in saving and investing from a young age is the compounding effect the market offers over many years. Historically, stocks return an average of 7% a year.

“If you have a long-term horizon you need to be in the market,” he says. “Yes, there will be downturns, but history has shown that over the long term you’re better in the stock market than you are with a lot of other kinds of investments.”

“Buy the broad market, not individual stocks. If you see the market as a way to build wealth but don’t want to invest more time and energy in it than that, you should just be investing into the broad market to use that as an engine of wealth.”

He stresses that young investors have to be willing to weather market ups and downs.

“The stock market has proven to be, over the long term, a great investment and great wealth builder for those who invest regularly over long periods.”

With stocks trading at a historical high of about 19-20 times earnings and some financial analysts predicting prices as high as 30 times earnings by the end of 2020, Dr. Burnett says stocks are expensive right now and he thinks market volatility is likely to continue.

“I think we’re still in for a lot of volatility, and I think that two of the major drivers are COVID and the election.”

“People can’t get any kind of return anywhere else,” Dr. Burnett says.

The psychological effect of the Federal Reserve’s unusual step of buying corporate debt directly could also be a market motivator. It’s never been done before. Fed Chairman Jerome Powell has said the institution will do whatever it takes to stabilize U.S. business and the economy.

“I wonder sometimes if the Fed’s stance on this has had more of an impact than perhaps what they’ve actually done so far,” Dr. Burnett says.

No matter where you are in your investing life, Dr. Burnett says be sure you research investing enough to understand what you are doing.

“If you can get yourself on a savings plan and an investing plan where you’re periodically investing money in the market, you’re going to buy in at the lows and also buy in at the highs. Over the long haul, it’s been shown that that’s the best way to build wealth.”