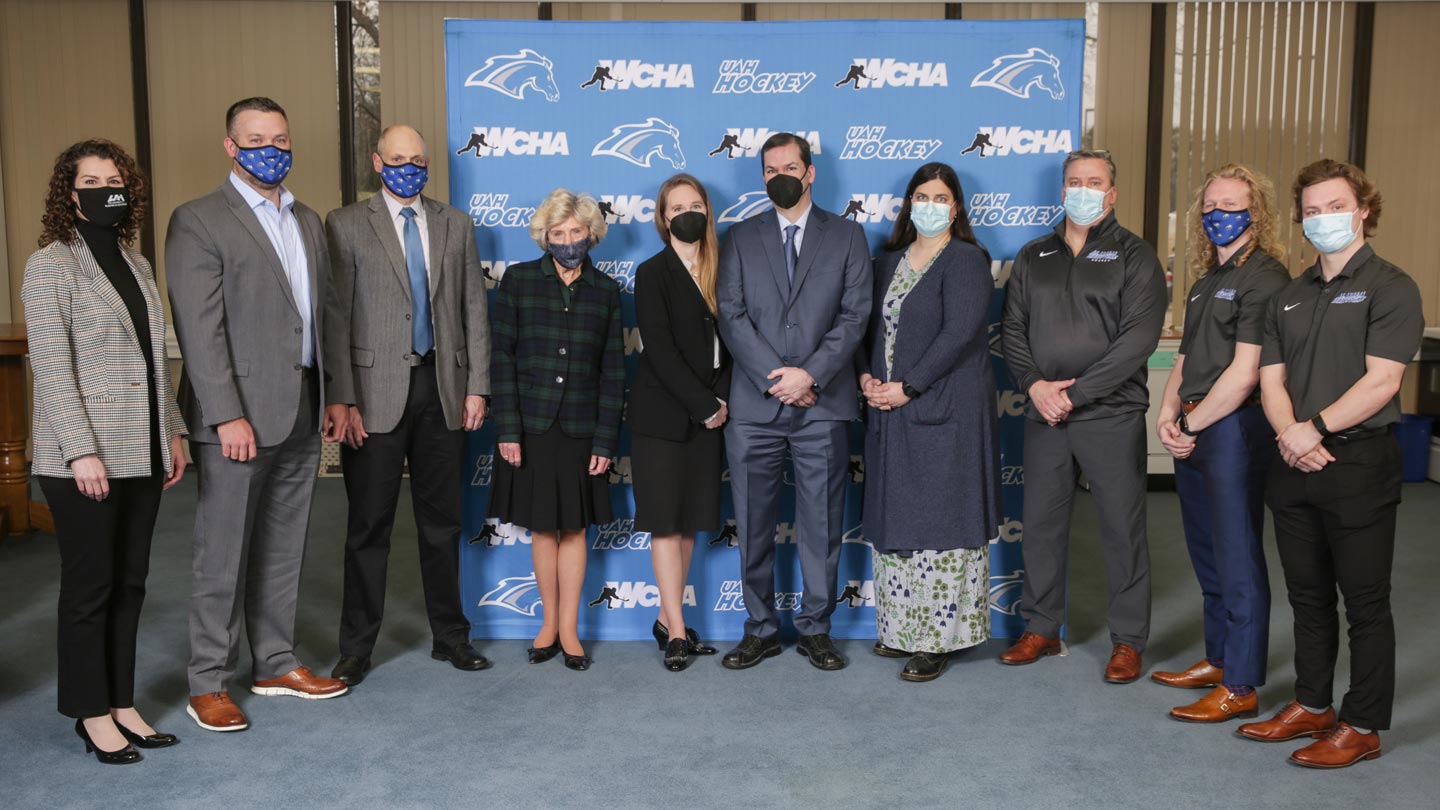 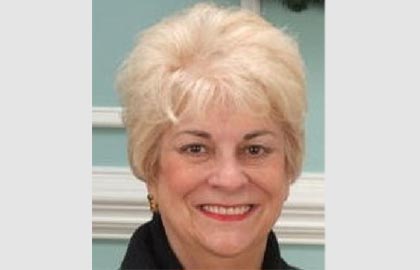 "My mother and father wanted to make this gift to the UAH hockey program specifically in order to help ensure the longevity of the program," says her son, Keith Schonrock, III. "They saw the benefit that programs like this bring to our and other families of Huntsville, and we are happy that their gift will help UAH Hockey move into the future."

"We are extremely grateful for the Schonrock family for their generous gift to honor their mother and father," UAH Director of Athletics Dr. Cade Smith says. "I know that UAH Hockey meant a lot to them, and to be able to honor their legacy in such a lasting way is an honor for us to be able to do."

In her professional career, Schonrock worked for IBM and NASA's Apollo space program as a computer programmer. She has left a strong legacy as a community leader and volunteer for the city of Huntsville as well through her passionate support of numerous area sports, arts and educational organizations.

"My mom is originally from Massachusetts, and my dad is originally from Connecticut," Keith Schonrock says. "Mom moved to Huntsville when she was about eight years old, as her father worked with Von Braun's team and the space program. IBM is where my parents met. My father went on to be one of the founders of M&S Computing that eventually became Intergraph Corp. Mom left IBM at that time and continued to serve the Huntsville community on various boards and in multiple volunteer positions."

Schonrock's extensive volunteerism efforts have benefited the Benton H. Wilcoxon Ice Complex, the Huntsville Museum of Art, Randolph School, the U.S. Space & Rocket Center, the Huntsville Symphony Orchestra Guild, the Von Braun Center Board, St. Thomas Episcopal Church, UAH Charger Ice Hockey and Leadership Huntsville Class 15. She received the Governor's Arts Award from the state of Alabama and the Virginia Hammill Simms Award for significant contributions to arts in the region, along with the Madison County Women's Scroll of Honor award from the Girls Scouts of North Alabama. Schonrock also was recognized through the Huntsville/Madison County Senior Center Path of Honor and as a U.S. Congressional Record Honoree.

Schonrock's love of hockey didn't manifest itself until after her family had become involved in the sport.

"Mom and dad were not lifelong hockey fans," Keith Schonrock explains. "We got into ice sports when my grandmother found an ad for ice skating at the Ice Palace, formerly on Governor's Drive, and my sister and I started taking lessons. From there, we both were competitive figure skaters, and my parents continued to get more involved by participating on the Ice Palace Board, the Ice Complex Board of Control and Huntsville Sports Commission. I believe their work on these boards and volunteer positions got them more familiar with other ice sports, including hockey. There was frequent interaction with Doug Ross and the UAH hockey team as we all used to share the same ice at the Ice Palace."

Not surprisingly, it was this spirit of volunteering that proved to be the catalyst that began to forge Schonrock's bond with Charger Hockey in particular.

"I started to play recreational hockey after high school and started to volunteer working the UAH penalty box," Keith Schonrock says. "I think this, along with my mom being on the VBC Board of Control, is how she got interested in UAH hockey. We all started to go to the games together, and my mom really took an interest in the game and people behind the game. She would love to attend the Blue Line lunches where she could meet the coaching staff and loved going to the special events, such as the auctions, where she could interact with and talk to the hockey players. We continued to go to hockey games as a family group up until she passed in 2020. She saw the positive power of hockey and the benefit that UAH provided to the community at large."