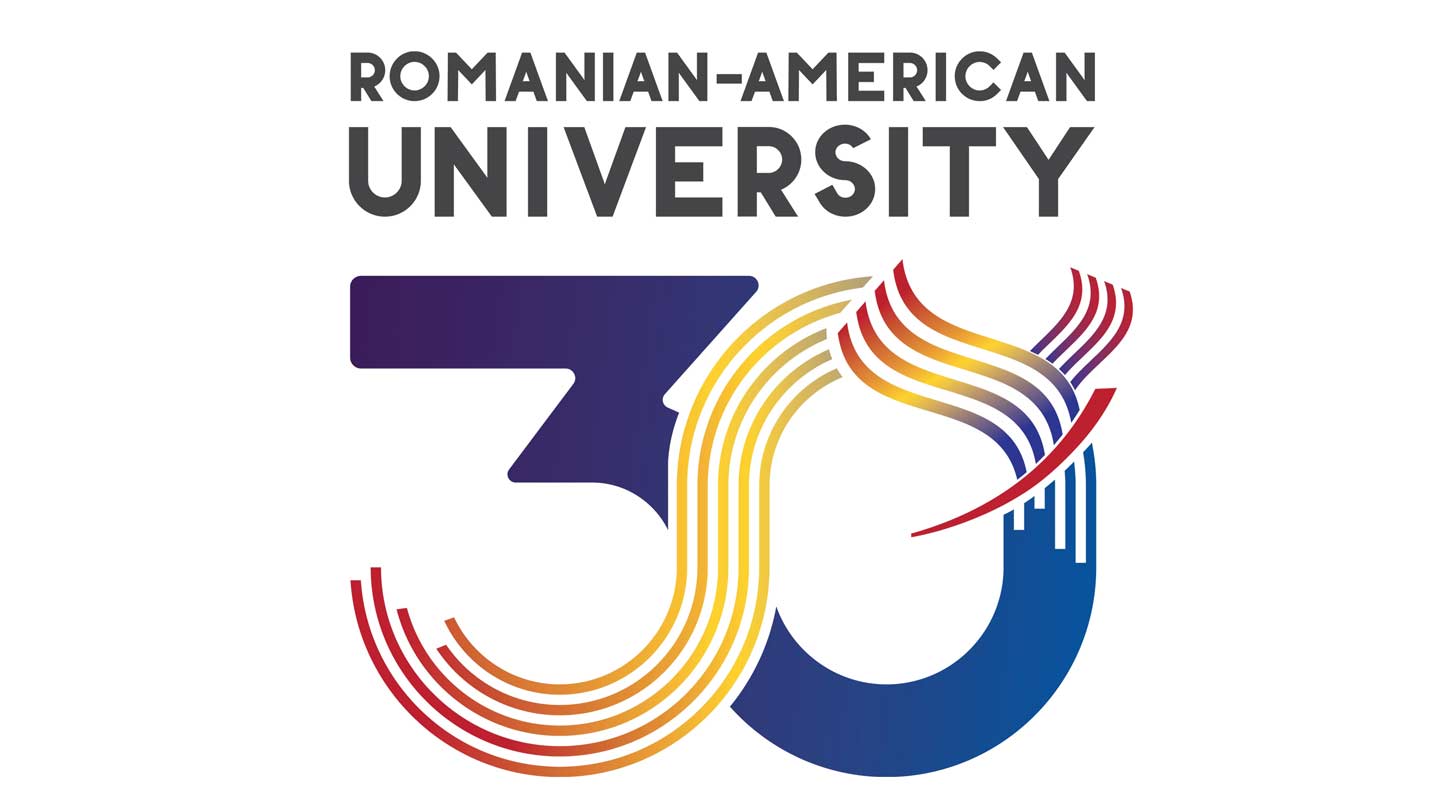 Dr. James McCollum, a Professor Emeritus with The University of Alabama in Huntsville (UAH), a part of The University of Alabama System, has published a book, “The Professors’ Tales,” recounting experiences teaching and traveling in Romania after the fall of the Iron Curtain. Dr. McCollum co-authored the book with his wife, Barbara McCollum, a retired Associate Professor with the UAH Department of English.

Subtitled, “Work & Play in Foreign Lands,” the book details their journeys that resulted from a pair of Fulbright Scholarships enabling the one-time Director of Graduate Studies for the UAH College of Business to teach classes at The Romanian-American University (RAU) in Bucharest, as well as on the shores of the Black Sea. 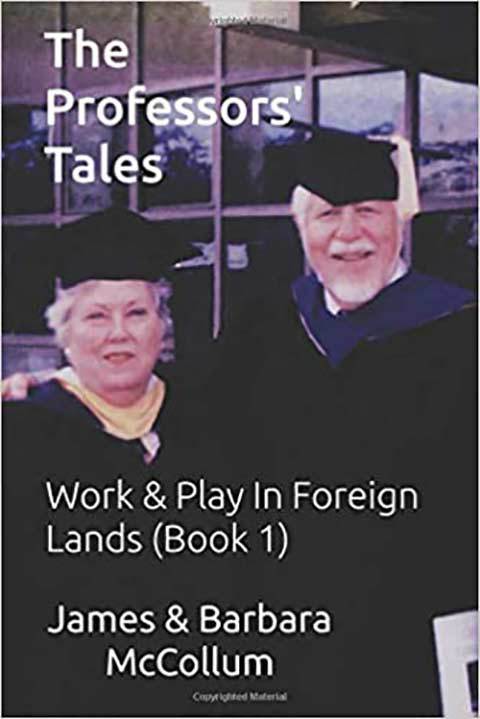 “A packet of mail came from the U.S. Fulbright Program in Washington asking if any of our professors would like to become Fulbright Scholars,” Dr. McCollum recalls. “I convinced Barbara that it would be interesting to go behind the old ‘Iron Curtain’ to see what life was like there. This was two years after the fall of the Berlin Wall. So I put in a request to go to Russia, but all of the positions for Russia had been filled. Would I consider taking a teaching position in Romania?”

Dr. McCollum was soon slated to teach classes at the Academy Study for Economy (ASE). After an arduous flight, on Sept. 23, 1991, they had their first Fulbright orientation at the Embassy in Bucharest.

“Afterwards, we were taken to what had once been a very nice place to stay, the Hotel Lido, which now had dirty rugs, saggy beds and toilets that ran all of the time.”

What they found was a country that had been under Communism since 1945 until breaking away in December 1989 when the dictator Nicolae Ceaușescu and his wife were executed after a brief trial.

“The Fulbright Commission sent us Romanian language tapes from which we learned a little,” Dr. McCollum says. “Eventually, Barbara and I were put into a three-room apartment that had been used for three students in a small building used by the Academy of Economic Studies. The apartment was spare with three bunk beds (we used one for a couch), a hot plate for cooking, a shower room, a toilet next to the entry door and little else.”

On exploring their new home away from home, the couple encountered gypsy musicians, Soviet-styled reconstructed housing, old-time trolley cars and long queues for bread and meat. The two Huntsvillians happened to arrive the same year as the founding of the school where Dr. McCollum was preparing to teach. The Romanian-American University was established in 1991, and the school’s modest beginnings originally comprised only a small group of students meeting in a storefront.

“I was scheduled to teach a Management course in the fall semester to 21 students who spoke English,” Dr. McCollum says. “I lectured every meeting, then tried to get feedback from the students. At first it was hard to get responses, but little by little, they spoke up and were very knowledgeable. I put the class into teams of four or five and assigned each team to make a presentation. Several of them came up to me during breaks and said, ‘We have never had to learn this way, and we like it very much!’” 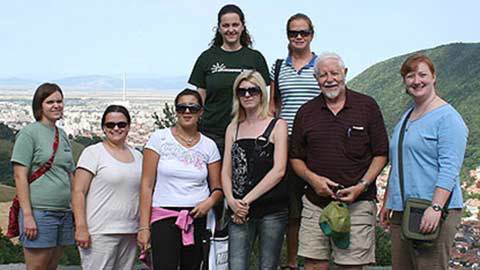 When a second Fulbright came in 2003, Dr. McCollum was approached by then RAU Rector, Ion Smedescu, with an offer to teach again, and the professor eagerly agreed to field several business classes beginning in 2006.

“They said I want you to come teach and also do some work with the Romanian Black Sea University,” he remembers. “So I brought a lot of UAH students over and put them with Romanian students and they all enjoyed it.”

These classes continued until 2017, with the business professor teaching three classes a year in Romania. He proved to excel as a promoter of international educational cooperation, making trips back to Alabama each year to recruit new UAH students for the University’s Study Abroad program every summer. Thanks to Dr. McCollum’s industry and vision, 98 UAH students in all took advantage of this opportunity over the life of the program, linking up with Romanian students for classes and social experiences. The classes lasted three weeks, for which students earned three credit hours.

In fact, the Romania-UAH connection proved so successful, Dr. McCollum was awarded a United States Information Agency (USIA) grant to bring 54 Romanian managers back home with him to work as interns in the Huntsville area with some of the local businesses as part of a course in Free Market Management.

At a reunion with these Romanians after three years, “they all said what they learned at UAH had been very helpful to them,” he notes. “We put them with some of our local businesses so they could learn something about free market management. Then they went home, we had a reunion, and a lot of people talked about what a great thing it was. They hadn’t known what free market management was all about until they came here!” 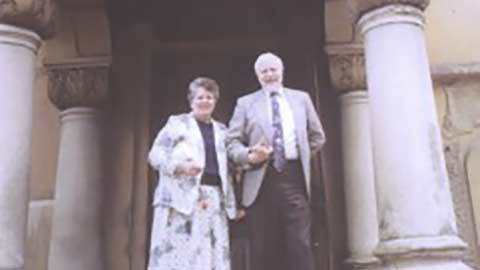 Dr. McCollum also mined his Romanian experiences to publish a book titled “American Ideas for Romanian Managers,” which he later revised for a second edition, together with Dr. Ana-Maria Predna of the RAU, as an updated text called “Applied Business Management.” The main focus of the book was to help students develop skills by interacting with real-life business applications, as well as learning to design and implement action plans, identify strategic business opportunities and address management challenges. He is also the author of “Romania: Opening All of the Doors, A Travelogue of the Transition.”

By 2008, the late RAU Rector, Ion Smedescu, had seen his university grow from nothing into a large modern campus of more than 14,000 students. “His goal was to create a university like the American universities,” Dr. McCollum notes. This year the Romanian-American University Magazine celebrated its 30th anniversary, devoting six pages of a recent issue to praising the UAH professor’s contributions to the partnership he had forged between UAH and the RAU.

“It has been a life changer, and I wanted to go back,” Dr. McCollum says. “I felt that I had a mission to help the Romanians. I had taught three university classes and 40 seminars ranging from two hours to five days with more than 1,000 students. Barbara had tutored English to numerous Romanians. I had consulted with several Romanian companies and had written business plans for some of them. I did come back in 2017, but I broke my leg, and now I can’t go back anymore,” he says, smiling wistfully.

He won’t soon be forgotten, however. The Holistic Marketing Management Journal of the Romanian-American University recently awarded the prestigious HMM Diploma of Special Merit to “Dr. James K. McCollum, Professor Emeritus, University of Alabama in Huntsville, U.S.A., for outstanding contributions in the field of Business and Talent Management on the occasion of RAU’s 30th anniversary.”

Today, Dr. McCollum is recognized as one of RAU’s most beloved Visiting Professors.