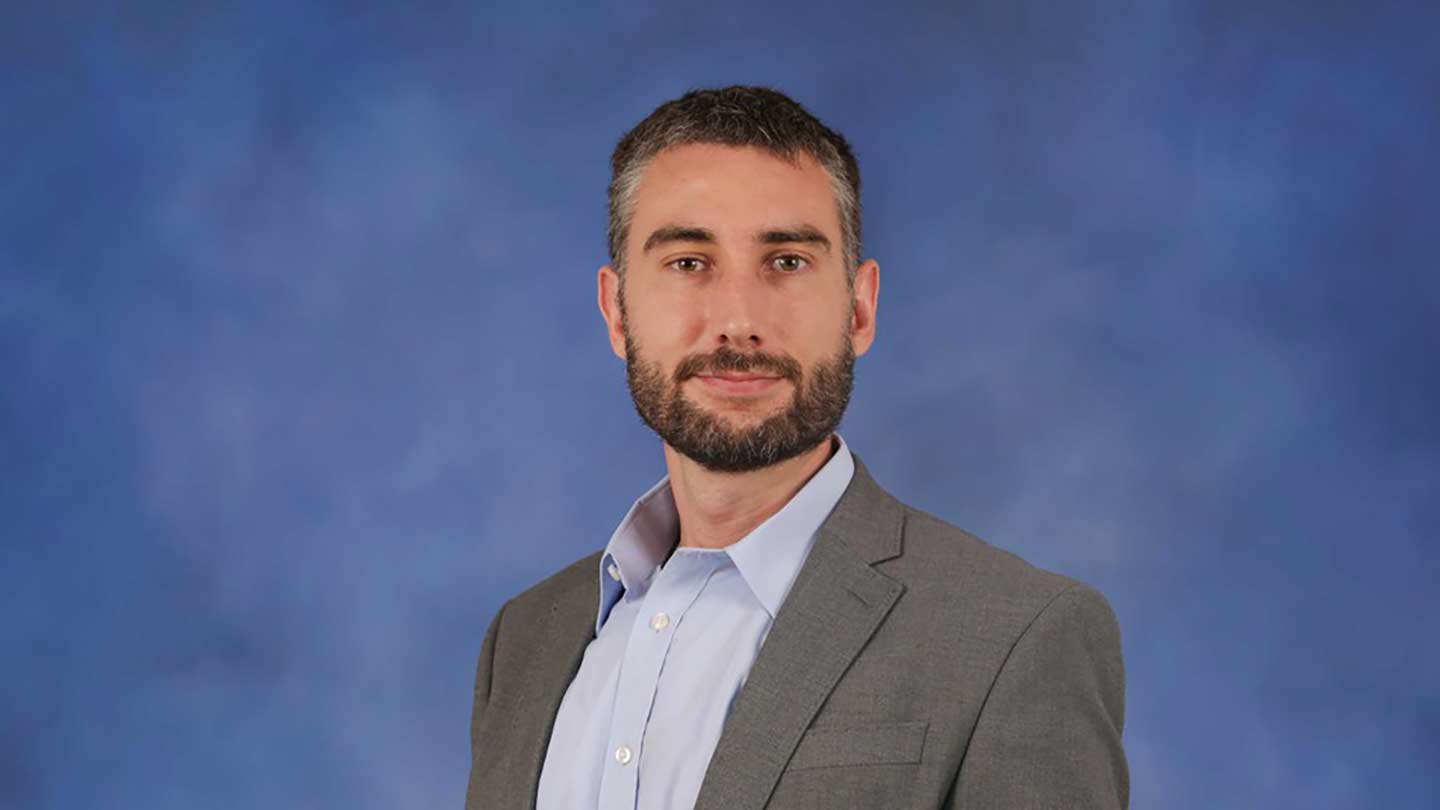 Edwin (Michael) Bearss, a doctoral student who is part of a group conducting research to formally model cyberattacks at The University of Alabama in Huntsville (UAH), has earned a $10,000 RADM Fred Lewis Postgraduate Interservice/Industry Training, Simulation and Education Conference (I/ITSEC) Scholarship.

“I’m incredibly excited about the scholarship,” Bearss says, adding that he’ll use the money for tuition.

“I/ITSEC is the world’s largest modeling, simulation and training event held annually in Orlando, Fla.,” he says. “In addition to a monetary award, the scholarship also allows the recipient to attend the I/ITSEC conference. I have always wanted to attend this conference, and I’m excited to attend later this year.”

Trideum, the company Bearss works for, regularly attends the conference and he attended virtually in 2020. He looks forward to attending in person.

“The ability to attend the conference later this year will be an excellent opportunity to network and meet other professionals in the modeling, simulation and training field,” Bearss says.

Bearss is exploring how to formally model cyberattacks using an extension to the Petri net formalism in a group of UAH student researchers.

“A Petri net is a mathematical modeling language that can be used to describe systems,” he says. “This extension, named Petri nets with Players, Strategies and Costs (PNPSC), dramatically enhances standard Petri nets and makes them suitable to model various aspects of cyberattacks.”

His research applies machine learning to optimize the strategies of these players, he says.

“By optimizing the strategy of these PNPSC net players, we hope to assist the development of real-life strategies to combat cyberattacks.”

Dr. Petty says the scholarships are highly competitive. He served many times prior to this year on the selection committee.

“The selection committee looks for students who are not only excellent academically, but who show an interest and aptitude for modeling and simulation,” Dr. Petty says. “I believe Michael Bearss was selected because he is already working in and contributing to defense modeling and simulation, which is the community that the I/ITSEC conference is meant to support.”

Previously, two other UAH students Dr. Petty mentored also were selected for the scholarship. Dr. Daniel A. O'Neil completed his doctorate in modeling and simulation in 2019. Dr. Petty was his advisor and committee chair. Dr. Mitchell J. Bott also completed his doctorate in modeling and simulation, also in 2019. His advisor was Dr. Bryan Mesmer, associate professor of industrial and systems engineering, and Dr. Petty was his committee chair.