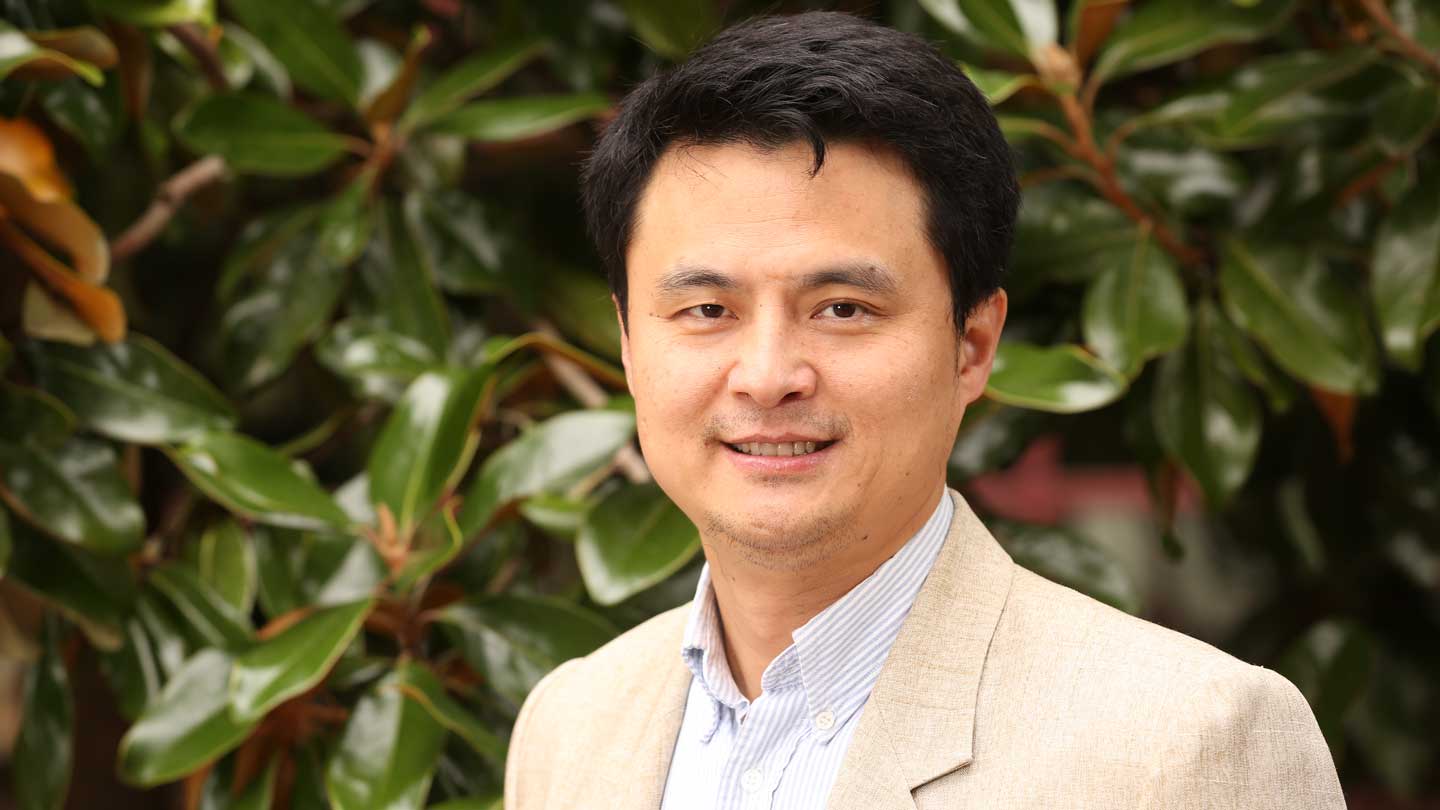 Adopting an ambivalent mindset that embraces the contradictory presence of both threats and opportunities can be useful for CEOs in crises, says Dr. Yongchuan "Kevin" Bao.

When their companies face crises like disruptive changes, the way chief executive officers (CEOs) perceive or interpret the crises matter for their companies' adaptation to the changes, according to research by a University of Alabama in Huntsville (UAH) associate professor of marketing.

"Our study advocates that in response to a crisis, company executives should develop an ambivalent mindset that embraces the contradictory presence of both threats and opportunities," says Dr. Yongchuan "Kevin" Bao of the College of Business at UAH, a part of the University of Alabama System.

The co-authored research article was published in IEEE Transactions on Engineering Management, and received the Best Papers award of the Technology and Innovation Management Division at the Academy of Management Annual Meeting 2020.

"In the empirical test of the hypotheses, we adapted measures of ambivalence towards a crisis from prior research," Dr. Bao says. "CEOs may use these measures to check the level of their ambivalence in a crisis situation."

When disruptive changes occur, such as an economic crisis or the emergence of a new technology that renders obsolete a company's core competence, CEOs who are highly ambivalent about the change can better identify the innovation agendas that help firms adapt to the change, the research found.

Yet the study finds that increasing CEO ambivalence does not necessarily lead to a higher level of ambidexterity.

"CEOs should be especially cautious when they perceive vague opportunities but distinct threats. This is a low ambivalence trap, where CEOs tend to reconcile the weak cognitive frame with the salient or strong cognitive frame in order to suppress the cognitive tension," says Dr. Bao.

If a CEO falls into the trap, the resulting decisions may undermine the firm's organizational ambidexterity to address the disruptive change.

For example, a Kodak engineer invented the world's first digital camera. Yet Kodak executives perceived that the invention exposed conspicuous threats to its core competence of film-based photography. At the same time, they thought that the emerging technology had only vague market opportunities.

With this mindset, they attempted to reconcile film with digital technology by implementing a policy called film-based digital imaging. The effort to blend digital with film technology compromised both the company's exploration of digital imaging and the exploitation of film technology. That led to reduced investments in color film and also the market failure of exploratory digital products.

To sidestep this low ambivalence trap, Dr. Bao says CEOs should collect a wide range of information on a crisis and develop the cognitive flexibility to embrace possible contradictory interpretations and detect the structural linkages between the positive and negative aspects of a crisis.

"Only when CEOs perceive, not only conspicuous threats, but also distinctive opportunities can they develop a cognitive flexibility to embrace the contradictory evaluations of a disruptive change and seek to identify novel linkages among the conflicting elements of both the threat and the opportunity frames," Dr. Bao says.

When Netscape made the foray into the web browser industry with its groundbreaking Navigator, for example, Bill Gates at Microsoft not only perceived a prominent threat to Microsoft's operating systems (OS) but also sensed enormous business opportunities.

Driven by an ambivalent vision, Gates decided to embrace and extend the Internet by developing and integrating Internet Explorer with Microsoft's Windows systems. In doing so, Microsoft effectively leveraged the market dominance of Windows to promote Internet Explorer and achieved synergistic outcomes from exploring the new browser and exploiting the core competency of the Windows OS.

The research also examined whether firms' technological capability inhibited or facilitated a CEO's ability to adapt to a disruptive change with innovations.

"We find that technological capability acts as a double-edged sword," Dr. Bao says.

If a CEO mainly perceives threats of a disruptive change, a strong technological capability may reinforce rigidity and spur a retreat to the firm's core competence or business model, he says. Increasing ambivalence may undermine organizational ambidexterity even more as the firm loses the flexibility to explore new ways of innovation.

For example, Polaroid made similar mistakes to Kodak's when digital imaging technology emerged. Although the firm's instant photography core competence was unparalleled in the industry, its technological supremacy led company executives to cling to the belief that consumers preferred instant cameras over digital offerings.

In an attempt to preserve its core competence and business model in the face of the digital camera threat, Polaroid decided to bundle the digital camera with instant film. The compromise delayed the development and commercialization of its own digital camera, while in the meantime diminishing investments in instant photography.

"When CEO ambivalence is above a threshold, we observe that increasing ambivalence accelerates organizational ambidexterity even more for firms with high technological capability," Dr. Bao says.

"This is because when CEOs clearly recognize and embrace the joint presence of threats and opportunities, they tend to detect creative, unusual linkages between the distinct aspects of a crisis situation," he says. "As a result, they can consider novel applications of technological capability in unexpected ways to cope with a crisis and preserve a firm's core business."

An example is USA Today President Tom Curley, who perceived threats to his business from the internet and television media outlets that were causing a steady decline in newspaper readership in late 1990s. Yet Curley also recognized the need to expand beyond the traditional newspaper business model to maintain growth.

His ambivalent mindset drove the company to apply its technological capability in newsgathering and editing to an online news platform, and to begin sharing its news content across newspapers, USAToday.com and local television stations.

On the other hand, CEOs who react promptly to the perception of threats without considering the possible opportunities of a disruptive change may make firms ill-adapted to the change and undermine the likelihood of simultaneous pursuit of exploitation and exploration, Dr. Bao says. But there are ways CEOs can mitigate against quick reactions.

"A greater amount of information from people with diverse backgrounds and experiences is surely useful for a CEO to develop an ambivalent perspective on a crisis situation and identify the novel linkages between the different aspects of the situation," he says.

CEOs should seek the wisdom of the team in decision making and work closely with members of top management.

"In such a situation," Dr. Bao says, "a team comprised of members with diverse backgrounds and experiences seems to be a better fit, as the diverse perspectives enable a CEO to discover different, even contradictory, aspects of a crisis or disruptive change and identify creative solutions."

He says a good example is Airbnb, the vacation rentals service vendor. Airbnb survived the pandemic crisis even though the imperative to stay home caused a sharp decline in hotel booking and home rentals.

"Above and beyond the perception of threat, the management team of Airbnb sensed business opportunities in conjunction with sheltering at home," says Dr. Bao.

"In response, they launched the Online Experience program, in which hosts around the world can earn money by displaying fun and exotic activities online, such as showing the secrets of magic and making coffee with professionals, among many others," he says. "This exploratory initiative was carried out simultaneously with the exploitative move to reinforce the core business of vacation rentals."