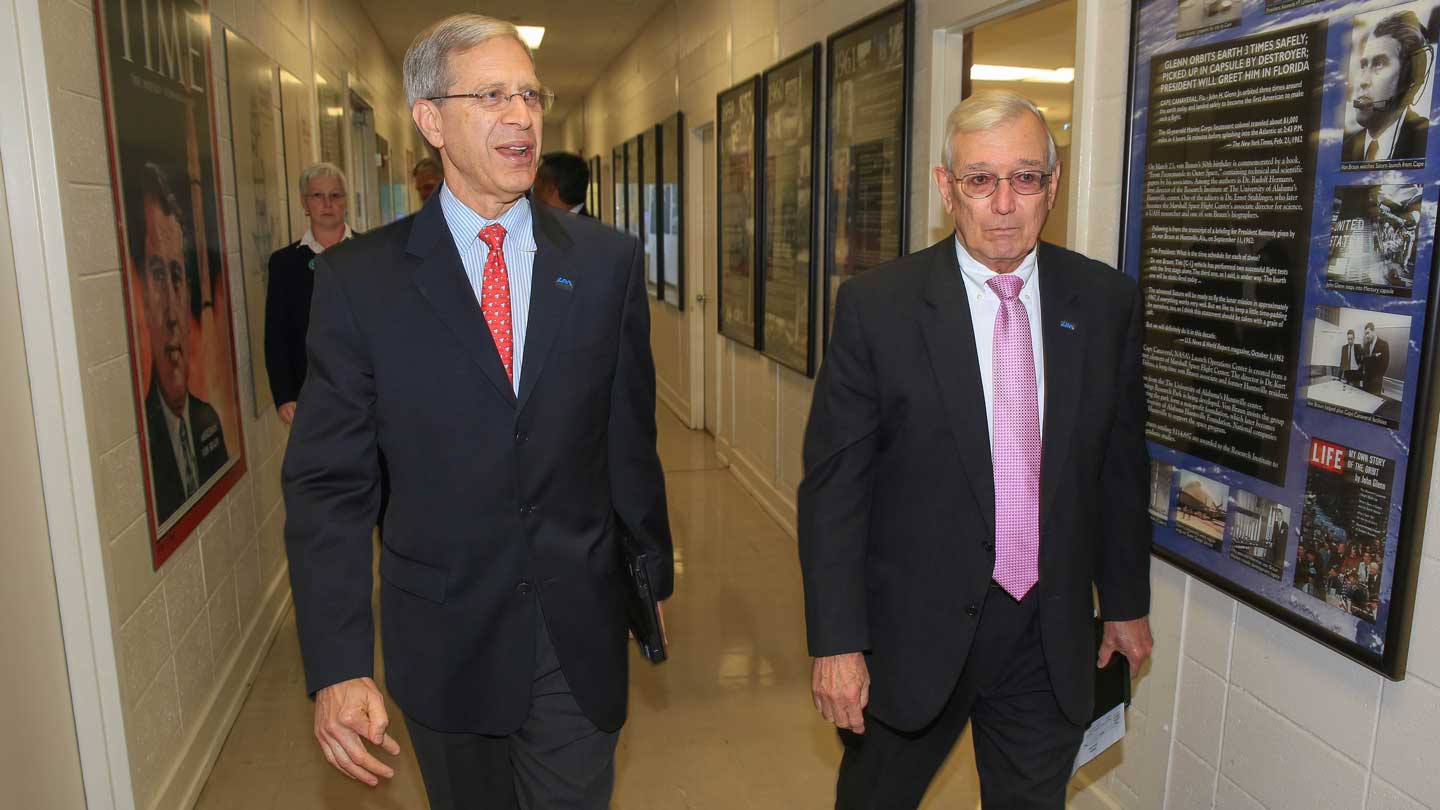 A University of Alabama in Huntsville (UAH) graduate who is now a corporate vice president and chief scientific officer of a company with $2.5 billion in annual medical device sales came back to his alma mater Wednesday for a campus tour. 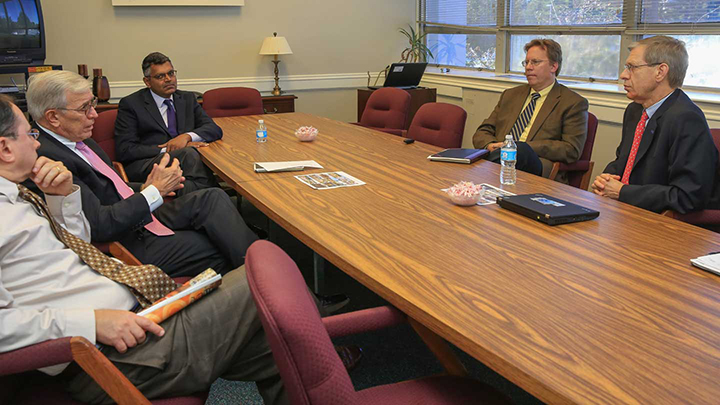 Stanton J. Rowe (BS, biological sciences, '75), an executive at Edwards Lifesciences LLC in Irvine, Calif., has been awarded 15 patents and has 32 pending. Rowe joined the company in 2004 when Edwards acquired Percutaneous Valve Technologies (PVT), a company Rowe helped to found in 1999 and where he served as president and CEO. He is part of a team that developed the patent system at Edwards that the company uses to reward employees who are awarded patents.

At PVT, he headed a team that developed an innovative stented heart valve for patients with aortic stenosis that can be implanted using a catheter instead of major heart surgery. In 2012, Rowe gave a TEDx Orange Coast talk about making big decisions without all the facts, discussing the process that led to his decision to select a particular patient for the first procedure using the new valve.

"This is what I do for a living, and it doesn't happen just once, it happens a lot," he told Dr. Ray Vaughn, UAH vice president for research and economic development during a meeting with university officials in Vaughn's office.

"I exist in that space between the business world, the medical world and the technological world," Rowe said in describing his career while touring the new UAH Nursing Building.

It’s always fun to be back and to see how far things have come. Whenever I drive by the lake, I think of taking my one-year-old daughter there 40-some years ago to feed the ducks.

Part of his time in Huntsville was spent at Huntsville Hospital, which since July has implanted seven patients with the catheter-inserted heart valve. In its newer research, Edwards Lifesciences is currently working on a mitral valve replacement using a trans-catheter valve that will be inserted between a patient's ribs, another alternative to having more major surgery. The valve started clinical feasibility studies in February. On Thursday, Rowe toured the HudsonAlpha Institute for Biotechnology, which partners with UAH on scientific projects and houses companies founded by UAH professors.

In addition to meeting officials in the Office of the Vice President for Research and Economic Development, Rowe met with UAH Office of Technology Commercialization Director Kannan Grant and toured the Electrical & Computer Engineering Dept., the Dept. of Biological Sciences and the College of Nursing. On Wednesday, Rowe dined with UAH President Robert Altenkirch, officials of the Office of University Advancement and other university dignitaries.

"It's always fun to be back and to see how far things have come," he said. "Whenever I drive by the lake, I think of taking my one-year-old daughter there 40-some years ago to feed the ducks." 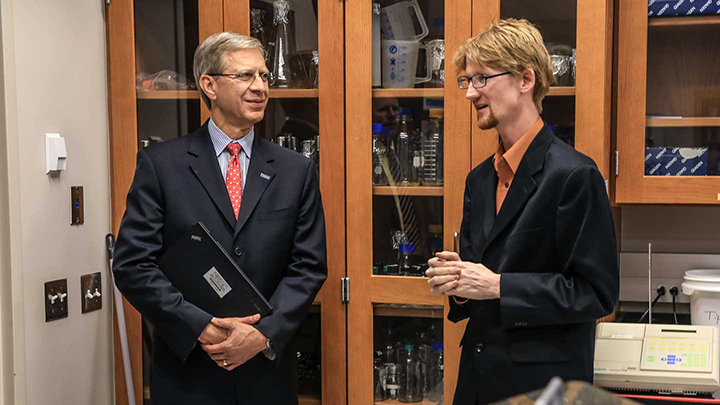 Being back on the campus where he played on UAH's first rugby club team also elicited memories for Rowe, whose father was a Huntsville NASA engineer and whose cousin, Dag Rowe, is a local attorney and a member of the UAH Foundation Board.

"I think it was in 1973 when the Psychology Dept. got together a program where over a summer you could do a simulated NASA mission," he said. "And to simulate the workload of the astronauts, you took a full semester course in 10 days, and the course was statistics."

Perhaps a harbinger of things to come, Rowe was a quick study, completing the course in five days. 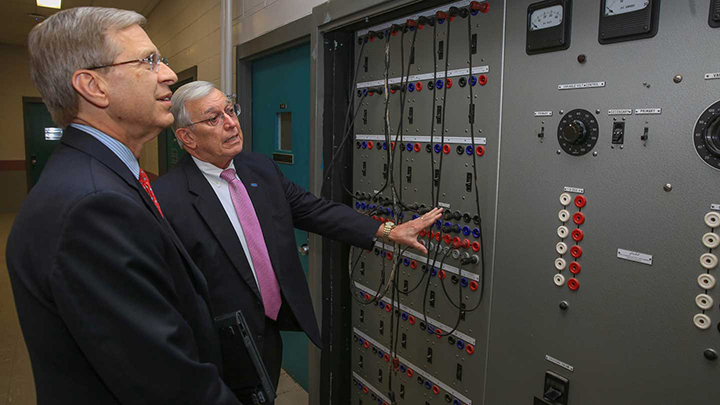 At JJIS and the related Cordis Corp., Rowe held a variety of positions with increasing levels of responsibility, including heading the company's business development, advanced technology, worldwide clinical research and marketing groups. Rowe joined Cordis after previously holding several positions in product management for a number of medical device companies.