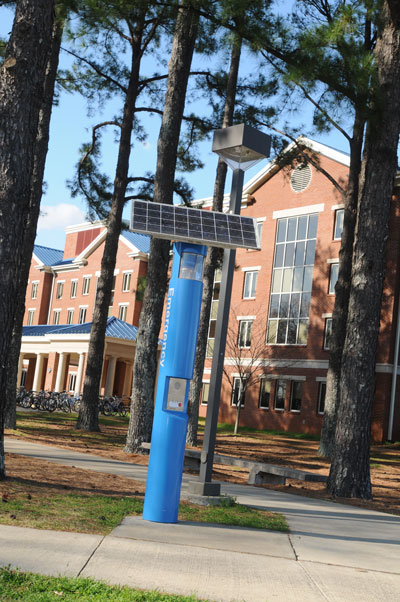 HUNTSVILLE, Ala. (July 25, 2013) - Most of us, thankfully, have never had occasion to push the red emergency button on any of the Code Blue phones located across The University of Alabama in Huntsville (UAH) campus. And of the handful of people who have, says Michael S. Finnegan, Associate Vice President of Facilities and Operations, their only "emergency" was needing directions.

"We certainly instruct them that it's an emergency phone," says Finnegan with a laugh. "But it's a sign of just how safe the UAH campus is." And that's something he takes very seriously. "All these systems are part of the university's infrastructure. It's a great concern of ours to keep everyone safe," he says.

To that end, Finnegan is in the process of rolling out a $3 million upgrade to the university's current emergency system, UAlert. "One of the primary goals in the Strategic Plan is to have a more welcoming and safe environment, so an upgrade to enhance the safety of students and staff on campus certainly fits into that," he says.

For the past four years, he says, UAlert has consisted primarily of phone, text, and email communication in the event of an emergency. "It's a very strong system, but we're limited in what message we can send out via UAlert because it's managed off-site," says Finnegan.

The upgrade, by contrast, will be managed on-site. And unlike the present system, it will rely first on voice communications. "We're going to have outdoor speaker arrays that will communicate across the entire campus, as well as an indoor voice system in all of the university's buildings," says Finnegan.

The outdoor arrays, he continues, will consist of two towers, one on Roberts Hall and one on the Optics Building. "These things are very powerful - they have a little over a half-mile capacity," he says. "The equipment for those has been ordered, so that will be the first part of the system that's up and operational." 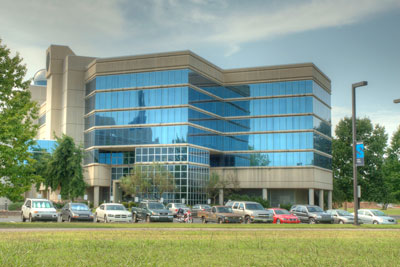 The second part will be the indoor system, which will make use of the fire alarm systems already installed in all campus buildings. It will be rolled out over the next academic year beginning with the buildings on the north end. "We had to start somewhere, and those are our primary classroom buildings," says Finnegan. "They have our largest daily capacities."

Once installed, the system will allow the highest-ranking officer on campus to make real-time announcements from one of two control centers, the first in the UAH Police Department and the second in the Physical Plant. "I think this is the best way to reach the greatest number of people across campus with what can be a very precise message," says Finnegan.

And while alerts will still be sent out via phone, text, and email as they have in the past, this new system will take precedence going forward. "They will tie to each other, so if you activate one, it activates the other," he says. "But tier one is going to be voice messaging and tier two is going to be electronic messaging."

Concurrent with the upgrade of the alert system will be the addition of exterior card-entry systems on every campus building. "If you're using facilities at normal operation times, this won't affect you at all," says Finnegan. "But if you have to get in after-hours, your Charger Card will be your key to the building."

That way, he continues, there will be record of who comes in through each door and whether the door locked after them. And in the event of an emergency such as a lockdown, he says, "the police can lock the buildings remotely from a centralized location."

Of course the best thing you do to ensure your own safety is simply to be aware, whether it's familiarizing yourself with building exit plans or taking a class in CPR. "People's safety is really up to them," says Finnegan. "They need to learn the systems."

And that includes the red emergency buttons on the Code Blue phones. Remember, folks, they're not for directions!