HUNTSVILLE, Ala. (May 16, 2013) - Hey, you, student who thought he was getting out of a speeding ticket by driving off campus. Markus Bressler, a patrol officer with the Police Department at The University of Alabama in Huntsville (UAH), wants you to know one thing.

"UAH police officers are certified through the state of Alabama and have the same authority and police powers as Alabama State Troopers, so I can enforce any law in the state," he said. "And while we mostly stay on campus, there's no such as thing as 'If I leave campus they can't pull me over.'"

That rule doesn't apply to all universities, however, which is probably what leads to the confusion. "Where public and private universities receive their power is different in some cases," said Bressler's superior, Capt. Dianna L. Marshall. "But because we are state certified, we receive our powers from the state government."

And those powers go far beyond routine traffic stops. "Though we are in our vehicles a lot, our job is also about talking to the community and making sure we're available for them," said Bressler.

Fulfilling that job are 13 officers and one investigator. "Whatever cases patrol can't solve right away, the investigator will take over," said Bressler. That can include stolen property and hit and runs, though neither is very common at UAH.

Bressler said that's in large part due to the high visibility of the department. "Police presence is what really matters. If you're just there and people see you, they feel safe." That's why he and his fellow officers regularly walk through the dorms and patrol the streets.

They also conduct a number of outreach programs, such as the alcohol-awareness initiative Fatal Vision. In this grant-funded effort held in cooperation with UAH's Charger Choices Committee, students are challenged to perform field sobriety tests while wearing goggles that simulate alcohol intoxication. 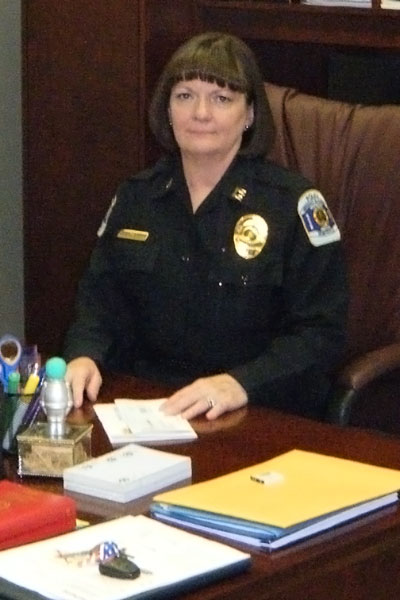 "When you remove the goggles and you realize you ran over four or five cones, you can see the consequences," said Marshall. "But many times when you're involved in a real situation, you don't get that second chance."

Police presence is what really matters. If you’re just there and people see you, they feel safe.

Charger Watch, another outreach program, teaches students, faculty, and staff how to identify and report suspicious people and activities. Of course, safety is the department's highest priority, which is why watch-members also learn how their roles differ from those of the police. "We don't want them in direct contact with suspicious people," she said.

That's because as safe as the UAH campus is, you never know what can happen. "I don't think we're worried about guns on campus, but we're cautious about it," said Marshall. "We always need to bear that in mind, that we might have to deal with an armed person." 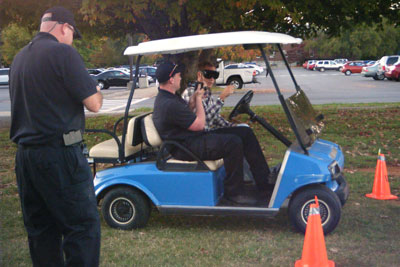 At the Fatal Vision event held last Halloween in partnership with the Charger Choices Committee.

And indeed, in 2010, that is exactly what happened. Which is why today officers not only continue to receive the standard training with regard to active shooter scenarios, but also receive additional training on how to deal with emotionally disturbed persons.

"That's a very pressing topic everywhere right now, but especially on college campuses," said Marshall. "So some of what has transpired between 2010 and the present has been in response to that shooting and also the current climate in society."

For the most part though, the life of a university police officer is much less dramatic than that of his or her off-campus counterparts. "It's a different community here," said Bressler. "We're really interested in working with the students and making sure they're safe. There's no 'us against them.' I love that." 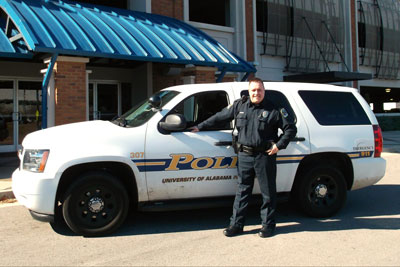 Another perk? Knowing that you are helping students grow into mature, independent citizens. "Every year you're able to start with a new group of students, follow them through four years, and then see them graduate," said Marshall. "We help prepare them for the real world - we give them different tools than they learn in the classroom, but we have a part in that preparation."

And that includes learning how to take responsibility for your actions, including traffic violations. So the next time you think driving off campus will save you from a ticket, give it a shot. You'll still find Officer Bressler in your rearview mirror.