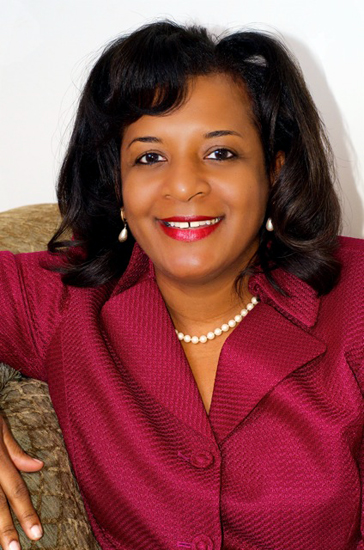 HUNTSVILLE, Ala. (September 18, 2012) — University of Alabama in Huntsville (UAHuntsville) alumna Valerie Martin-Stewart (BSE EE ’95), will be honored during the 17th anniversary of the annual Women of Color Science, Technology, Engineering and Math (STEM) Conference Oct. 11-13 in Dallas, Texas.

Martin-Stewart is an electrical engineer at the Naval Surface Warfare Center at the Naval Sea Systems Command in Washington, D.C.  She is also a highly sought-after international minister and motivational speaker. Martin-Stewart attended UAHuntsville on a basketball scholarship and played the sport professionally in Peru, Australia, and toured in Italy. She was previously employed with the Australian government as a computer analyst and supervisory technical support.

Martin-Stewart is the founder and executive director of the non-profit ministry “Taking it by Force Outreach Ministries, Inc.” She is the author of three books Out of Pain Came Poetry, Groomed for Greatness and Rise Above Rejection.” She holds an additional academic degree in computer science and master’s and Ph.D., degrees in ministry and theology.

The Women of Color (WOC) STEM Conference addresses underrepresentation of women in STEM fields.  WOC also serves as an international forum that celebrates the significant achievements of women of color in scientific and technical careers, and creates an environment for networking and provides valuable opportunities to develop and nurture mentoring relationships.