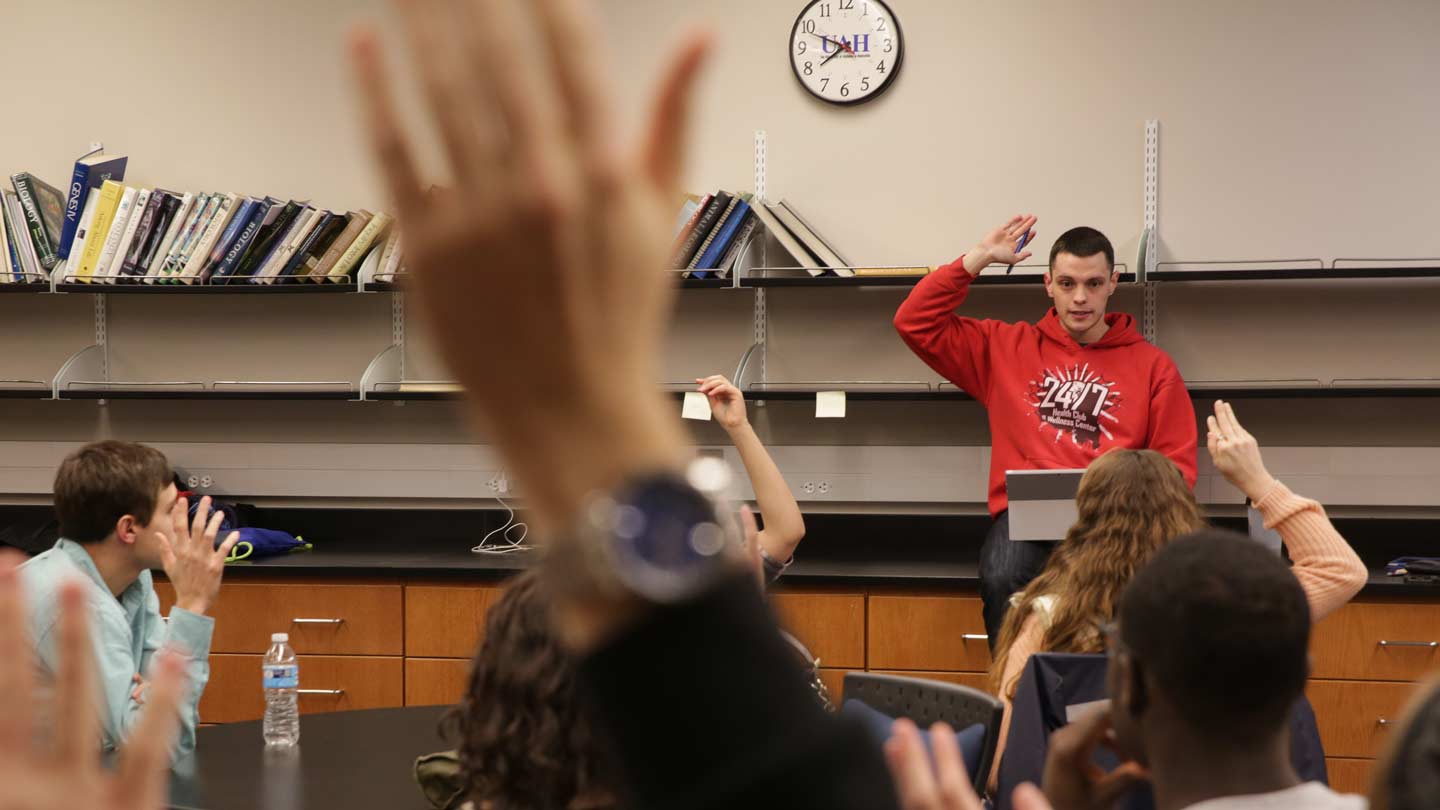 The Biology Society at The University of Alabama in Huntsville (UAH) is back, and back in a big way. The once-defunct student-run organization re-formed last semester under the leadership of current president Christopher Sebastian, an Honors student and junior biology and computer science double major, and has been active both on and off campus ever since.

"It just seemed like a great way to bring more attention to the Department of Biological Sciences and to help students get more involved in the biology community," says Sebastian, a native of Huntsville, Ala. He credits the club's secretary, fellow biology major Emily Olsen, with bringing the idea to his attention. "She texted me and said they were looking to start it back up again, so I got interested," he says. "It sounded like a lot of work and I was already busy, but I really wanted to do it."

He immediately found supportive allies in Carey Snowden, outreach and events coordinator for the College of Science, and Dr. Bruce Stallsmith, assistant biology professor, both of whom had long been advocating for the club's return. "Some of the greatest learning experiences I had as a biology undergraduate was through my interactions with other biology majors outside of the classroom," says Snowden. "So we really wanted the Biology Society to return and give our biology students more opportunities to learn, to grow, and to lead."

I hear so many biology students saying they needed experience, so I want to help them learn about all of the different things you can do in biology that they wouldn’t just by being students alone.

With Snowden and Dr. Stallsmith agreeing to serve as the nascent club's staff and faculty advisors, respectively, Sebastian then recruited his fellow students to join him and Olsen on the club's executive committee: Jennifer Li as vice president, Cat Perry as marketing coordinator, Kenia Colin as social chair, and Noemi Eitel as treasurer. "We met for the first time last September to set the club up and write a constitution," says Sebastian. "Now we meet twice a month unless we do an event, which takes the place of the second meeting."

This past semester, those events included touring the nearby HudsonAlpha Institute for Biotechnology, hosting a mad scientist costume ball and breast cancer fundraiser, and visiting the Centers for Disease Control and Prevention (CDC) in Atlanta. This semester, says Sebastian, "we are going to host a Darwin Day event and an Earth Day event, and we're planning trips to 'Bodies: The Exhibition' in Atlanta and the Tennessee Aquarium in Chattanooga."

He'd also like to lay the groundwork for incorporating UAH's Biology Society into the National Biology Honor Society, Beta Beta Beta. "I'm not sure how much more work that will be," he says with a laugh, "but I'm willing to take it as it comes!" Fortunately, he has a great group of students he can rely on. "I certainly wouldn't be able to do everything without the club's members and officers," he says ­- something the club's staff advisor is happy to second. "The Biology Society has so far exceeded my expectations since they reformed," says Snowden. 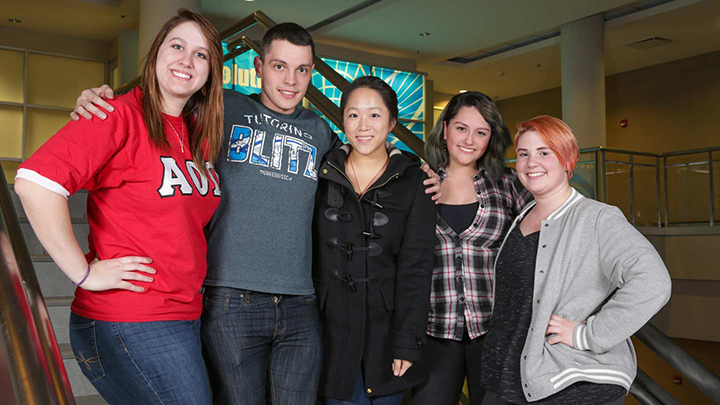 But perhaps Sebastian's most important agenda item is imparting the importance of hands-on research experience to the club's members. "Not many students go out and do research, but it gives you an advantage when you graduate," he says, adding that as president he hopes to be able to facilitate the connections that will allow them to do so. "I hear so many biology students saying they needed experience, so I want to help them learn about all of the different things you can do in biology that they wouldn't just by being students alone."

He himself has already amassed an impressive amount of research experience. For the least year, he has been working in the Ng Lab, testing the characteristics and kinetics of enzyme activity alongside Dr. Joseph Ng, associate professor and director of UAH's Biotech Science & Engineering Program, and other Ph.D. students. And this summer, he hopes to take part in the same Research Experience for Undergraduates program that he participated in last year. "I've learned a lot already, and I'm hoping to learn a lot more," he says.

That will no doubt benefit him going forward; Sebastian is planning to stay on at UAH after graduation to earn a master's in computer science and then pursue a career in computational biology. "I would like to work somewhere like HudsonAlpha as a bio-informaticist, preferably in protein chemistry of some sort," he says. And should that happen? He may one day be giving a tour to future members of the very Biology Society that he himself helped re-start.