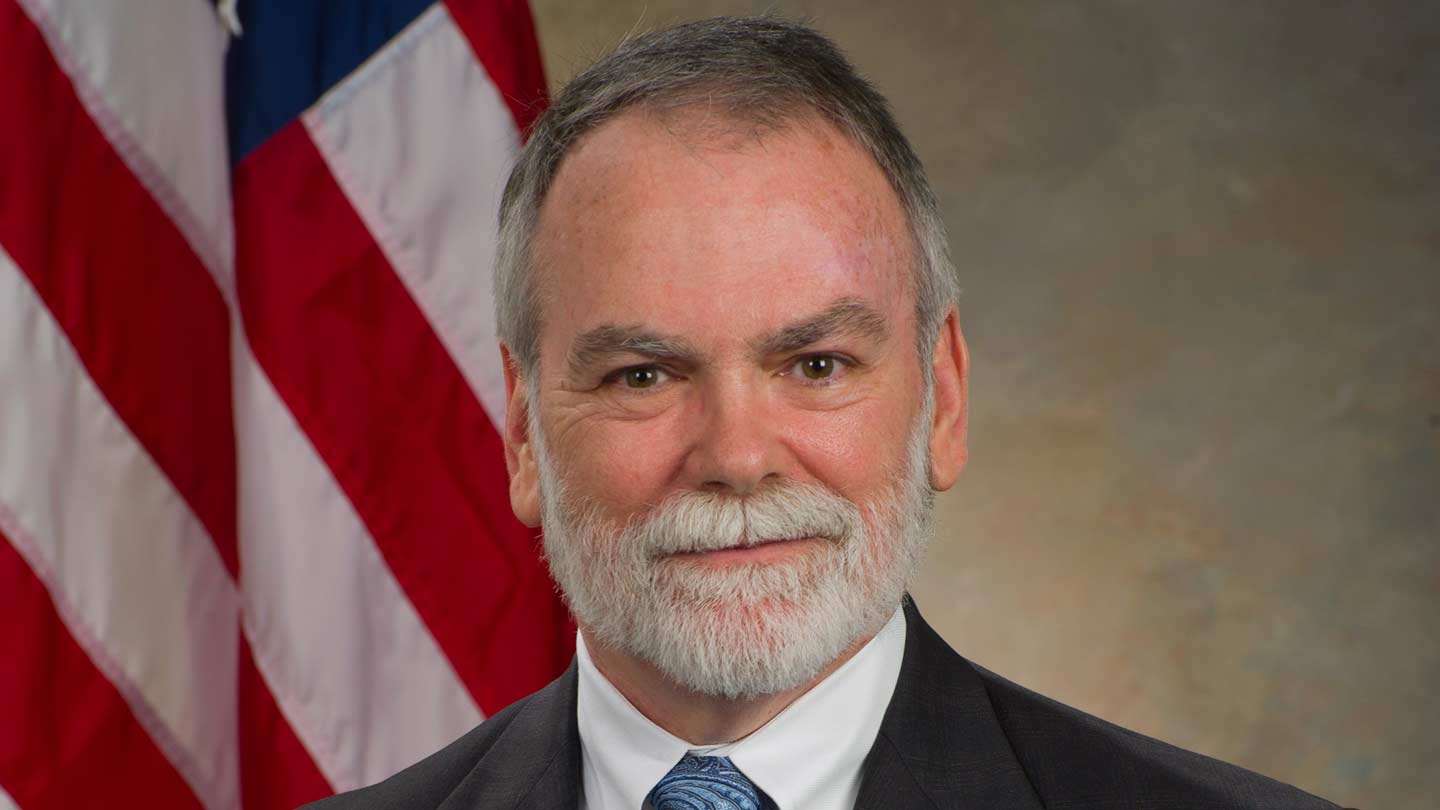 But it was Thomas's first mentor, his dad, who sparked his early interest in the field of engineering. "My father worked for General Electric in Huntsville as an engineering technician during the Apollo Program in the 60's. As a young boy, I was very fascinated with his work and knew that I wanted to be an engineer at a very young age. I remember well the Sunday evening in the summer of 1969 when I was allowed to stay up past my bedtime of 9 p.m., to watch (with the rest of the family) Neil Armstrong walk on the moon," said Thomas, now a Professor and Eminent Scholar in The University of Alabama in Huntsville's (UAH) Industrial and Systems Engineering and Engineering Management Department.

A native of Albertville, AL, Thomas grew up in the rural community of Alder Springs and graduated from Albertville High School (AHS). He noted, that "back in the day," there were no advanced placement or accelerated classes offered to eager high school students. Fortunately for Thomas he displayed an aptitude for science and math, so his interests and talents were aligned. "I visited several colleges around the southeast during my senior year at AHS. UAH just felt right at the time," Thomas said. "Looking back, I think that coming from rural north Alabama, and the fact that UAH was smaller and closer to home made it less intimidating for me. Furthermore, UAH had a solid academic reputation even back in 1977.

"For my Ph.D. work, UAH was one of the few engineering schools in the nation to offer a graduate degree in systems engineering, and that was what I wanted to study. That, coupled with the fact that I was living and working in Huntsville (Marshall Space Flight Center) at the time made UAH a perfect choice for my doctoral work."

While attending UAH, Thomas earned several undergraduate scholarships including a UAH Merit Scholarship as a sophomore, Samuel Palmer Scholarship in his junior year, and the Von Braun Scholarship as a senior student. He was also recognized as the UAH Engineering Student of the Year.

"My first engineering project occurred during the summer of 1980 while I was participating as a summer intern with the U.S. Army Missile Command on Redstone Arsenal," Thomas said. "The group that I was working with had a data acquisition system and a desktop computer, and they wanted to get the two working together…keep in mind that desktop computers were novel back in 1980," he said. "Over the course of the summer, I was able to get the two working as a system, although I don't know whether they ever put them to use after I left." Thomas earned his Bachelor of Science degree in Industrial and Systems Engineering from UAH in 1981.

His graduate awards include the Engineering Dean's Fellowship to attend North Carolina State University (NCSU), and he was also the recipient of the Institute of Industrial Engineers Graduate Research Award (third place nationally) for his Master's thesis. Thomas earned a graduate degree in Industrial Engineering from NCSU in 1983.

After working at NASA for four years, Thomas attended graduate school at UAH on NASA's full time study program and earned his Ph.D. within a year.

"More than anything else my UAH education equipped me with the confidence to attack any technical problem," Thomas said. "My professors at UAH pushed and challenged me routinely, and in doing so, actually created an affinity within me for complex problems that, at least at the outset, I really had no idea how to solve. UAH also provided me with a solid engineering education, and that coupled with the attraction to tackle the really tough challenges, has served me well during my NASA career."

Thomas served as Program Manager for the NASA Constellation Program (Cx Program). "The program was to be our generation's Apollo Program, returning the U.S. to the moon as a stepping stone to human exploration of the outer planets. Obviously, a tremendous engineering challenge. So when I was asked to serve, first as Deputy Program Manager and later as Program Manager, I jumped at the opportunity even though it required me to work out of Johnson Space Center in Houston (JSC). The scale of the Cx Program was staggering, involving work responsibilities at all 10 NASA field centers and four prime contractors," he said.

"We were making great progress, but a change in national space policy following a presidential election led to the Cx Program cancellation. The Cx Program was later described as 'well managed' in a Congressional hearing, and I took a lot of pride in that. Our major accomplishment was smoothly handing off key technical work product and contracts to the current Orion and Space Launch System Programs, enabling them to hit the ground running."

While working as the Cx Program Manager at JSC, Thomas had an opportunity to sit and chat with Neil Armstrong. "He came over to talk to the Cx Management Team in the wake of the program's cancellation, and I met with him one-on-one in my office for about a half an hour…it was truly memorable. I also met astronaut Eugene "Gene" Cernan, the last man to walk on the moon at Neil Armstrong's funeral."

Thomas's career highlights also include leading systems engineering and integration for the International Space Station (ISS) in the 90s. "The ISS is arguably one of most complex systems ever developed by man."

Thomas never envisioned returning to UAH to teach. "All that I'd ever wanted to do was be an engineer - and for an engineer who enjoys solving hard problems, NASA is one of the best places to work as problems are never in short supply. My career with NASA has been tremendous, allowing me to work on some very complex systems fraught with engineering challenges. Over the years I have taught a few courses for the UAH ISEEM Department, and served as an associate member of the graduate faculty. Serving as an adjunct professor, I realized that I enjoyed teaching and serving on students' graduate thesis and dissertation committees.

"However, when I learned that systems engineering had been identified as a strategic focus in the new UAH strategic plan, my interest was piqued," Thomas said. "I decided to apply when the Eminent Scholar in Systems Engineering position was announced, and quickly accepted when the offer was extended," he added. "The opportunity to teach and conduct research in my chosen field of systems engineering was simply one that I could not pass up - even though it entailed having to leave my job as MSFC Associate Director, which I truly enjoyed."

At UAH, Thomas will be working with other faculty members in the ISEEM Department and the College of Engineering, and the other colleges within the university to establish a vigorous and nationally recognized systems engineering research program.

Thomas noted further, that research establishing foundational clarity for systems engineering will greatly improve its practice, and in so doing enable development of better systems and better systems' development, both being extremely important as system complexity continues growing rapidly. "This vision for systems engineering research has been formed over the course of my 32-year career with NASA," he said. "Over that time, my challenging assignments in systems engineering for the International Space Station, various launch vehicles, and scientific spacecraft have revealed glaring shortcomings in the theoretical and quantitative underpinnings of systems engineering, and these shortcomings revealed themselves in often inefficient, sometimes ineffective, and occasionally failing systems design and operations. We can and must do better."

Additional efforts for the UAH ISEEM Department include, writing proposals and winning research grants to sponsor graduate research assistants, and then to steadily grow the program over time to eventually include postdoctoral research assistants. "With a viable graduate research program will come opportunities to involve undergraduate students as well," Thomas said. "The Huntsville metro area is a great environment for systems engineering, as complex systems developments abound in the aerospace and defense, genetic, software, and automotive industries. As we advance the systems engineering state of the art, we envision Government and Industry engagement opportunities to demonstrate these new methods - which will provide hands-on projects for UAH students at both the graduate and undergraduate levels. The opportunity to do just this is why I accepted the position."

An avid basketball fan, Thomas enjoys playing pickup basketball, and is on the waiting list for Charger basketball season tickets.