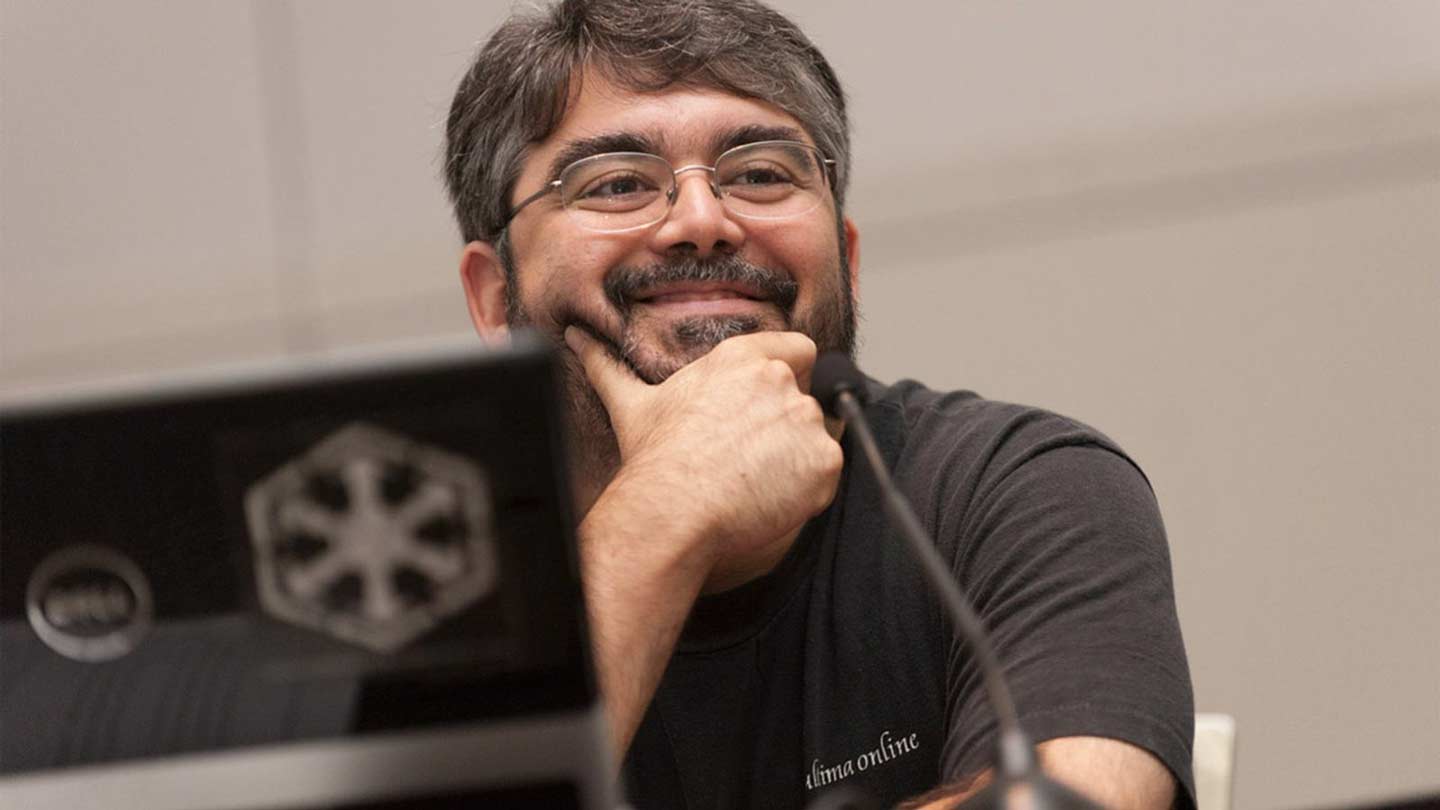 Raphael "Raph" R. Koster, veteran game designer, entrepreneur, theorist and author of the best-selling book Theory of Fun for Game Design will visit The University of Alabama in Huntsville (UAH) as part of the Distinguished Lecture Series, Oct. 9-11.

During his two day visit to the UAH campus, Koster will lecture to students and give the public address "Digital Bards: Interactive Media and the Evolution of Storytelling," on Monday, Oct. 10, at 7 p.m., in Chan Auditorium. The evening talk is free and open to the public. Koster's visit is hosted by the Departments of English and Art, Art History and Design. The UAH Distinguished Speaker Series is co-sponsored by the UAH Faculty Senate and the Office of the Provost.

Raphael "Raph" R. Koster has been professionally credited in almost every area of the game industry. He started out as a hobbyist, making games himself starting in his teens. Eventually, he played a key role on LegendMUD, an award-winning text-based virtual world. He has been the lead designer or director of massive online titles such as Ultima Online and Star Wars Galaxies; a venture-backed entrepreneur heading his own studio, Metaplace; and Koster has contributed design work, writing, art, soundtrack music, and programming to many more titles ranging from Facebook games to single-player games for handheld consoles.

He worked as Vice President of Creative Design at Playdom/Disney, where he served as creative director for DEEP REALMS and unannounced titles, as well as continuing to work on technology. Since leaving Disney/Playdom Koster has been an independent game developer and occasional consultant helping companies solve major product strategy and design problems.

Koster's essays and writings on online world design include widely reprinted and influential pieces such as “Declaring the Rights of Players”, “The Laws of Online World Design”, and “A Story About a Tree”. His book A THEORY OF FUN FOR GAME DESIGN was published in 2004 by Paraglyph Press (now from O’Reilly) and is used in several university courses as study material. In 2012 he was named an Online Game Legend at the GDC Online Awards.