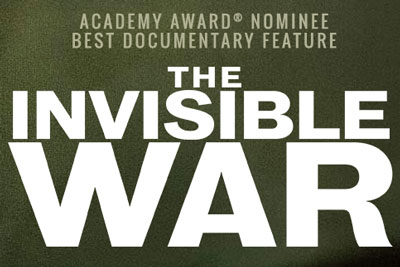 HUNTSVILLE, Ala. (September 27, 2013) - The University of Alabama in Huntsville (UAH) Women' s Studies Program is partnering with the UAH Women's Studies student organization, POWER, the UAH Veteran's Network, and the local branch of The American Association of University Women, to sponsor a showing of the 2012 documentary Invisible War .

The film will be shown Tuesday, October 1, in the UAH University Center Exhibit Hall at 7:30 p.m., (running time is approximately 97 minutes). The event is free and open to the public. Representatives Chanley Pickard and Jennifer Blatter from Army Community Service at Redstone Arsenal will give a pre-show lecture at 7 p.m., and answer questions after the film. Pickard, is Sexual Harassment/Assault Response Program (SHARP) Manager, and Blatter, is SHARP Victim Advocate, Army Community Service.

Invisible War by Kirby Dick and Amy Ziering, exposes the problem of sexual assault in the U.S. military. According to a Pentagon report covered by the Huffington Post in May 2013, "the number of sexual assaults reported by members of the military rose from 3,192 to 3,374 in 2012, while the department estimates that as many as 26,000 service members were assaulted, based on anonymous surveys" (Richard Lardner, 5/07/13).

Invisible War was one of four feature-length documentaries nominated for the Academy Award in 2013, and it has been nominated for many other awards. Time Magazine called it one of the "Ten Best Films of the Year."