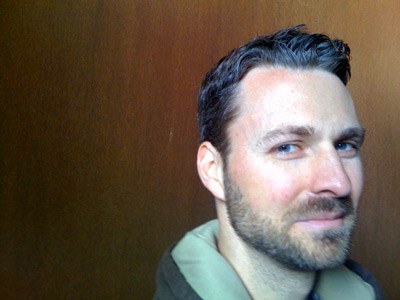 Playwright Josh Tobiessen will visit campus during the run of his play, Spoon Lake Blues, by the UAH Theatre Program.

HUNTSVILLE, Ala. (Oct. 2, 2013) - Starting next week, the Theatre Program at The University of Alabama in Huntsville will begin its eagerly awaited run of Spoon Lake Blues, a new comedy from playwright Josh Tobiessen.

The play, which follows two brothers who turn to robbery in an attempt to save their house from the bank, is based on Tobiessen's own stranger-than-fiction experience while on vacation a few years ago.

At the time, he says, he was staying in a cabin with "sketchy plumbing and carpenter ants," while next door stood a huge house with a two-car garage and Jacuzzi. That juxtaposition of wealth and poverty struck him as the kind of "honest conflict" that makes for a good plot.

"In nearly every vacation town there's a divide between the wealthy people who live in large houses with great views for a few weeks of the year," he says, "and the locals, who often make their money working for the vacationers." 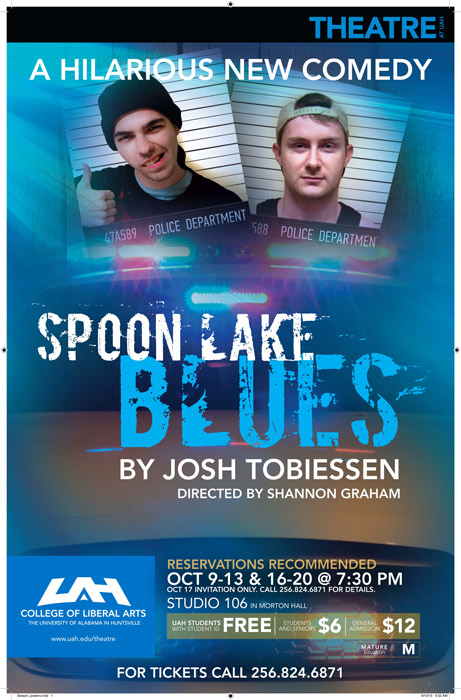 So he decided to start the play from the point of view of two local brothers. And from there, he says, "the script pretty much wrote itself." But while the play tackles some tough issues, like class and race, it's intended to be a comedy.

"I wanted to invite people into the conversation in a way that allows them to drop their guard," says Tobiessen. "When an audience laughs together, we forget who we're supposed to be and discover who we are."

Spoon Lake Blues has already been performed in a handful of other theaters, but it's a first for the UAH Theatre Program. Shannon Graham, a part-time instructor for the program, will bring her own artistic vision to the play as director.

Far from being nervous about her interpretation, however, Tobiessen is looking forward to it. "As an art form, theater usually benefits from the collaboration that is necessary in getting a play in front of an audience," he says. "I'm sure it will be a little strange at first when I'm in the audience, but I have faith that it'll be a great production."

He's also excited about what the actors themselves will contribute to the collaboration. "Spoon Lake Blues is a thought-provoking comedy with some great parts for younger actors, so I'm thrilled," he says. "I can't wait to see how it goes."