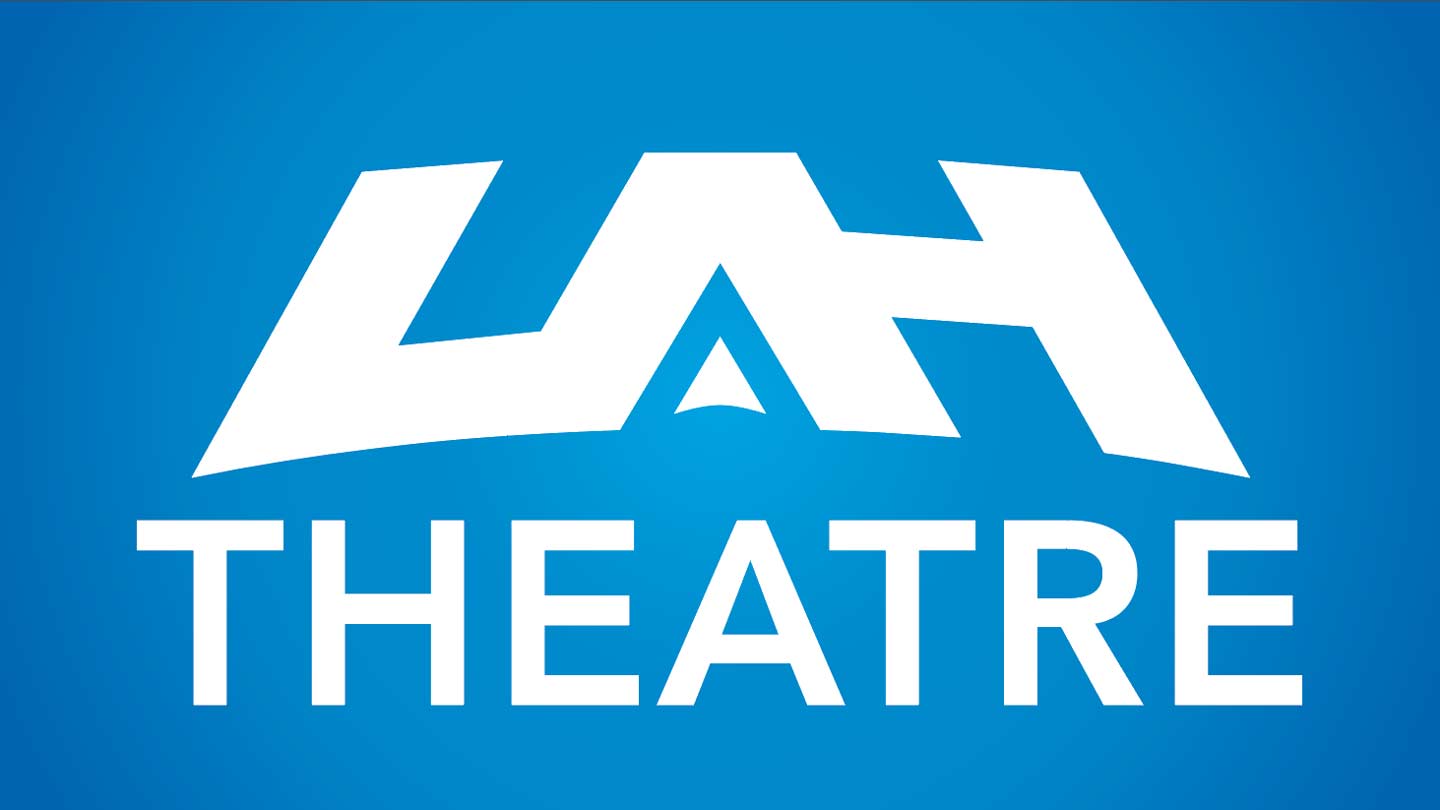 "Grounded," the story of a female fighter pilot reassigned to pilot military drones from a windowless trailer outside Las Vegas, opens the 2017-18 season for UAH Theatre Sept. 13-17, the first of five production offerings.

"This season is special because we have such a vibrant and diverse set of plays to share with UAH and Huntsville," says Amy Guerin, assistant professor of theatre in the department of Communications. "We have a contemporary solo play that is an Alabama premiere, a classic musical, a retelling of one of Shakespeare's most famous plays, a play about zombies that is a collaboration with the UAH Animation Program and two student showcases."

One of the most notable things about UAH Theatre this season is the new Theatre Annex, Guerin says, which offers 10,000 square feet of technical space. It includes a scene shop, a paint shop, a costume shop and a state of the art computer lab.

"It’s everything we need to bring the best of entertainment technology teaching and learning to our students," she says. "We're thrilled to have it and to show UAH and Huntsville how strong UAH Theatre is, and will continue to be."

Those who have never attended a live performance are in store for an intimate treat, Guerin says.

"In this day of smartphones and apps, live performance is a revolutionary act," she says. "Live actors, just a few feet away, with no screens between them and you – you are with the actors in their space – there's no room to hide, there's only the community of the performance."

Audiences will find something to love in all the shows, she says.

"I'm so excited about these plays because they all bring something completely different to the theatre."

In this solo play, a female fighter pilot tells her story: she was an ace until motherhood grounded her career. Reassigned to pilot military drones from a windowless trailer outside Las Vegas, now she hunts terrorists by day and returns to her family each night. As the pressure to track a high-profile target mounts, the boundaries begin to blur between the desert in which she lives and the one she patrols half a world away.

"The Threepenny Opera" – by Bertolt Brecht and Kurt Weill

Brecht and Weill turned to John Gay's 18th-century "The Beggar's Opera" to fashion this savage, biting commentary on bourgeois capitalism and modern morality. The bitter tale is told of the predatory outlaw known as Mack the Knife. He secretly marries the daughter of Soho's underworld boss, but is soon betrayed by his sinister in-laws and sent to prison. After being freed by the police chief's daughter, he is again betrayed – this time by a prostitute – and sentenced to death. At the final hour he manages a reprieve from the Queen herself, thus providing a menacing finale of ferocious irony.

Join the early career artists of UAH Theatre's Directing and Acting classes for an evening of 10-minute plays.

Calarco’s provocative version of Shakespeare’s "Romeo and Juliet" begins at a prep school, where four students tire of the monotony of conjugating Latin and lessons on proper behavior. One finds a copy of "Romeo and Juliet," which they take turns reading aloud. Through Shakespeare’s words, these young people begin to make sense of their lives and to understand the pressures they feel from family, school and society. This four-person staging of Shakespeare’s play explores ideas about love, loss and life as seen through the lens of youth. Usually performed with an all-male cast, UAH’s production of "R & J" will be an all-female production. You’ve never seen "Romeo and Juliet" like this before!

In a suburban neighborhood of identical houses, all is well. The Neighborhood Association makes sure that all the rules are followed: the grass is the correct length, the pocket park is tidy and everyone knows their place. But when a group of teenagers get their hands on the online horror video game "Neighborhood 3: Requisition of Doom," set in their very own neighborhood, their mission is clear. Kill the zombies. Bring down the Neighborhood Association. Trust no one. As the line blurs between virtual and reality, the players realize that fear has a life of its own.

Theatre majors from the design, performance, and dramaturgy areas present their industry-ready portfolios, audition packages and written works as they prepare to enter the job market.

Students will travel to Athens, Greece for a study and tour of ancient Greek Theatre at the American College of Greece/DUREE. The Theatre Program is seeking 12 students to join the roster. Cost per student will be around $3,000 plus enrollment in TH Special Topics - Ancient Greek Theatre, Spring 2018.