UAH students give back to community through volunteer event 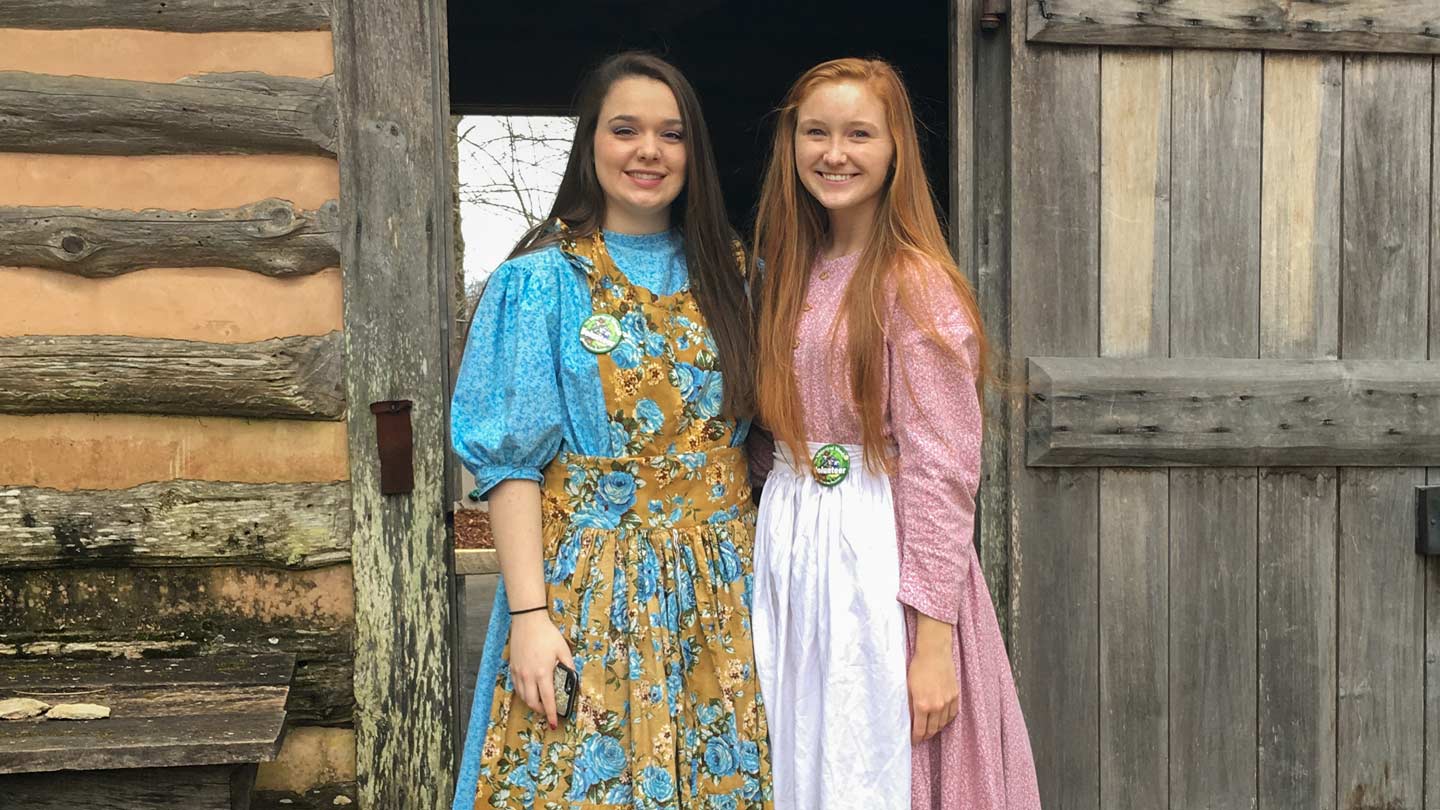 Volunteers for the SGA's Big Event dressed up as fairy tale characters and interacted with children for Burritt on the Mountain’s Whimsical Woods.

Since 2010, the Student Government Association (SGA) at The University of Alabama in Huntsville (UAH) has hosted the Big Event, a campuswide volunteer effort that lends a hand to non-profit businesses in the Huntsville area. Growing steadily in popularity over the years, it has attracted the attention and participation of an ever-increasing number of students. "This year we had about 225 students take part, which is almost 100 more than last year!" says SGA president and aerospace engineering major Austin Finley.

Needless to say, such an event requires quite a bit of planning, which is where people like Marissa Davis come in. As a member of the SGA's executive cabinet, the sophomore industrial and systems engineering major was the director of this year's Big Event. "One of my friends was in charge of organizing it last year, and it interested me so much that I wanted to apply for the job this year," she says. "I want it to open people's eyes to the different types of volunteer work out there and to the fact that it can be fun and enjoyable."

I want it to open people’s eyes to the different types of volunteer work out there, and to the fact that it can be fun and enjoyable.

To get the ball rolling, Davis first had to contact local organizations and ask if they were in need of volunteers for a one-day philanthropic effort. "We have a list of the locations that we have been to in previous years, so we started with them," she says, "but we really just tried to contact as many organizations as we could." This year, 18 non-profits were brought on board, including the Salvation Army, the Huntsville Botanical Garden, and the Madison Animal Rescue Foundation.

With the organizations secured, it was simply a matter of gathering the volunteers on the morning of the event and assigning tasks. "The students who volunteered at Madison Animal Rescue Foundation walked the dogs at their local Petco adoption event," says Davis by way of example. "Everyone enjoyed being able to be around the animals!"

Another popular location was the Huntsville Botanical Garden, where the students helped garden and cut out crafts. And for new participant organization Miracle League of North Alabama, whose Kiwanis-Clark field provides recreational resources to children with disabilities, the volunteers "helped out with field maintenance, like painting or power washing the sidewalks," she says. 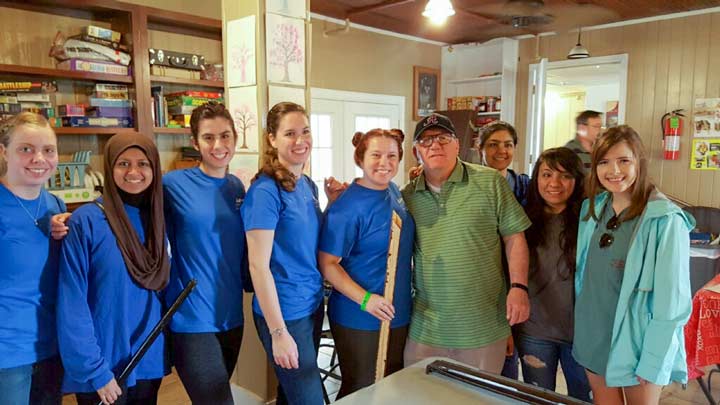 Over 220 students volunteered for this year’s Big Event, which involved 18 local non-profit organizations.

One of the most unique locations was Burritt on the Mountain, where students got to dress up as fairy tale characters for the grand opening of Whimsical Woods. "Our volunteers dressed up like Little Bo Peep, Goldilocks, and Huck Finn for the kids," says Davis of the event, which gives children small tasks to complete while interacting with their favorite fairy tale characters.

But even though helping organizations is the main purpose of the event, the volunteers were also rewarded for their hard work; the SGA held a raffle with door prizes such as Visa and iTunes gift cards, and awarded a trophy to the organization that had the most member participation. "Kappa Delta won this year, with 75 percent of their members involved," says Davis. "Delta Zeta was a close second, with 60 percent!"

At the end of the day, though, it wasn't the prizes that motivated students to show up. It was being able to lend a hand to those who need it most. "The students said that they loved it and want to take part in next year's Big Event!" says Davis. And indeed, many weren't even going to wait that long. "They told me they planned on going back the following week to wherever they had volunteered to help out again," she says. "That was one of the best things for me to hear and makes all of the hard work worth it."